Posted on 23rd January 2018 at 07:30
Having read the title, we know what you’re thinking – that we’re going to be talking about healthy eating, detoxing or something similar this week. After all, it is the start of the year, with many people still feeling the effects of overindulging over the festive period. Well, you’re on the completely wrong track!
Instead, we’re going to pass on a great story we’ve heard recently, albeit involving a rather unlikely topic. Road rage. And if that sounds like a rather unlikely topic, bear with us, it’ll all make sense in a minute. 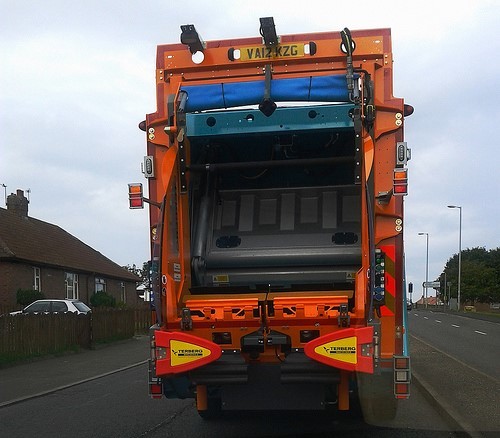 The story starts with someone in the back of a taxi on their way to a railway station in the middle of a large city in America. Say New York. All of a sudden a car came out of nowhere and cut straight across the road in front of them.
The taxi driver slammed on his brakes, the taxi skidded, tyres squealed and thankfully the taxi ground to a halt with millimetres to spare.
So what happened next?
Well, not surprisingly, a few choice words were spoken accompanied by a gesture or two (!). You can picture the scene…
But not by the taxi driver, by the other driver.
The taxi driver just smiled and gestured to the other driver to continue in front of him.
When asked why he was so unfazed by what had happened, the taxi driver had a very simple answer.
“So many people these days” he said “are like garbage trucks – or bin lorries, if you prefer (!). They go about their day full of all sorts of rubbish. Anger. Frustration. Disappointment. All they’re looking for is a place to dump it. If you let them, they’ll dump it on you. So when someone wants to make you the lucky recipient just smile, wave and wish them well as you go on with your day.”
Simple. And, when you stop to think about it, how often do you let someone else’s rubbish sabotage your good mood?
Even worse, ruin your day.
And it doesn’t matter whether it’s a bad driver, rude waiter, tetchy boss or awkward employee. The result is the same.
Then, even worse, the rubbish is passed on to various other people we come into contact with that day.
And the trail of destruction goes on and on.
So how about taking a leaf out of that taxi driver’s book? Deciding not to let other people dump their rubbish on you.
Let them continue on their way with a smile and friendly nod.
Not only will it make your life easier and less stressful but, you never know, may help jolt them out of their negative stupor.
Or, as someone so beautifully put it – and apologies that we haven’t been able to find the actual quote to get the words 100% right:
“If it isn’t positive I don’t hear it. Negative words slide off me like water off a duck’s back.”
As always, the choice is yours.
Tagged as: Mindset, New perspectives
Share this post: