Concussion, is it more than just a slight bump on the head?

Posted on 20th May 2020 at 06:19
We’ve all experienced Concussion at some time – or times (!) – in our lives. Ranging from a light bump on the head which is quickly forgotten about; to a more serious blow followed by a few seconds of unconsciousness and, perhaps, a trip to the Casualty Department.
Despite it coming in many different forms and from a huge variety of causes – and we’ve heard some very “interesting” stories of the events leading up to it, which we’ll leave to your imagination (!) – Concussion is generally considered to be a form of mild traumatic brain injury without long term effects. But is this really the case? 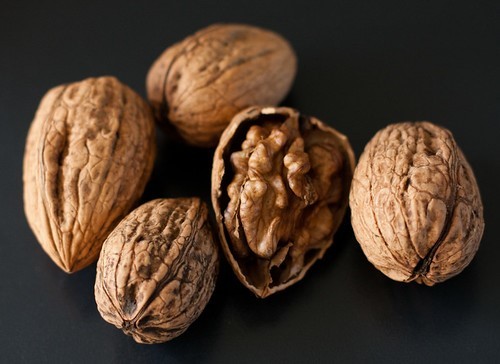 Before we go any further, let’s start with the basics and a quick biology lesson. And we do mean quick (!). An adult’s Brain weighs about 3 pounds – 1.5 kilogrammes, if you prefer – and is made up of soft tissue. Hence it being encased by the Cranium – the Skull – to protect it. It’s split into two symmetrical hemispheres, which look very much like that of a walnut. Ah, now this week’s choice of picture makes sense (!).
It’s also protected in two other ways. First, by being “wrapped” in three layers of tissues known as the Meninges. These are the tissues which are affected in Meningitis. “Itis” means inflammation, so Meningitis just means inflammation of the Meninges. And, second, by the Meninges containing fluid, known as Cerebrospinal Fluid to provide addition cushioning – or shock absorbing – to help protect the Brain from damage.
The lower part of the Brain connects to the Spinal Cord and together they make up the Central Nervous System. And that’s as far as we need to go today…
What exactly is Concussion?
Very simply, Concussion is due to a bump, jolt or blow to the Head or Body. It causes the Head / Neck – and so the Brain – to move backwards and forwards very quickly. This jarring movement can cause to trauma to the Brain, as well as a “stretching” of the Meninges and a build up of pressure within the Cerebral Spinal Fluid. It may also damage individual Brain cells and, longer term, trigger chemical changes within the Brain.
What are the symptoms?
Generally, symptoms appear quite quickly, usually within a few minutes or hours. However, sometimes they may not appear for a few days, which is why it’s important to keep a look out for symptoms in the days following the incident. They include:
• A Headache which just won’t go away and isn’t relieved by painkillers
• Dizziness, feeling spacey or dis orientated
• Being dazed, finding it difficult to stay awake or being non responsive to those around them
• Memory loss
• Clumsiness or problems with balance
• Feeling nauseous or being sick
• Double vision, blurred vision, “seeing stars”
• Changes in normal behaviour, such as sudden mood swings or becoming easily irritated
As always, it’s a case of a little common sense and severity of symptoms. Keeping a close eye on the person and, if you’re at all concerned, seeking medical advice.
However, there are symptoms which do need immediate medical action and these are:
• Being knocked unconscious and not waking up – or having difficulty remaining awake
• Confusion, finding it difficult to speak, walk or understand what’s being said to them
• Vision problems / distortion
• Clear fluid running from their Eyes or Nose
• Bleeding from the Ears
• Having a Fit or Seizure
Why is there concern about the possible longer term effects of Concussion?
There are several different reasons for concern.
To start with, as Concussion is classified as a mild traumatic injury, only a relatively small number of people seek medical assistance at the time. While for the majority of these it would simply be a case of providing reassurance; there are always going to be some people who did need assistance but, for some reason, fell through the net.
It also tends to be thought of as occurring after a blow to the Head. However, it can occur in many different ways, with falls – whether an actual fall or a trip – being the most common cause.
Added to this, while it’s linked to many sports or higher risk activities, research has found it to be surprisingly common in many others not traditionally considered high risk. So, while it would be expected in contact sports, such as Rugby, Football, Hockey or Martial Arts; what about Swimming or Gymnastics? Or occupations such as Acting or Nursing?
Many of the symptoms following Concussion are mild – so easily overlooked – and may only appear gradually, over a period of time. For example, a low grade ongoing Headache, that quickly becomes “the norm.” “Not feeling right” but without any specific symptoms. Being a little more irritable than normal (!). A change in sleeping patterns.
Finally, symptoms may be the result of one incident or cumulative, with damage occurring slowly over a long period of time. So, the person may not have shown any ill effects until after one incident which may not have appeared “serious” in its own right but was sufficient to tip the balance.
What health problems has Concussion been linked to?
Not surprisingly, Concussion has been linked to many neurological problems including Parkinson’s Disease, Dementia / Alzheimer’s Disease, Multiple Sclerosis and Depression.
What’s the message for today?
Well, as always, it’s about knowing the symptoms to be aware of so that the appropriate action can be taken if needed.
It’s also about those common sense precautions to help avoid it occurring in the first place. So, things like:
• Wearing a seat belt in the car. Yes, we know it’s a legal requirement, but it’s amazing how many people don’t - or have it so loose it won’t provide any protection if the worst happens.
• Similarly, using the appropriate protective equipment and helmet for higher risk activities whether at home or out and about.
• Removing trip hazards and ensuring steps, etc are well lit with handrails, if appropriate.
• Taking greater care to ensure the home is safe for older – or very young – family members.
Once again, it’s the little things you do each day that makes all the difference. Prevention is always better than cure.
As always, the choice is yours.
Picture by unknown artist
Tagged as: Health, Lifestyle, New perspectives
Share this post: