Do you listen - or just wait for the noise to stop?

Posted on 1st May 2019 at 08:36
As clients and regular readers of this blog will know, we love people watching and find the human condition endlessly fascinating. And, before anyone gets the wrong idea, we’re not talking about it from an “OMG” point of view. Nor from a professional one either, although David can spot a dodgy hip, back or knee at a 100 paces (!). Our interest is simply that no two people are precisely the same. And, yes, we know it’s a cliché, but that doesn’t stop it being true.
While we each have our own particular foibles, – or endearing little habits, if you prefer (!) - beliefs and behaviours, there are many we seem to share; whether we’re aware of it or not. The one we’d like to focus on today is something we can all succumb to at times although, sadly, it seems to be in danger of becoming the norm.
So what are we talking about? 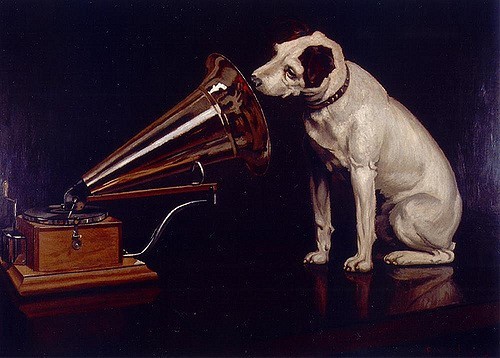 Well, ironically, the lost art of listening. And that is if you’ve been paying attention to what we’ve been saying so far…
To some extent, we’ve always lived in our own little worlds. Seeing our lives – and the world around us – in our own unique way. Both positive and less so.
However, in recent years, thanks to modern communication and social media; our own little worlds have become increasingly isolated from the wider world around us. Our own little world comes first, with everything else a poor second. It’s little wonder that many commentators have renamed social media “anti social media” for its less than positive effects on “old fashioned” face to face relationships and communications.
Anyway, before we digress too much further (!), the more isolated our little worlds become, the easier it is to fall into the trap of assuming that our opinion is the only one that matters. So we stop paying attention to anyone – or anything – else which goes against this.
This is then fuelled by the Little Monster in our heads – the ego, if you want to be technical (!) – whose favourite pastime is talking about ourselves. How our lives are so much worse / better / exciting / fill in the blank than anyone else’s.
So, instead of having a conversation – where each person actually listens to what the other has to say before replying – there are two monologues, with each person only focussing on what they want to say. Or, put another way, for all too many people listening has been replaced by simply waiting for the noise to stop before continuing with their monologue.
We’ve all had experience of this on the receiving end, where someone is so wrapped up in what they want to say that they’re completely oblivious to what’s being said to them. Perhaps they’ve had some very good – bad or exciting – news they want to impart and can’t focus on anything else until they’ve done so. And that’s quite natural and understandable.
However, it’s increasingly becoming the case that this is many people’s default way of communicating. And, if you want to see it in action, you have to look no further than politics and the recent madness around Brexit.
Whether it was in the Houses of Parliament or in the media, there was very little in the way of real communication or listening going on. Instead it was all about each person’s particular opinion / position – and the wrong one (!) – which was repeated ad infinitum, regardless of whatever else was going on. What a lost opportunity.
Listening, along with watching, is one of the easiest ways to learn anything new. Not only about the other person but, more importantly, about yourself. It’s not about being “right” or “wrong”, whatever that may mean. Instead it’s about broadening your experience and knowledge or gaining a benefit in some other way. After all, life is all about extending your horizons – learning new things – not in making them ever smaller.
One very important way this occurs is in noticing how the Little Monster in your head reacts to any new information; particularly that which challenges any knowledge / beliefs you may currently hold. It gives you the opportunity to upgrade – improve (!) – what goes on in your head and replace any outdated beliefs with ones that serve you better.
Listening is such a gift. Every conversation becomes an opportunity to learn more about yourself and others. Once you actually start listening to what the other person is saying, the Little Monster in your head instantly stops judging them. So, for the first time, you get an opportunity to really get to know them; rather than relying on snap judgements that are all too often wrong.
And don’t forget the other person too. For anyone, being truly listened to is the greatest compliment you can give. During that time they become the centre of your world and as Bryant H. McGill so beautifully put it:
“One of the most sincerest forms of respect is actually listening to what another has to say."
And, before we go, here’s a very sage piece of advice from Diogenes that has stood the test of time:
"We have two ears and one tongue, so that we would listen more and talk less."
So, now it’s over to you. What’s it to be? Listening or waiting for the noise to stop?
As always, the choice is yours.
Tagged as: Mindset, New perspectives
Share this post: