Does feeling sorry for someone actually help them?

Posted on 10th February 2016 at 07:45
It’s something we all do automatically – well most people do (!) – but have you ever stopped to wonder whether it’s actually helping the person concerned? Let alone you.
Confused?
Or wondering whether we’ve suddenly lost the plot and are about to start telling people to “pull themselves together”?!? The famous English stiff upper lip and all that.
Well, you’ll be relieved to know, neither is the case.
It’s simply time for a different perspective on something that most people do without a second thought.
Ready? Ok, here we go. 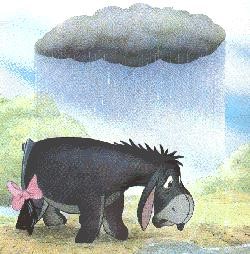 Let’s say your friend has just been told that she’s going to be made redundant. The company she worked for has lost a large customer and, after months of uncertainty, she was one of the 50% of employees made redundant through no fault of her own. She’d always done her best at work, going far beyond what was expected of her and naturally she’s devastated.
The traditional response to all this would be to feel very sorry for her. To go over and over what had happened. Discuss all the in’s and out’s in great detail, as well as the unfairness of it all. Oh and not forgetting the “what if” game, where all the other things that could have happened are put under the spotlight.
Not surprisingly by the time you’ve finished you’re both feeling completely miserable and powerless to do anything about the situation.
Now take a step back and ask yourself the question, has any of this actually helped either of you?
And the answer has to be “no.”
Your friend is now mired in a swamp of negativity; while you’re unable to think about anything else other than this terrible situation. And probably worrying about her too.
In fact all that’s happened is that a huge amount of negative energy has been added to an already negative situation.
So how about a different approach? One that helps both your friend – and yourself – in the process?
Well, to start with, a little sympathy or empathy isn’t a bad thing. Asking how she’s coping. What you can do to help her. Gently moving the focus on to a more positive track.
And, while it may be less easy to do to start with, looking for the benefits – or lessons to be learned - from the situation. It may be that she’d outgrown the job or got as far as she was likely to at that company. Perhaps her boss or colleagues had been subtly undermining her confidence for years. Or the job had become a drudge, with her thinking about a change of direction for ages, but never quite doing anything about it.
As soon as you both move out of “problem mode” – looking at all the things that are wrong – and into “possibilities mode” things begin to change. You both instantly feel better. More positive and in control. True, the situation isn’t one you would have chosen, but ideas begin flowing and things start to move forward. You’re both now on a positive path. Focussing on the things you would like to happen, rather than the things that have happened and you can’t change.
If you’re not sure about this new approach, just turn the whole scenario round by 180 degrees. If you had been made redundant would you really want to be on the receiving end of a tide of “doom, gloom and despondency”? Endlessly going over and over things, nit picking every little negative – and unfair – detail. Wouldn’t you feel so much better – and more in control – by a more positive approach?
Looking for the benefits of the situation. Things to be learnt. Moving into “possibilities mode.”
While it may be an old fashioned cliché, every cloud does have a silver lining if you look for it.
And, funnily enough, with the benefit of 20 / 20 hindsight how often do those things which seemed devastating at the time then turn out to be the best thing that could have happened?
So, while it may sound completely counter intuitive, feeling sorry for someone – or yourself – will never bring about the positive result you both desire. Nor allow you to help them – let alone yourself. All it does is bring additional “doom, gloom and despondency” to everyone concerned. Is that really the best way to help anyone?
As always, the choice is yours.
Tagged as: Lifestyle, Mindset, New perspectives
Share this post: