Don't be like a rabbit in the headlights, giving your power away...

Posted on 30th September 2020 at 07:21
Having looked at the ongoing madness from several different angles in the last few blog posts, we had planned to write about something completely different this week. However, with the hysteria in the mainstream media ratchetting up yet again, it seems we’ve been overtaken by circumstances!
For some reason, whenever there’s any kind of “problem” – big or small – many people seem to expect someone to rush in and sort it out for them. Someone in “authority” of some sort. The Government – a popular one (!) – the Police, Scientists, Doctors, etc, etc. If we ignore the religious overtones, someone – anyone other than themselves – to dive in and save them.
However, giving away our power to others to make decisions on our behalf, is fraught with danger. Not least because it’s based on a number of assumptions which may not necessarily be true... 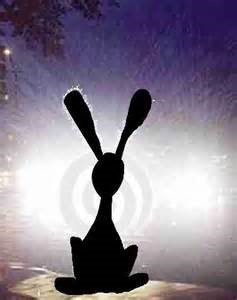 And, as an aside, just look at the spelling of the word “assume” for a moment for a very graphic reminder of the traps it conceals. ASS U ME. Or, as someone put it so beautifully, assume makes an ASS out of U and ME. You have been warned!
To start with it assumes that there is someone – or some organisation – who actually understands what’s going on. Has all the information, skills and experience to objectively assess the situation. Has the full picture.
That there’s a simple and easily identifiable cause AND solution.
And here’s the big one. That the solution is one we would choose for ourselves. Is fair and equitable to ALL concerned. Will be in everyone’s best interests. The cure won’t be worse than the disease.
Finally, that the problem can be resolved in a very short period of time, allowing life to get back to normal. Whatever that may be.
We’re sure there are lots of other assumptions at work as well (!) but you get the idea...
While it’s not what people want to hear, life is rarely that simple… Giving away our power to others to make decisions on our behalf NEVER guarantees the “right” result – whatever that may be – OR one that it’s in our own – or everyone’s – best interests. And, sadly, we’ve seen this again and again in recent months…
This is the reason why we keep on encouraging people to do their own research using information from a wide variety of sources. To make up their own minds on any topic. Large or small.
So, does this mean we expect them to come to the same conclusion as us?
No. Most emphatically, no.
Interestingly, this answer often surprises people, who're used to being pressurised to accept the “official” – or “accepted” – point of view on a particular subject.
All we ever ask people to do, is their own research. After all, to use the strapline at the end of every blog post, the choice is yours. Not to automatically rely on someone else’s opinion – and, yes, all “facts” are simply someone’s opinion / interpretation on whatever information they’ve looked at – but to find out the facts for themselves. To sit down and think about the issues involved. Make a decision about it for themselves.
And, where the situation is changing very quickly, making a clear cut decision impossible; to be brave enough to sit on the fence until it becomes so. Doing this can be the hardest thing of all. To admit that we don’t know and simply don’t have the necessary information to make a decision at this point in time.
Then, once we have made a decision, being willing to review it from time to time or as new information comes in. After all, nothing is set in stone and stubbornly refusing to take another look at things as circumstances change must be the height of madness. And, again, we’ve seen this all too often recently…
If this all sounds much too much like hard work, just think about the amount of time you spend reading, listening or watching the mainstream news every day. A fraction of that time would allow you to do your own research and reach your own opinions on the same topics. A radical thought, we know…
And, if we still haven’t encouraged you to do a little research of your own, why not adopt a different approach to mainstream news? Rather than simply allowing yourself to be carried along by it – becoming completely engulfed in it – making the effort to consciously read, watch or listen to it. Really pay attention to the message being put across. Notice how complex issues are simplified into sound bites. The inconsistencies. The follow up questions not asked. The assumptions you’re quietly being encouraged to make. How it fits into the bigger picture being portrayed.
Oh, and before we finish for today, a quick word about one other reaction we hear all too often when we suggest that people do a little research for themselves. That this means we must be Conspiracy Theorists, with a capital “C” and “T”. This is always guaranteed to make us laugh as, when we ask people to explain what they mean, they usually have no idea! Ironically, they’re simply parroting what they’ve heard on mainstream news.
Do a little research – again (!) – and you’ll find that this term dates back to the 1870’s, although it fell out of use until the 1960’s and 1970’s. It was then used by the CIA – and FBI – in America as a quick way to dismiss and ridicule anything that went against the “official” – or “accepted” – narrative. In other words, the story the Government wished to portray in the mainstream media. Increasingly, it’s being used by any organisation – or person – for exactly the same reason; as a way to quickly dismiss any story that goes against the one they wish to appear in the press.
Now, coming back to the present day – and the increasing insistence on their only being one set of “facts” and one interpretation of them – does it still sound so ridiculous to look at other opinions??? Do your own research. Decide for yourself what you think about a particular topic and how you’re going to react to it. Hopefully, not.
Once again, there’s so much more we could write, but we’re going to leave it there for today.
To use our favourite strapline, the choice is yours!
Picture from unknown author
Tagged as: Health, Mindset, New perspectives
Share this post: