Eggs are not the enemy...

Posted on 5th June 2019 at 08:48
While chicken has been considered a healthy source of protein for years, eggs have received a much less favourable press. This is largely due to a simple misconception which we regularly hear from clients. That eggs are high in cholesterol and saturated fats, so promoting heart disease. If not avoided, they should only be eaten occasionally.
Not surprisingly, this has led to a variety of different advice about limiting their consumption. These range from avoiding eggs altogether or, at the very most, eating no more than three eggs a week. As an aside, while doing a little research for this post, we were intrigued to come across the recommendation to only consume a quarter of an egg a week. Exactly how this would work in practice, we have no idea! 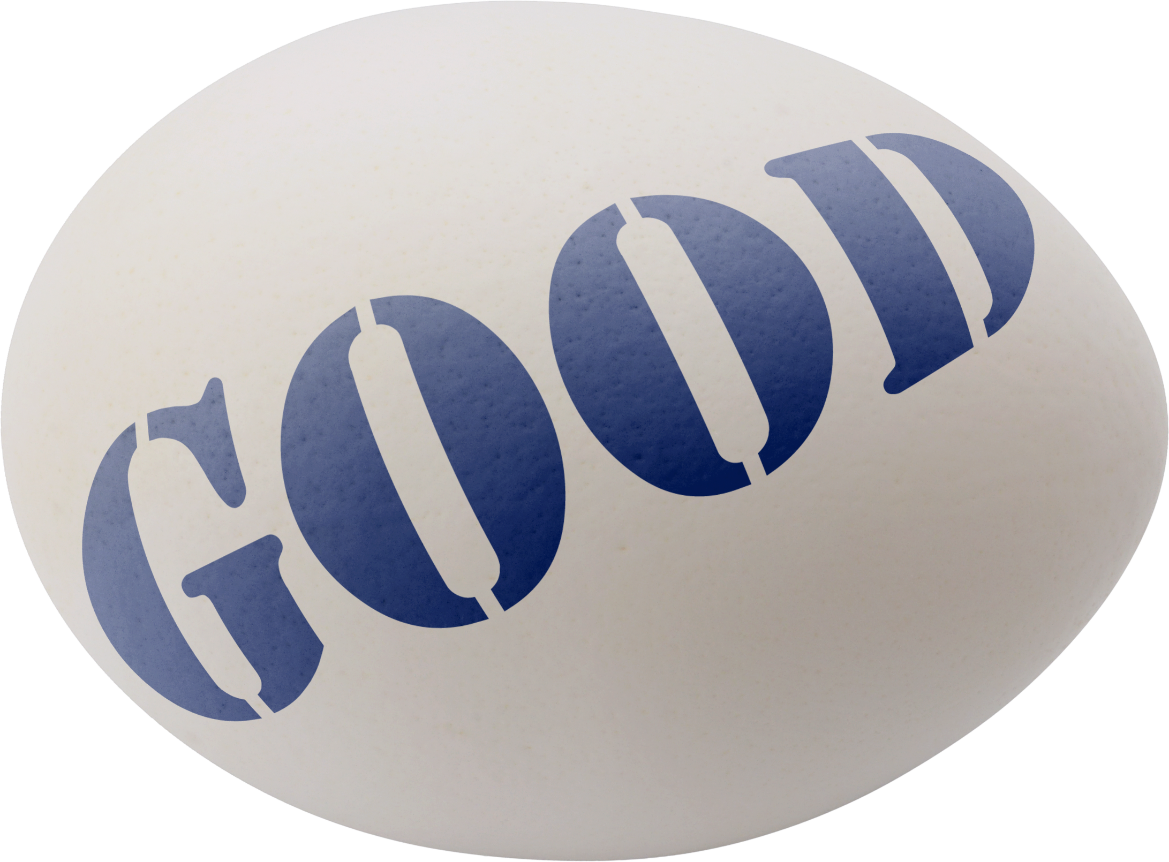 Despite a huge amount of research showing that cholesterol isn’t the villain it’s been made out to be, fundamental misunderstandings still remain about it. Not only is it essential for the healthy functioning of every cell in the body – particularly those in the Brain and Nervous System – it’s also needed to produce many different hormones, as well as supporting the Immune System.
To make matters worse, the use of statins – which reduce the production of cholesterol by the Liver rather than preventing its absorption from the food we eat – has been linked to many other health problems. It’s a topic we’ve covered before so, rather than repeating ourselves, they can be found here and here.
So let’s finally put all the hysteria about eggs to one side and take a look at why they’re such a valuable food source.
To start with, eggs provide an easily digestible source of protein and come with minimal packaging (!). They contain a huge range of vitamins, minerals and other nutrients including Vitamins A, B2, B5, B7 (Biotin), B12, C, D and K as well as omega 3, selenium, iron, zinc, lecithin and choline.
And, as a quick aside, eggs are one of the best sources of choline available. Like cholesterol, not only is it essential for the healthy functioning of every cell in the body, but also plays an important part in facilitating nerve communications. In addition, it helps prevent a build up of homocysteine in the blood – which is linked to heart disease – as well as reducing chronic – long term – inflammation.
Choline also plays a part in healthy brain function and is essential during pregnancy to help prevent birth defects such as Spina Bifida. Interestingly, research in America in 2017 found that it would be extremely difficult to get sufficient choline in the diet without eating eggs or taking it as a supplement.
With all those good things, what’s not to like about eggs?!?
Even better, they are so versatile and easy to cook. Whether boiled, poached, scrambled, coddled or, if you must, fried. And don’t forget the endlessly adaptable omelette or quiche / savoury flan (for those who remember the 1980’s adage that “Real men don’t eat quiche” (!)). Eggs can also be used in so many other savoury dishes too.
However, as with all food, HOW the eggs are produced is the most important thing. Sadly, many commercially produced eggs are a poor substitute for organic, genuinely free range, eggs. While descriptions like “free range”, “all natural” and “barn” may all sound better, chickens are still kept intensively and fed with food designed to maximise egg production. Even worse, antibiotics are routinely given in the drinking water and / or food to help prevent flock wide infections. And this is without all the other issues arising from the intensive farming of any animals. So, please, don’t be fooled by the pictures of happy chickens rootling around in a farmyard. These days are long gone.
For these reasons it’s always better to look for local organic, free range eggs. Organic practices mean that harmful pesticides and chemicals won’t be used in the feed AND the chickens will be allowed to roam free outside doing what chickens do best. Scratching about in the dirt and pecking up any snails, slugs or other beasties they can get hold of! If you can find locally home produced eggs, even better, with many people selling off their excess supplies in the spring and summer.
And, before we go, there are a couple of clever marketing tricks we should also mention. The first concerns eggs that are said to be high in essential fatty acids or Omega 3’s. All this means is that the chickens have been fed a diet high in flaxseed – linseed – which is well known for containing high levels of Omega 3.
While it may sound like a good thing, Omega 3 cannot be fully absorbed unless Omega 6 is also present, as well as Omega 9. So, simply increasingly Omega 3 on its own will not have any positive effect on the amount being absorbed. This is a very simple ruse that many people fall prey to.
The other one is that brown – speckled (!) – eggs are healthier than white ones. Again, this is completely wrong. The colour of the egg’s shell depends on the breed of chicken laying it. It’s as simple as that. There is NO correlation between its colour and nutritional content.
Despite this, brown speckled eggs are often sold for higher prices than identical white eggs. While we may be repeating ourselves, the nutritional content of any food will ALWAYS depend on what food the animal eats, as well as the conditions it’s kept in and its general health. The typical chicken feed based around grains and legumes will produce a less nutritious egg than one where the chicken spends much of her time outside, scratching in the dirt and eating greenery, snails and slugs.
As always, the choice is yours.
P.S. As so often is the case after writing a blog post, an article then hits our inbox about exactly the same topic – and, in this case, with research confirming that eggs really aren’t the enemy. Hurrah! You can find it here.
Tagged as: Diet, Health, Minerals, New perspectives, Vitamins
Share this post: