Fibromyalgia, is it all in the mind?

Posted on 7th November 2018 at 08:00
It’s a myth of modern medicine that there’s a definitive test / investigation / scan to allow every disease / condition / syndrome to be conclusively diagnosed. And, once this has occurred, a treatment protocol is ready and waiting to address the issue.
Sadly, this isn’t the case, with many patients failing to get a definitive diagnosis for their particular set of symptoms. Spending years in limbo trying to make sense of what’s happening to them. 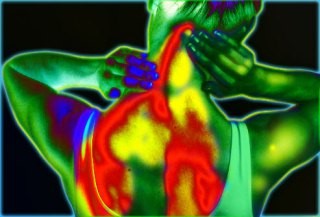 Sometimes there simply isn’t a test available to confirm the Doctor’s suspicions. In these cases, a diagnosis can only be made on a standard set of symptoms. With it depending on the symptoms the patient presents with on a particular day, it’s easy to see the pitfalls waiting to catch the unwary…
Or, perhaps, tests are available but none give a positive result. This leads to a negative diagnosis. In other words, there’s good news and bad news. The good news is that a, b and c have been ruled out. The bad news is that there’s still no clear picture of exactly what’s going on and it may be x, y or z.
Then there are the cases with very general symptoms, which don’t neatly fall into any particular box. And are incredibly frustrating for practitioner and patient alike. Not surprisingly it can be very easy for one of the stock phrases to be trotted out. “It’s your age / the change / all in your mind / fill in the blank.”
One condition which seems to be particularly prone to this approach is the one we’d like to focus on today. Fibromyalgia.
What is Fibromyalgia and why is it so often dismissed?
Fibromyalgia is a chronic inflammatory condition which causes widespread pain, particularly in the joints and muscles, along with extreme fatigue. It’s thought to be caused by the fascia – bands of connective tissue which surround and protect the muscles and other organs in the body – becoming inflamed. Hence the telltale symptoms of pain and fatigue.
Not surprisingly sleep is also disrupted, leading to depression, brain fog, headaches and irritability. Symptoms vary from day to day and may also flare up from time to time. It’s been found to affect women more than men, although why this should be the case is not known.
With no test available for it, diagnosis usually occurs after other conditions have been ruled out. These include Chronic Fatigue, Depression, Arthritis and MS. With the general nature of the symptoms, not to mention the similarity to many other conditions, it’s easy to see how patients can so easily be dismissed and misdiagnoses can occur.
Once other possibilities have been ruled out, Fibromyalgia is usually diagnosed on there being severe ongoing pain for at least three months in 3 to 6 different areas OR, if the pain is milder, in 7 or more areas.
What treatment is available?
The conventional approach is all about managing the symptoms and so includes painkillers, antidepressants, muscle relaxants and tranquillisers. Physiotherapy and counselling / psychotherapy may also be considered.
How about a different take on Fibromyalgia?
Chronic inflammation is a sign of an overactive and hyper sensitive Immune System. In other words, the Immune System starts over reacting to things that wouldn’t normally be considered a threat – or one that necessitates a full Immune System response. This leads to inflammation and tissue damage with the classic Fibromyalgia symptoms. The question is what would trigger such a response?
Interestingly, many people with Fibromyalgia have also been found to have a leaky gut, which means that large food particles pass from the Digestive System into the bloodstream. These are then detected by the Immune System and treated as a threat, triggering a massive inflammatory response to destroy them. This response then spreads through the body, resulting in widespread inflammation and tissue damage. Processed foods, artificial sweeteners / preservatives and gluten have been found to cause particular problems, as have the nightshade family of vegetables – potatoes, tomatoes, peppers and aubergines.
There also appears to be a link with an underactive Thyroid and, in particular, Hashimotos Disease. This is another autoimmune disease where the body’s Immune System attacks the Thyroid. They share many similar symptoms including fatigue, muscle tenderness and brain fog.
Added to this, an underactive Thyroid is often accompanied by Adrenal exhaustion, with the Adrenals releasing adrenaline at low levels to help plug the energy gap. While this can help keep the person on their feet in the short term, longer term the Adrenals can become exhausted, so exacerbating the problem.
Last, but not least, a sluggish Liver may make matters worse. The Liver is the biggest and hardest working organ in the body, performing a huge list of functions including detoxification. Where the Liver isn’t functioning properly, toxins start to build up leading to increased sensitivity, pain and inflammation; all symptoms of Fibromyalgia.
So what’s the answer?
Yet again, Fibromyalgia is another example of the need to look behind the symptoms for the underlying cause(s). To recognise that many different factors may play a part and that a multi pronged – and long term – approach is needed to address them. These include:
A gentle detox and Liver support.
Addressing the diet, as well as improving digestion.
Supporting the Thyroid and Adrenals.
Looking at lifestyle issues, particularly ongoing stresses and the need for rest and relaxation.
While this may seem over facing to start with, these issues can be broken down into a series of small changes, which would all help address the symptoms of Fibromyalgia. These are the things we talk about regularly in this blog and can be easily made part of day to day life.
As always, the choice is yours.
Tagged as: Diet, Health, Lifestyle, New perspectives
Share this post: