Posted on 9th February 2022 at 07:41
And, yes, we know this simple statement goes against prevailing logic. However, it’s one that seems to come up regularly with Clients, friends and family so is well worth taking a closer look at.
Interestingly, the response to our simple observation is usually the same. That we couldn’t possibly know what it’s like for them, which is both true and untrue. True, no one will experience it in EXACTLY THE SAME WAY AS THEY DO. Untrue, in that it doesn’t mean we can’t empathise with them, from our own unique viewpoint.
Unfortunately, by focussing on how it is for them, it’s all too easy to slip into victim mode – “poor me” – with all too predictable effects. Making the whole scenario much more difficult and, dare we say it, more painful and long winded to navigate. And, before we stray too far into these potentially dangerous waters (!), we’ll stop there… 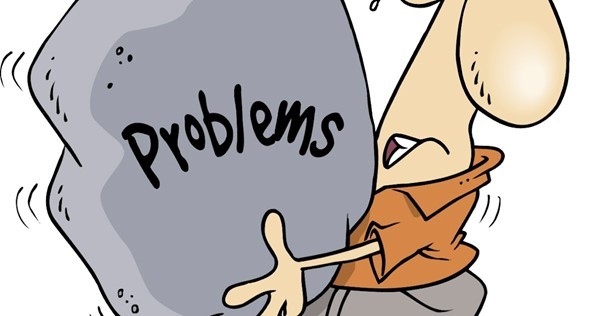 So, returning quickly to where we started, let’s take a look at the thought process behind the prevailing logic, which goes something like this:
It starts with thinking – or, more likely, worrying – about something until it becomes the predominant thing on their mind. Put another way, making a “mountain out of a molehill.”
Focussing exclusively on how “bad” and unwanted it is. How it’s NOT FAIR or justified.
From there, it’s only a short step to labelling it as a “problem” that needs to be “got rid of.”
Making it the main topic of conversation with those around them.
Ratchetting up the pressure a bit more by focussing on all those in a similar situation.
Perhaps, joining a “support group” of some sort, whether informal – with those around them in a similar position – or a more formal or organised one.
Then, having descended into a complete state of “doom, gloom and despondency” turning their attention to how to “fix” this problem. To just make it “go away.”
Now, let’s take a deep breath – or two (!) – as well as a metaphorical step backwards for a more objective look at this approach. To see if you can notice the glaring “problem” with it. And, yes, we’re using that word advisedly (!).
What you’ll quickly notice is that the entire emphasis is on what they DON’T WANT. How they want it to BE FIXED or GO AWAY in some other way, preferably by someone else doing it for them. Very little thought – or, more likely, none – is given to the outcome they WOULD LIKE. The positive outcome or result to whatever it is.
In other words, all their energy and focus are on what they don’t want, rather than what they do. It’s little wonder they don’t get the result they desire. Or, at least, a better result than the one they’re giving all that energy and focus to. And, we’ve all found this out the hard way countless times before in our lives…
So why do we still keep using the same approach with all too predictable results?
Well, the answer is very simple. And, once again, it’s down to the Little Monster in our heads who keeps us making the same mistakes over and over again.
Why?
For the simple reason that the known – even if it’s exactly what we don’t want – is always preferable to the unknown; even if it turns out to be better than we could have possibly imagined. Where on earth is the logic in that?!?
So, isn’t it time for a different approach?!? One that takes us in the direction we desire, rather than in the completely opposite direction.
Well, the good news is there’s a very simple solution. To keep our focus on the end result we do desire AND NOT the one we don’t. To put all our attention and energy on a positive result or outcome, even though we may find it difficult – or impossible – to imagine how it could possibly happen. And that’s fine, we don’t need to work out the “how”, just the “what.” Not letting ourselves be distracted by all the things we don’t want to happen and, all too often, are frightened about. And the same applies whether it concerns ourselves or someone else.
If there’s illness, to focus on complete health and wellbeing.
If there’s unhappiness, to focus on being happy in life as a whole.
If there’s a job interview, to focus on it going well and the job being just what was wanted.
And, while doing so, to imagine what the desired outcome would feel like. How good – and natural – it feels. Isn’t that so much better than the usual way of doing things?!?
If you’re in any doubt what the positive outcome could be, simply go for the complete opposite of what you’re currently focussing on. Got the idea?
Before we go, a quick reminder about two things that can easily shake your confidence in this new way of responding to whatever happens in your life.
The first is that it GUARANTEES the positive end result you’re focussing on AND it’ll happen in EXACTLY that way. No, it probably won’t. However, that’s good news, as you’ll soon see. What it means is that all your thoughts and energy are pointed in the same direction. So, a good result is much more likely. Even better, it makes getting from here to there much quicker and easier. But we’ve saved the best news for last. By focussing all your thoughts and energy in a positive direction, it opens up all the possible positive outcomes. This means a much better result than you could have possibly imagined is more likely. Hurrah!
The second is that you have to micro manage the whole process. Really get to grips with the “how”. Well, the good news is that you don’t need to. In fact, it’s much better if you don’t. There are so many different ways – how’s – in which even the simplest thing could be achieved, it’s virtually impossible to consider them all; let alone work out what is the best. It’s much simpler – and easier – to let go of trying to control all of these and keeping your focus on the desired end result. This just leaves you to take any gentle nudges you may be given to help you in the right direction.
It really is that simple IF you allow it to be.
As always, the choice is yours.
Photograph by unknown author
Tagged as: Lifestyle, Mindset, New perspectives
Share this post: