Greenwashing, the latest sleight of hand...

Posted on 18th March 2020 at 09:17
A couple of weeks ago, we mentioned “greenwashing”. It’s the latest tactic being used by companies to make their products appear more natural – greener – than they really are. Even if you haven’t come across this particular term before, you’ll have noticed the plethora of different “green” labels appearing on your favourite products. All those pictures of flowers, rolling green fields and the like. It’s fast becoming another fact of modern life, not just products related to health in some way.
So, what is greenwashing and why is it such a concern? 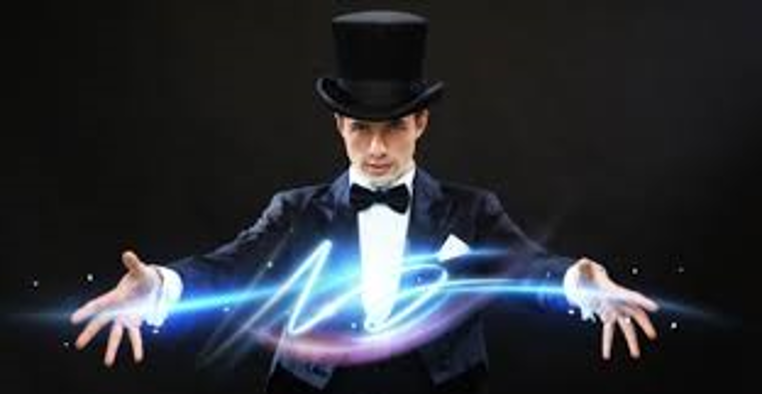 The Cambridge University Press online dictionary neatly sums it up defining “greenwashing” as “making people believe that your company (or product) is doing more to protect the environment that it really is.”
In other words, it’s all about misdirection and distraction, so the consumer doesn’t see the full picture. Ah, now the choice of picture makes sense!
In some cases, if we’re being charitable (!), it’s accidental and unintentional. Perhaps down to a lack of understanding, the wrong set of assumptions being used or insufficient research to back up the claims being made. However, all too often, it’s deliberate and designed to – at best – confuse consumers.
Greenwashing can happen in many different ways with new ones appearing all the time. However, to give you an idea of how widespread it is, here are some of the most popular methods:
Using environmental imagery. As already mentioned, this uses pictures of flowers and leaves, rolling meadows or animals skipping about in nature. It’s further enhanced with lots of natural colours, particularly green and blue, on the packaging. And all designed to give the impression that their product is “natural.” However, if you stop and think about it, genuinely “green” products and companies use plain – and minimal – packaging and much simpler images.
Misleading labels. Sadly, very few of the words blazoned across the packaging – and advertising generally – are backed up by agreed industry wide agreed definition. Let alone have any legal backing behind them. So, while it may look good to consumers, these labels are essentially meaningless. “Natural”, “Eco friendly”, “Skin friendly”, “Irritant free” and the like.
Lack of independent and verifiable supporting information. Again, while “certified”, “recycled” and “naturally produced” may sound good, they usually mean very little in practice. All too often there’s no independent vetting procedure or verifiable information to back up these claims.
A simple example of this is the current trend towards using recycled materials in packaging. While it sounds great that recycled material is being used, often there’s no figure as to how much this it. Or, if there is, it’s in such tiny writing – on a hard to read corner of the packaging – that it’s impossible to read.
Self made badges and awards. Very similar to the previous method, a company creates its own badge – or award – and puts it on their packaging. It may look good but, since it hasn’t been awarded by an independent third party, is completely meaningless.
Hidden trade offs. This is a much trickier one, but quickly becomes obvious with a little thought or research. While one aspect of the product could be considered to be “green” – and it’s this the marketing focusses on – others are not.
So, a product may be manufactured in an environmentally friendly way, but the way its raw materials are produced is not. Perhaps, certain aspects of the manufacturing process are less environmentally damaging, while others are not. Or, workers in the UK receive the minimum wage and other basic benefits, while those overseas do not. This is often a real case of “smoke and mirrors” as attention is drawn away from the less positive aspects of the product or service.
A current example of this are avocados, which are being marketed as the latest superfood. While there’s no doubt they are packed full of good things, unfortunately, they also require large amounts of water to produce. It’s estimated that about 70 litres of water are needed for each avocado. With production being centred in drought hit areas in central and southern America, water is being diverted from nearby watercourses, harming local people. Added to this are concerns about how the local workers are treated – and paid – as well as the huge amount of food miles required for them to reach the consumer.
Irrelevant claims. Another very cunning little trick is to say that a product is free of certain chemicals or not made in a particular – more environmentally damaging – way. However, if those particular chemicals or processes have already been banned – or are no longer used – at best it’s misleading.
A notorious example of this were claims made about products being “CFC free” long after CFC’s were banned in the UK and Europe in 1996. CFC’s were used in many products including aerosols, refrigerators, air conditioners, foam food packaging and fire extinguishers. Despite this many companies continued to badge their products as “CFC free” long after they’d been banned.
And, finally, the lesser of two evils claim. Very similar to previous techniques, it claims that the product is “less unhealthy” than another. Or, perhaps, “less unhealthy” than its previous form. The problem with this is that consumers tend to interpret this as being “healthier” which is not the same thing. Less damaging doesn’t automatically mean that something is better for you (!).
A current example of this are e cigarettes which are often marketed as being “healthier” than the conventional variety. The healthy way to smoke, if there is such a thing. However, both carry risks – albeit in slightly different ways – and so it’s misleading to say one is “healthier” than the other when both have been shown to be detrimental to health.
So, what’s the answer?
Well, as always, it’s simply a case of a little bit of forethought. Doing some research of your own before spending your hard earned cash. Often just asking whether it all sounds “too good to be true” is enough to set you on a different path.
And, while it may sound a little cynical, if anyone has to keep telling you just how good their product or service is – in any respect – then this should really set the alarm bells ringing. After all, if whatever it is, is really that good then it should be self evident.
As always, the choice is yours.
Picture by unknown author
Tagged as: Diet, Health, Lifestyle, New perspectives
Share this post: