Has illness become the new norm?

Posted on 26th October 2016 at 08:45
Having been in practice for a number of years we’re aware that our perspective on life generally – and health in particular – is rather different to everyone else’s (!). Or, as a younger family member so delightfully puts it, “You’re not normal, why can’t you be like everyone else?” Much to his annoyance we take this as a compliment, rather than the wind up he was intending!
In large part, we’d say this was down to our independent natures, possibly verging on delinquent at times (!) – coupled with a tendency to question things that everyone else seems to accept as true… 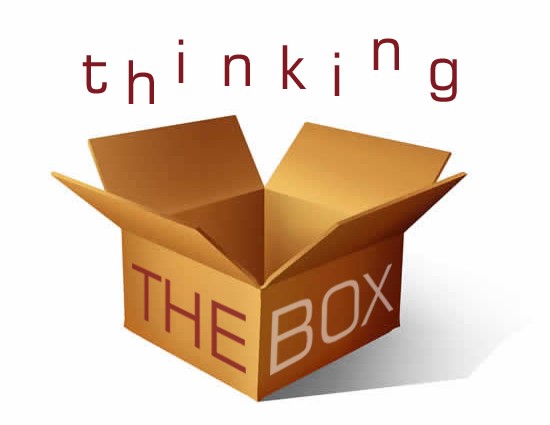 We always prefer to do a few minutes research on a topic – it’s so easy these days – before reaching a decision on it. And, if the position is unclear, we’re always happy to wait for further information to come along so that we can make an informed decision a few days / weeks / months later. Which, funnily enough, takes us back – yet again – to our blog post a few weeks ago about whether we jump to conclusions too quickly…
This means that we take much of what appears in mainstream media – and from so called “experts” – with a rather large pinch of salt. Particularly when – as so often happens – a story with the opposite message appears in the same place a few days later. It’s little wonder that people are completely confused.
However this isn’t what we wanted to talk about today. Instead it’s something that’s been happening very quietly over the last couple of decades, but has been gathering pace in recent years. It can be observed in any town today by spending a few minutes outside your local chemist watching the comings and goings. And this is how many people – of all ages – can be seen leaving with prescription bags or, in many cases, carrier bags.
Suddenly illness seems to have become “the norm”.
Now we know that some people will say “Well isn’t that what chemists are for?” but that’s missing the point we wish to make. Turn back the clock a decade – or two – and those collecting a prescription were in the minority. Usually older people. Or those with a chronic ongoing condition.
Medication – or surgery – was only considered after all the other options had been exhausted by the local Doctor who knew the patient – and their family – often over several generations.
These days it seems that taking the time to build up an ongoing relationship – and knowledge of a patient and their family – has been replaced by a “one size fits all” approach. With Doctors and Nurses only given a few minutes with each patient, it’s no wonder that so much reliance is put on ever more complex tests and standard medication protocols.
Added to this are the ever changing definitions of what is deemed “acceptable”, often driven by the latest government initiative.
A classic example of this is cholesterol, where the “acceptable” level has been gradually reduced in recent years. At the same time it’s been proposed that statins be prescribed to those over 50 on a “just in case basis.”
Hyperactivity is another example, with little account being taken that children learn by “doing”, not by sitting still in a classroom listening to their teacher.
Despite an increasingly high tech approach to healthcare, it doesn’t seem to have delivered the desired results. In fact, time and time again, exactly the opposite seems to be the case. Just look at the world around you and those you meet each day. Can you honestly say that people look fit and healthy? Radiant with good health? Sadly, the answer is “no.”
We’ve mentioned before the gentleman who preferred to take a “little pill” – statins – so that he didn’t have to make any changes to his lifestyle. In this case to stop eating sausage rolls and meat pies. But, sadly, this illustrates the approach many people take to their health. And we’ve heard this logic many, many, times over the years in response to a multitude of different health problems.
Then there’s another story we heard recently, which illustrates how the approach of GP’s has changed in recent years. It concerns a lady who was required to go for a work medical. She was fit and healthy and hadn’t been to her GP for years.
The first thing the doctor said was that she must have got her date of birth wrong. She couldn’t possibly be 47 years old, she looked too young. He then asked her why she hadn’t filled in all the form and why she wasn’t on any medication. Surely she must feel tired at times, have colds or headaches? He didn’t seem able to accept that she was healthy, without the need for any medication. The appointment ended with him saying that he’d be contacting her GP to make sure she’d told the truth.
So does this mean that we’re against all the advances of modern medicine? No, of course not, but a change in emphasis, coupled with rather large dose of commonsense, is required.
It really is time to return to basics. To put the emphasis back on each person being responsible for their own health AND the consequences of the lifestyle choices they make – or don’t make. After all, we only have one body and it’s up to us to look after it.
It’s never the job of ANY healthcare provider to take responsibility for their patients’ health – or to come up with a magic solution for every small issue. Medication should only be considered when simple – and commonsense – lifestyle changes have failed to produce the necessary results.
There’s so much more we could say on this topic, but we’ve probably said enough to get you thinking. And, as we’ve said many times before, that’s the whole point of this blog. To give you a different perspective on things you’ve probably never thought about before.
As we never tire of saying, it really is the small things we do on a daily basis that make all the difference, as this cartoon beautifully illustrates: 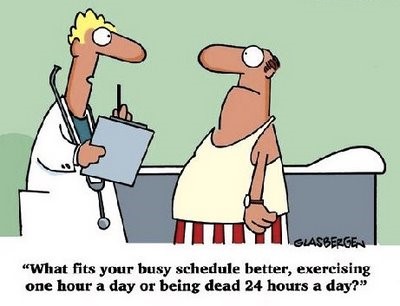