Have you ever thought about indoor air pollution?

Posted on 9th May 2018 at 07:30
In recent years there’s been a much greater awareness of pollution, particularly of the air we breathe and its impact on our health. It’s even been estimated that over 90% of the world’s population breathe in polluted air. Not only does this affect their day to day lives but also plays a part in a huge number of deaths each year. While those with Heart and Lung problems are more likely to be affected, poor quality air impacts on the body as a whole, particularly the functioning of the major organs.
Interestingly, when air pollution is mentioned, people invariably think about outdoor air pollution. And all the usual culprits. Cars, buses, planes, factories and farming. Rarely is indoor air pollution mentioned, even though this is where most people spend the majority of their time; whether at home or at work. And don’t forget the time spent travelling in the car, bus or train which also counts as being “indoors.” 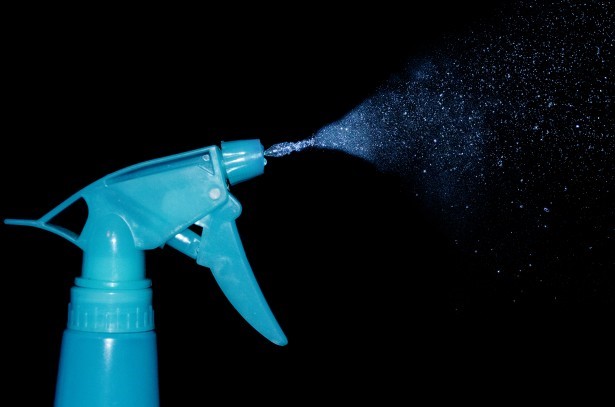 While we haven’t been able to find any figures for the UK, a study in the USA found that people spent around 90% of their time indoors. Of the remaining 10%, the majority was spent travelling between home and work, leaving only 2% in the open outdoors. This led to the EPA – America’s Environment Protection Agency – estimating that indoor air pollution can be two to five times greater than that outside and adding it to the list of public health risks we face every day.
So, with us spending the majority of our time indoors, let’s have a closer look at indoor pollution and ask the obvious question.
Where does air pollution come from?
When you stop to think about it there are only two possible sources. First, from the materials used to construct the building itself and everything in it. And, second, from the products brought into the building and used there.
Both are huge topics in their own right. In the first case, it’s a long time since building were made of natural materials such wattle and daub, clay bricks or stone. These days the majority of modern building materials are made up of a cocktail of many different chemicals. Matters are made worse by modern buildings being designed to be energy efficient and so more airtight. This reduces ventilation and increases the build up of indoor air pollution.
The second includes a plethora of different products, many of which we don’t ever think about using. At home this would include personal and house cleaning products from deodorants and hair spray to room sprays and cleaners. At work many other things would be added to the list, such as the chemicals used in air conditioning units and photocopiers.
However, in both cases, there is a quick and easy way to improve indoor air quality. That is to open the windows, at least for a short while each day, if not on a continuing basis. Even if the outside air isn’t pristine, it’s likely to be less polluted than that indoors. And the same applies to opening the windows in your car regularly too.
What are the most common culprits?
There’s a huge list but here are a few examples:
Moulds, from humid areas within a building such as bathrooms, kitchens and basements.
Bio aerosols, otherwise known as air borne bacteria and viruses, from people, pets, ventilation and air conditioning systems.
Combustion by products, from gas and other heaters, cookers, furnaces, chimneys and car exhausts from integral garages or basements.
Tobacco smoke – and this includes that from vaping too (!).
VOC’s, Volatile Organic Compounds, used in aerosols and many other chemical products such as paints, solvents, disinfectants, air fresheners and preservatives.
Flame retardant chemicals, found in foam cushions, carpets and mattresses.
Asbestos and other building materials, as well as some materials found in older houses such as arsenic in old paints and lead used for water pipes.
And, finally, one naturally occurring pollutant found in homes in certain areas and linked to many health problems. Radon.
What can we do about it?
As already mentioned, the quickest and easiest way to reduce indoor air pollution is simply to open the windows. Many new homes now have night vents – or trickle vents – allowing fresh air in, without needing to open the windows.
Air filters – or a bowl of water on a window sill – help to clear air borne contaminants and so improve the air quality.
Many house plants are well known for absorbing pollutants through their leaves and roots. They also look good and make you feel better too. These include ivy, peace lilies, rubber plants and spider plants. Even better, the majority of these are tough and hard to kill, for those not of a gardening persuasion (!).
Take off your shoes, which helps stop dust and other particles from being brought in – and spread – around the home.
Regularly hoover carpets and mop – or steam clean – hard surfaces. And don’t forget to also regularly check, clean and replace the air filters in your hoover.
Replace chemical laden personal and cleaning products with more natural ones. And this includes air fresheners and scented candles. There are many options now available, not forgetting all the traditional ones such as soap and water (!), borax and vinegar.
And, if you need an added incentive, a recent study in Norway has highlighted the damage everyday cleaning sprays can do to the Lungs, likening their long term effects to smoking 20 cigarettes a day.
If you have any clothes dry cleaned, ensure they are well aired outside before bringing them into the house – or wearing them again.
Make sure that your central heating boiler is regularly serviced and any open fires or woodburners are regularly checked and chimneys swept.
If you live in a radon area, there are now DIY kits to test whether your home is affected.
And, finally, make smoking an “al fresco” activity – and that includes vapers too (!).
Once again, it’s a case of a little common sense and forethought. There are so many simple things you can do to help address this issue which will also improve your overall health as well. And, at the same time, it’s a very timely reminder of the many benefits of spending more time outside in the open air!
As always, the choice is yours.
Tagged as: Health, Lifestyle, New perspectives
Share this post: