Posted on 22nd June 2016 at 07:45
Having read the title of this post – and looked at the picture – you’re probably expecting a police related theme to this week’s story. And in one sense you’d be right, although we have to admit that the link is slightly tenuous.
So what are we going to be talking about this week?
Feet.
Not a very exciting topic you may think but, bear with us, it’s a problem we’re seeing increasingly regularly with clients. And one that can be easily prevented in the first place. 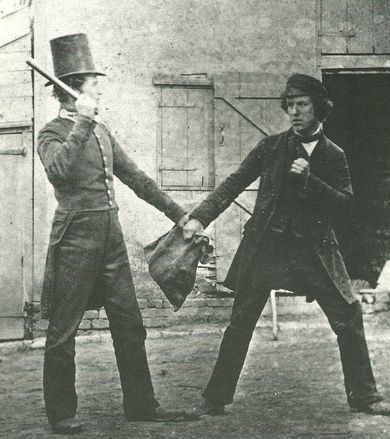 Colloquially known as “Policeman’s Foot” – ah the choice of title and picture suddenly becomes clear (!) – Plantar Fasciitis, was traditionally seen in policemen who had spent years walking the beat on the streets of their local town. Long before cushioned and well supported footwear was available, it’s easy to imagine the pounding their feet took, encased in stiff leather boots.
Characterised by pain in the heel, it builds up slowly over a period of time and can reach excruciating levels if left untreated. Usually only one heel is affected, although a few people are unlucky enough to have pain in both heels.
Surprisingly the pain is worse first thing in the morning – or after sitting for a while – and then slowly improves with a little walking. Sadly this is only a temporary reprieve, as too much walking – or standing still for any length of time – brings back the pain.
Often people will limp, or change the way they walk, to try and avoid putting too much weight on the affected heel. And we’ve seen some very “interesting” gaits as people do this (!).
What causes the pain?
It’s all down to inflammation. Running along the bottom of the foot is a tough, but flexible, band of tissue – a tendon – known as the Plantar Fascia. It connects the heel to the other bones in the foot and acts as a shock absorber. Not only does it cushion the foot, but also reduces the shock running up through the body as a result of walking and running. Through the ankles, knees, hips and back.
Over the years long periods of walking – or standing still – can damage the fascia causing it to thicken, leading to heel pain. Occasionally it can be caused by an accident such as straining the foot over uneven ground or wrenching it on a curb or step.
How can it be prevented?
As we’ve hinted at already, the most common trigger is long periods on the feet – whether walking or standing – wearing non supportive footwear. So the two pieces of advice we’re going to give you are very straightforward and simple.
First, change your position regularly. Don’t spend long periods of time either sitting, standing or walking. If you’re on your feet alternative between moving about and standing still. Intersperse both with a task that can be done sitting down.
And when you do have a well earned sit down, remember to mobilise your feet from time to time. Stretch and flex them. Up and down. Side to side. Rotate your ankles, not forgetting to go both ways (!).
And second, make sure your shoes or boots really do support your feet. So many shoes – particularly in the summer, when many people seem to live in flip flops – provide very little support. Just think of the pressure that goes through your feet if you spend all day walking on hard pavements or uncarpeted floors. Or at home walking bare feet on wooden or vinyl floors. We know that many people will say that shoes which really support your feet just don’t look good but, these days, there’s a huge choice of great looking shoes. Go and have a look, you may well be surprised!
Different approaches
The conventional approach to Plantar Fasciitis includes the use of painkillers and anti inflammatories. Supports or strapping may be used to support the foot alongside physiotherapy. If all else fails surgery may be considered as a last resort.
In our experience, “hands on” treatment is the quickest and simplest way to resolve this problem, perhaps with homeopathy alongside. However it’s crucial that the two most common triggers we’ve mentioned above are also addressed to prevent a relapse or recurrence in the future.
The bottom line, no pun intended (!)
As so often is the case, a little commonsense goes a long way. Not only to resolve the problem but to prevent it occurring in the first place.
As always, the choice is yours.
Tagged as: Health, Lifestyle
Share this post: