How do I know if I'm allergic to something?

Posted on 25th March 2015 at 07:30
With the Hayfever season rapidly approaching, allergies seem like the perfect topic for this week’s blog post.
Turn the clock back 10 or 15 years and allergies were rarely mentioned. Yet in the last decade or so, they’ve become increasingly common. It’s estimated that one in four people in the UK will suffer from an allergy at some time in their lives. And the number affected seems to be rising every year.
Do an internet search and you’ll find a truly bizarre list of allergies. Some are well known. Pollen and Hayfever. Dust and Asthma. Peanuts. Yeast. Milk – or more accurately, lactose. Others less so. False nails. Adhesive tape. Avocados. And our favourite, squirrel fur, which begs the question of how on earth researchers discovered this one! 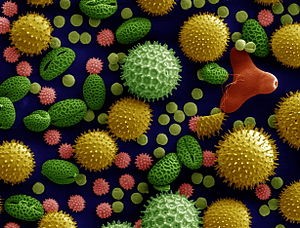