Is soy really a healthy source of protein and good for you?

Posted on 29th November 2017 at 07:30
Over recent years soy has been marketed as the healthy alternative to many meat and dairy products, appearing in an ever increasing range of products found on supermarket shelves. Much has been made of the important part it plays in the diets of those in the Far East, particularly Japan and China.
The logic goes that as Asian people traditionally have lower rates of heart disease, cancer and dementia AND soy is an important part of their diet; then it should be included in our diets for its health enhancing properties. (And, coincidentally, this is the reason clients always refer to when we ask them why they’ve made this change.) 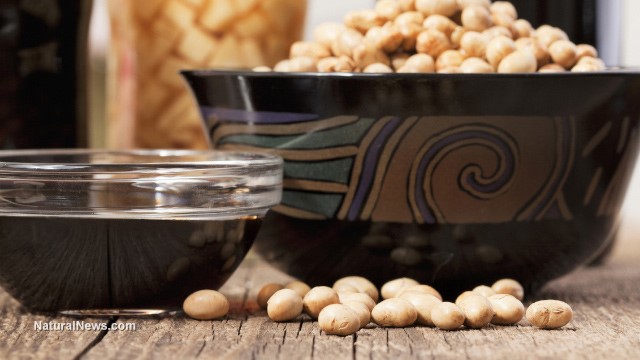 While it’s undoubtedly true that soy has been consumed in the Far East for centuries, one crucial fact is overlooked. Soy is ONLY eaten after it’s been fermented AND NOT in an unfermented state.
Why is this?
For the simple reason that soy beans contain large amounts of anti nutrients, in other words, toxins. Unlike other toxins found in the food we eat, these aren’t destroyed or deactivated by cooking. This means that they pass into the digestive system intact, causing problems both here and elsewhere in the body. They include:
Enzyme inhibitors, which block the enzymes needed to digest proteins.
Phytic acid, which blocks the absorption of minerals such as calcium, magnesium copper, iron and zinc.
Haemagglutinin, a substance that promotes blood clotting, causing red blood cells to clump together.
Nitrites, powerful carcinogens which form when the beans are dried.
Goitrogens, which interfere with the function of the thyroid gland and production of thyroxine.
Phyto oestrogens, which mimic oestrogen and interfere with the function of the reproductive system in both women and men; although they have a greater impact on women.
Ironically, many women include soy based milk and yoghurts in their diet thinking it will help with hormonal problems; particularly those around menopause. Instead, sadly, it causes more hormonal disruption while bringing with it many other health problems as well.
As an aside, one of the other often quoted reasons for eating soy is that it’s low in saturated fat and cholesterol and so helps reduce the risk of heart disease. However, this research has been disputed for a long time in America, with the FDA – Food and Drugs Administration – currently undertaking an investigation into it.
In addition, the way in which soy is processed only exacerbates matters. These include the use of high temperatures and pressures, acid baths and petroleum solvents to separate the oils and proteins to be used in different products. Given all of this, it’s not surprising that the end product is high in other toxins too, such as aluminium.
And, as an aside, do you really want to eat a food processed in this way? Hopefully not.
Just to make matters worse, soy was one of the first GMO crops, with the majority of that grown in America now being genetically modified. Even where this isn’t the case, soy has been found to be among the most highly pesticide contaminated foods on the market.
One other trap ready to catch the unaware is soy milk. This is made from unfermented soy – and so has all the problems already mentioned above – which then, to make it more palatable, includes large amounts of sugar. When taken together it provides a very poor alternative to milk.
We know we’ve said it many times before, but milk isn’t a natural part of ANY adult creature’s diet or necessary in nutritional terms. If you do still want your “fix”, goat’s and sheep’s milk are the closest to human milk – and so the most digestible – while rice or almond milk can easily be made at home.
So should soy be avoided completely?
Yes, UNLESS it’s in a traditional fermented form. In other words as tempeh, miso, and natto.
Curdling – the method used to produce tofu, which starts with soy milk – removes some of the toxins, but these remain in the curdling liquid around the tofu. This means that it contains less toxins BUT these aren’t completely eliminated. For this reason the advice for tofu is the same as for unfermented products, to avoid it.
Sadly, yet again, soy provides another example of a half truth being used to mislead consumers about the supposed health enhancing properties of a product. True, soy can be a part of a healthy diet BUT ONLY IF IT’s BEEN FERMENTED. This is why it’s so important to do your own research rather than automatically accepting the marketing hype for any product.
As always the choice is yours.
Tagged as: Diet, Health, Lifestyle
Share this post: