It's all about quality not quantity...

Posted on 22nd December 2021 at 07:24
With “that time of year” rapidly approaching – have you put the brussel sprouts on yet?!? – it’s time for our customary reality check. Or, dare we say it, dose of common sense…
With last year’s festivities being somewhat curtailed – to put it mildly – many people are going into overdrive this year to try and make up for it. And, if the warning bells aren’t already ringing loud and clear, you haven’t been listening. Adding even more pressure and stress to an already – potentially (!) – stressful event is never a good recipe for a positive outcome.
We’ve talked about the madness of the season many times before. The stress. Desire to make it “perfect”, whatever that may be. Trying to do it all single handed, with all too predictable results. And that’s just the start. 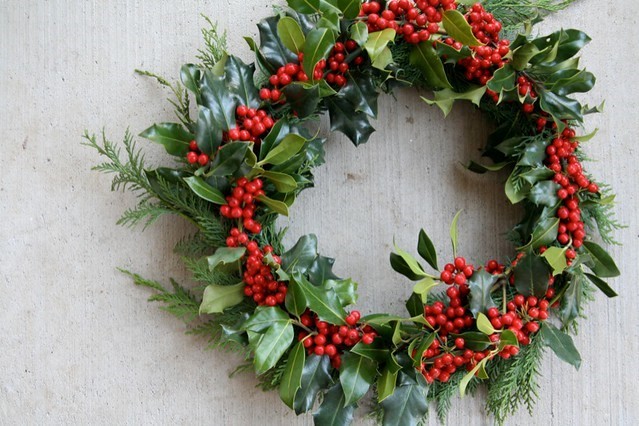 So, this year, we’d like to give you a different way to approach the festivities. That is, if it’s not already too late! To focus on quality not quantity. More is definitely not the way to go for a stress free and relaxing season.
It never was about having the latest “stuff” or enough food and drink to keep an army fed and watered for a month. With much of it never reaching our plates but going straight in the bin. What a waste, to put it mildly.
Instead, as with everything in life, it’s about quality NOT quantity. Spending time with family and friends for all the right reasons, not because it’s something to be crossed off the list for another year.
In other words, doing whatever you do with the most positive emotions you can manage, even Great Aunt Edna, who you could cheerfully murder for the rest of the year (!). Giving them your undivided attention, listening to them, after all, who doesn’t like to be listened to?!? Perhaps giving a “little something” you know will hit the spot, rather than the first thing you could grab off the shelf. While it may sound like much more work, it really does pay dividends. Not only does a dreaded event become much more manageable but everyone – particularly you – will feel much better about it. And, you never know, even enjoy it!
Then, there’s the other side of this time of year. Yesterday, the 21st December, was the Winter Solstice. The shortest day of the year. Or, put another way, the longest night. It marks the low point of the year, with the Sun at its lowest position in the sky. Well, here in the northern hemisphere at least. Then, for three days, the Sun seems to stand still in the sky before starting to slowly rise towards its highest point at the Summer Solstice in June.
Traditionally, this time of year has always been a time of celebration, marking the return of the Sun and the start of his long journey back up in the sky. However, there was another aspect to these long winter nights. It was the time of the year to go within. Both literally and figuratively.
To sit inside, around the fire, enjoying the warmth and safety as well as the company of family and friends. Having time for a little introspection, looking back over the year. Perhaps, longer too. Seeing what had gone well – or to plan – and what less so. Learning any lessons that needed to be learnt, any changes that needed to be made. Whether small “tweaks” or major changes.
Then, looking forward to the year ahead and where that would take you. Perhaps laying a few plans or good intentions. Now here’s the crucial bit. It wasn’t about detailed planning, but the general direction you wished to go in, the desired end result. Driven by inspiration, intuition and feelings rather than the very logical left brained modern approach. Not only is this a much easier way to plan ahead, but leaves all the options of how it happens open. Instead of trying to micro manage every aspect, it leaves how it happens open, allowing life to nudge us in the right direction.
So, this year, why not enjoy all the aspects of this time of year; rather than letting it rush by as a very stressful and alcohol driven few days? Enjoying the company of friends and family, while giving yourself time to mull over the last year and look ahead to the new one.
We wish you a very happy and peaceful festive season and will be back, as usual, in the New Year.
As always, the choice is yours.
Picture by unknown author
Tagged as: Lifestyle, Mindset, New perspectives
Share this post: