Let food be your medicine

Posted on 27th April 2016 at 07:45
You may have heard this truism many times before, but did you know it dates back over 2,000 years to Ancient Greece? And to the Greek Physician, Hippocrates.
Often referred to as the “Founder of Medicine” Hippocrates was the first to separate medicine from superstitions. Rejecting the prevailing view of the times – that disease was caused by evil spirits or disfavour of the gods – he used observation and the study of the body to understand and treat disease.
While his observations may be over 2,000 years old, they are as relevant today as they were at the time. For example, that the body should be treated as a whole and not just a series of parts. Incorporating a good diet, fresh air, cleanliness and rest into all treatments.
There’s so much we can still learn from Hippocrates but, today, let’s focus on the healing power of the food we eat. 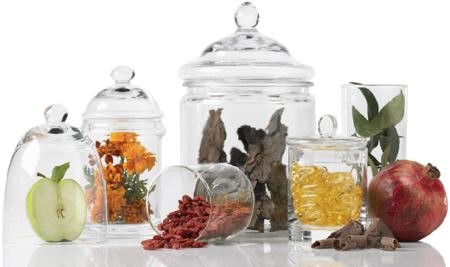 It’s always struck us as ironic how easily people accept that “feeding” the wrong data into a computer will never achieve the right result. Or, as those in the trade say, “rubbish in, rubbish out.”
Nor will putting the wrong fuel in your car. Having said that the effects are much easier to see – and more dramatic. Not to mention costly.
So why is it that people seem to find it so difficult to join the dots between the food they eat and their overall health? Having had this conversation countless times over the years with clients, we’ve come to the conclusion that this is down to a couple of simple misunderstandings.
To start with food is usually seen as a fuel. Used to provide the energy we need to function day to day. As calories and, perhaps, the basic food groups. Fats. Proteins. Carbohydrates.
And then, on top of this, the body is still seen as a series of separate parts. The Digestive System. The Immune System. And so on. This view is reinforced by the way science is taught at school and the approach of modern medicine, based on ever narrower specialisms.
But this isn’t how the body works at all. Instead it’s a complex web of interactions, where the effects of one small change in one part can be felt all over the body. The so called “butterfly effect.” These, in turn, cause changes of their own. And a whole cascade of changes occur, most of which we’re completely unaware of. That is until symptoms start to appear.
The problem is that the body is incredibly adaptable, so problems often don’t appear for years – or decades – making it hard to join the dots.
Which takes us back to food and some fascinating research looking at the interplay between the Digestive System and rest of the body, particularly the Immune System.
While we tend to think of the Digestive System only in terms of breaking down the food we eat; it also has a number of other functions including being an important part of the Immune System.
If you stop to think about it for a moment, there are only a few ways in which foreign material or organisms can get into the body. By direct contact, via the skin. In the air we breathe, through the lungs.
But how about in the food we eat – or water we drink – via the Digestive System?
After all, the lining of the digestive tract is only one cell thick, making it relatively easy for substances to move across it into the blood stream. And then around the body as a whole.
Now for the crucial bit. Once any one part of the Immune System is triggered, it sends messages to the rest of the system to be alert and on guard.
Let’s go back to the food we eat. As we’ve said so often before, the modern diet is very different to the one our bodies were designed for.
And, if you look at it from the body’s point of view, much of the modern – highly processed – food is completely alien to it. Far from that it’s designed to digest. While it may be able to adapt to deal with it; it’s still alien and so treated as a threat. Which means the Immune System within the Digestive System is triggered. And this, in turn, puts the rest of the Immune System on guard too.
At the same time, eating these foods changes the natural balance of the digestive system. And so a rather vicious circle starts.
The end result is that the Digestive System ceases to function efficiently and we no longer derive the full benefit from the food we eat.
But the consequences don’t stop there. Many other processes are affected too including the production of various enzymes, vitamins and amino acids; not forgetting detoxification of the intestines and liver. In addition the Digestive System’s lining becomes compromised, allowing substances to pass through into the bloodstream which should not be there.
This further stimulates the Immune System, leading to chronic inflammation both of the Digestive System and elsewhere within the body. And on to many long term health problems including Colitis, Arthritis, Depression and Thyroid malfunction.
And it’s not just the modern diet that causes problems. Stress, poor sleep and the toxic world in which we live all put the Digestive System under strain, so exacerbating the problem.
As always, the body gives us signs that problems are afoot. Sadly these are all too easy to ignore. Bloating, indigestion or a feeling of tiredness after eating certain foods. Prime examples of foods triggering this are wheat and dairy, neither of which are part of a traditional diet.
Which brings us back to Hippocrates and letting food be your medicine. We’re sure you know what we’re going to say; but we’ll say it anyway (!). Cut out – or reduce – the foods your body isn’t designed to run on. Processed foods, wheat, dairy and all the other junk. And give it what it needs. A wholefood diet, high in fruit and vegetables, with good quality plant and meat protein. Not forgetting plenty of water too and time to relax too!
Remember that however well you think your body is coping with the modern diet, there is always a price to be paid. Whether now or later. So why not listen to your body now and give it the food it needs?
As always, the choice is yours.
Tagged as: Diet, Health, Lifestyle, New perspectives
Share this post: