Posted on 10th March 2021 at 07:28
A couple of weeks’ ago we wrote about Headaches and, this week, we’re now going to look at Migraines. While they’re often through of as a “bad Headache”, there is much more to them than this, as anyone who has ever experienced one will tell you.
If you want a very simple analogy, it’s like the difference between a Cold and full blown Flu. And, yes, we know there’s a grey area between them, but it’ll still give you an idea of how different they are – in terms of symptoms, intensity, duration and, just as important, time needed to get over it.
So, let’s take a closer look. 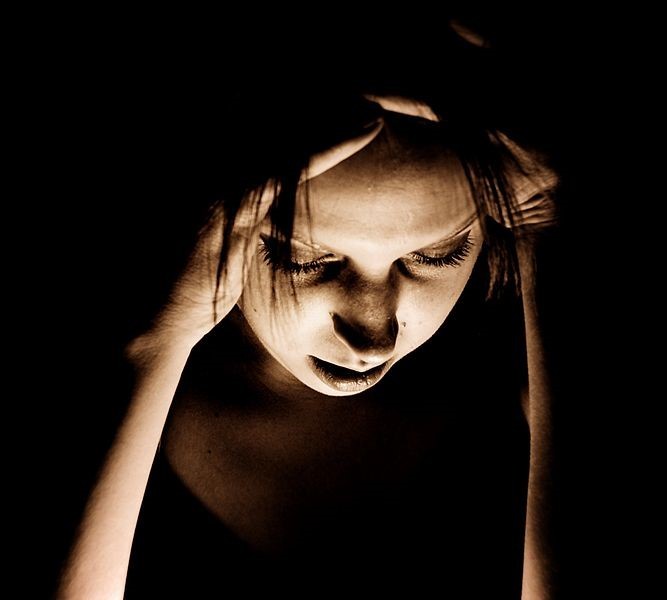 The main symptom associated with Migraines is pain. In medical terms it’s usually said to be “moderate to severe.” More commonly, it’s described as being excruciating; throbbing, stabbing or pulsating. It tends to only affect one side of the Head and is centred in one particular location. Around one Eye, on one side of the Temples or Forehead. Less common is more generalised pain, tending to affect both sides of the Head.
Alongside the pain, there may be other symptoms including:
• Nausea / Sickness
• Visual disturbances, with flashing lights, zig zags or spots across the vision
• Sensitivity to sounds, smells, light or taste
• Numbness / tingling in the Face / Hands
• Feeling “spacey” with trouble thinking and doing routine tasks
These symptoms can sometimes appear as a warning before a Migraine appears and are then referred to as an “aura”. In addition, some people may experience other warning signs a day or two before one appears, which tend to be quite specific to them. For example, irritability, feeling low, constipation, unusual food cravings or a stiff Neck.
Migraines can build up over a period of time or occur very quickly. Often, they appear overnight, with the person feeling fine when they went to bed but waking up with a Migraine during the night or the next morning. Sometimes they wake up with a full blown Migraine, other times with it starting to build up.
Migraines can last from a few hours to several days. Once symptoms have subsided, a recuperation period is often needed, with a feeling of being “washed out” for several days afterwards.
Sadly, one common theme running through Migraines is that painkillers have no effect on them once they’ve started. All too often, by the time the person has realised what’s happening, it’s too late to take them. This is because the Digestive System seems to shut down during an attack, although it’s not known why. This can lead to problems later, where someone has taken several doses of painkillers, thinking they haven’t worked; only for them all to hit their system once the Migraine wears off.
As with Headaches, there are some symptoms which should be checked out and include:
• Paralysis or weakness down one side of the Face or in one or both Arms.
• Speech suddenly becoming slurred or garbled.
• A sudden – and unusual – increase in the pain, unlike anything previously experienced
• The Migraine being accompanied by a high temperature, stiff neck, rash, confusion or seizures. These may be a sign of a more serious condition, including a Stroke or Meningitis.
Now the million dollar question, what causes Migraines?
Well, there are many different causes including head injuries / trauma, hormonal issues, stress / anxiety, tiredness, certain foods / drinks / medications. In our experience, hormonal issues are a big one encompassing the monthly cycle, menopause and the hormones found in the contraceptive Pill.
What can be done to help?
Identifying the trigger(s) is really important. It also needs to be remembered that the trigger – or intensity of the trigger – can vary with time as well as depending on whatever else is going on in the person’s life at the time.
For example, someone with Migraines linked to their monthly Period may find it’s worse when they are also under stress, tired or eating all the wrong things. Similarly, that person may find the Migraines change – for better or less so – as they reach the Menopause. And, yes, we know this is stating the obvious but you’d be amazed how often people simply don’t “join the dots.”
Similarly, identifying the things that help you, whether they make sense to anyone else. While the general advice is to rest in a cool, dark room this may not be the best approach for you. Some people prefer warmth or want to be outside in the fresh air, perhaps wearing sunglasses to help cut down on any glare.
At the same time, don’t forget all the usual advice given in this blog on a healthy diet / lifestyle still applies; both to help reduce the likelihood of episodes and their severity. And you should know what this is by now!
The herb Feverfew has long been recommended as a proactive measure to help reduce Headaches and Migraines by Natural Practitioners. Aromatherapy oils, such as Peppermint, Lavender and Sandalwood can also help too. However, as always, advice should be taken before using them.
Therapies can also be useful with Acupuncture, Homeopathy and Craniosacral Therapy helping to address the underlying causes and energetic imbalances.
As always, the choice is yours.
Picture by unknown author
Tagged as: Diet, Health, New perspectives
Share this post: