Posted on 22nd April 2020 at 07:10
It’s always good to have something to mull over and give the “little grey cells” a gentle workout. So, this week, we’re going to take a look at a little conundrum that’s been intriguing us in recent weeks. And that’s people’s shopping choices in the run up – and during – the current madness.
Here in the UK, we’re used to milk and bread flying off the shelves at the first mention of snow. Well, let’s be honest, even at the mere thought of snow. Which, in reality, usually means a couple of inches max and the country grinding to a halt for a few days. It’s one of those unwritten traditions we’ve all learnt to expect...
This is in stark contrast with a lovely comment we heard years ago from a Canadian. When asked whether she was worried about it snowing – and having to drive back to her hotel in London (!) – she said there wasn’t “proper” snow in the UK. Her definition of “snow” being that she couldn’t find her car in the morning. It certainly gives a very different perspective! 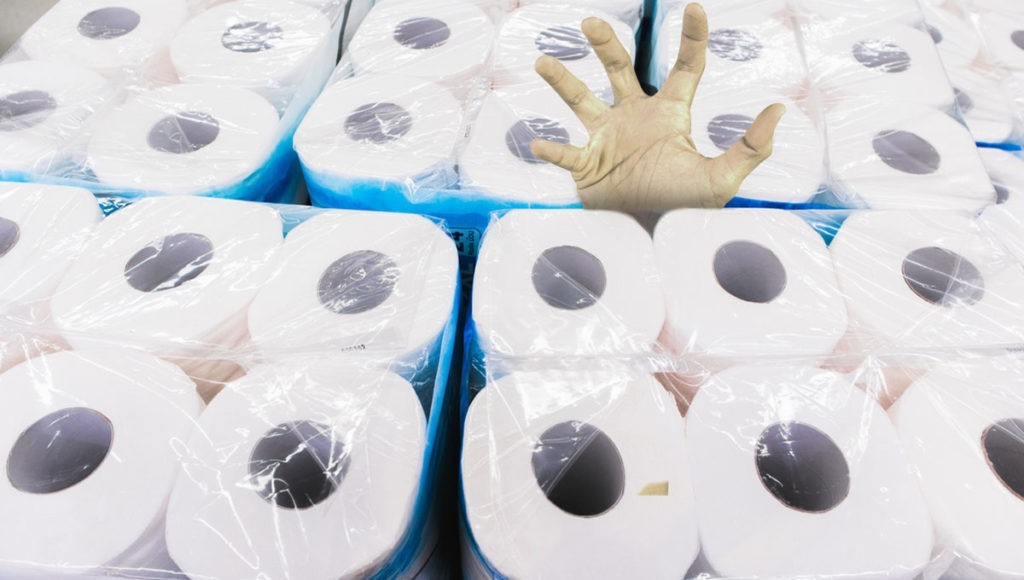 Anyway, before we digress too far, back to panic buying. With near saturation press coverage, both in the run up to the lockdown and ever since, it’s not surprisingly that many people went straight into panic mode. And, sadly, in some cases still remain there.
Panic can be seen as coming under the “basic survival response” umbrella to an, as yet, unquantifiable threat. And that’s where the problems start.
Why is this?
For the simple reason that, where something is unquantifiable, we haven’t enough information to be able to determine just how dangerous – or not – it might be. Let alone to us, personally. There’s no clearly discernible “enemy” to fight, no specific action we need to take right now. And this gives our imaginations free rein to start spiralling out of control and fear take hold.
It’s little surprise that panic is defined as “sudden uncontrollable fear or anxiety, often causing wildly unthinking behaviour.” And, we’ve seen plenty of this recently…
However, so far as our bodies are concerned, the same response is initiated. The release of adrenaline – “fight or flight” – together with huge amounts of energy to provide the necessary fuel. But, without an actual enemy to fight or run away from, it’s easy to see how people can end up just doing “something” to help burn up all that fear and adrenaline. That makes them feel more in control. Hello, headless chickens and panic buying.
So, if you’re panic buying, what do you go for? Well, things that are easy to get hold of and meet your basic survival needs. Food, obviously. And, as you’d expect, the foods people have gone for depend on where they live and their particular tastes.
But, here in the UK, why pasta?
It’s been suggested that, with Italy being affected by the madness well before the UK, it was partly in response to a possible lack of pasta in future as supplies dried up. This is, of course, assuming that pasta is only produced in Italy!
Another possible answer is that, as a dried food, pasta stores well and for long periods. It’s versatile assuming, of course, basic cooking skills and the necessary supplies to make the sauce to go with it… However, we’d still be willing to bet that a substantial proportion of that bought recently never sees the light of day and ends up in the bin in a few months – or years – time…
Ok, so what about loo roll? Particularly as it’s estimated that each person only uses about one roll a week.
Well, we have a theory on this and it all comes down to a most basic fear. To put it at its most delicate, that we have an “accident” of the toilet related variety. What could be worse than finding ourselves in this position and not having loo roll to help clear up the result?
Making sure we have plenty of loo roll helps us feel less vulnerable and so more in control, in these uncertain times. Added to this – and you’re probably not going want to think about this too long – having an “accident” is also one of the ways our bodies get ready for “fight or flight.” After all, it helps ensure that our resources aren’t being diverted to non essential activities… And, as we can now see people squirming as they read this, we’ll stop there!
Taking sensible precautions for an ACTUAL threat is a wise move PROVIDING they’re well thought out, rather than fuelled by panic. Having a few extra supplies of the things you need – and will actually use – makes complete sense. Stocking up on things just for the sake of it, so you feel you’re doing “something”, doesn’t. Particularly, if you’re depriving other people of them, who would use them. And especially when all you’re doing is filling up your cupboard for a few months before throwing them away…
Panic, like fear, is NEVER your friend. It makes people do things that don’t help them – or those around them – and wastes a huge amount of time, resources and energy in the process. However, the good news is that there is an easy antidote. Take a few deep breaths to help calm yourself down, which allows logical thought to come back online. And then think about what you ACTUALLY need, NOT what other people are telling you they think you need.
Oh, and while a little treat or comfort food is fine – hence the resurgence in baking, thank you Mary Berry (!) – this isn’t what our bodies really need at the moment. Which brings us back to the things we talk about regularly in this blog and you should know off by heart by now… The million dollar question, is whether you’re actually doing them?!?
As always, the choice is yours.
Picture by unknown artist
Tagged as: Diet, Health, Mindset, New perspectives
Share this post: