Sending winter bugs on their way

Posted on 13th September 2017 at 07:30
A couple of weeks ago we looked at all the simple things you could do to help make this a bug free winter. Getting the basics right.
But what if, despite all your best efforts, the worst happens? Well, all is not lost. There are lots of things you can do at home to help speed bugs on their way.
Let’s start with the most obvious one that most people seem to overlook. 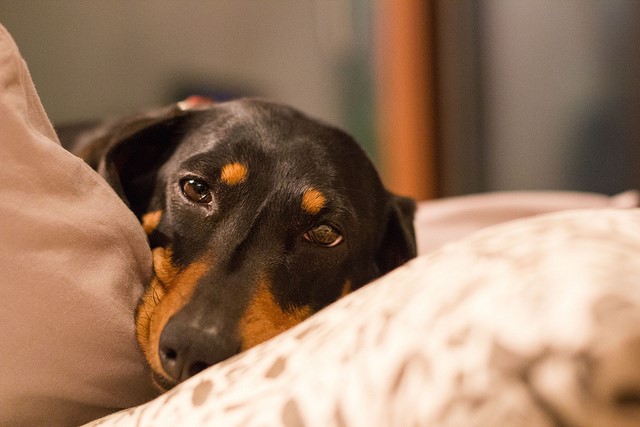 That’s to listen to your body. If you’re struggling to get out of bed, take the hint and stay there. And, for those of you who ring up and tell us that you’ve got Flu but you’re at work, then you haven’t! As one client so beautifully responded to this observation, then it must be Man Flu instead…
Anyway, before we digress too far, if it really is Flu, you won’t be going anywhere. Even turning over in bed will be a real effort. We kid you not. As the old saying goes, if you had to climb over a gate to pick up a £50 note, then you wouldn’t be able to do it!
Conversely, if you’re up and about but feeling lethargic, take things slowly. Rushing on regardless only guarantees one thing. That it’ll take you much longer to recover from whatever it is, as precious energy is diverted away from your Immune System to keep you on your feet.
Similarly, if you’re not feeling hungry, don’t force yourself to eat large hearty meals. Instead graze, eating easily digestible foods little and often.
Do keep your fluids up. Even if you’re not running a “proper” temperature, your body temperature will rise slightly, as this is one of the many ways your body kills pathogens. And a raised temperature means more water is burnt up in the process. Not forgetting the important part water plays in helping to detox the body afterwards.
Fresh pineapple – or pineapple juice – is a great choice. Not only is fresh pineapple juice – made 50 / 50 with warm water – a soothing drink, but it also contains high levels of Vitamin C to help support the Immune System as well as bromelain to clear mucus and catarrh.
Ginger tea is another good drink as it’s anti viral and warming; as well as being very soothing for a sore throat. Simply take a piece of fresh ginger, pour over boiling water and then cover it with a saucer to “brew” before drinking. Honey can be added to taste.
Talking of honey, it’s antibacterial, a powerful antioxidant and contains many trace elements and minerals to help see winter lurgies on their way. It can be taken by the spoonful or added it to drinks, to help soothe sore throats and coughs. And don’t forget the old standby of honey and fresh lemon!
A traditional naturopathic use of honey is to add either fresh chopped thyme and / or freshly pressed garlic to a jar of honey. Then take by the spoonful as needed. These both help support the Immune System as well as clearing mucus and catarrh. If you include garlic, there’s also the added benefit that everyone will give you a wide berth, so helping prevent the bug from being passed on (!).
Last, but not least, don't forget the tried and tested remedy of chicken soup which your Mum – or Granny – used to give you when you were ill. Chicken soup provides fluids, is easy to digest and has also been found to reduce inflammation and fevers.
Keep yourself warm, but make sure that you do get some fresh air too. Even if it’s only from a slightly opened window. And if the air feels very dry, a bowl of water above a radiator – or a humidifier – can help.
If you’re very blocked up and snuffly, the traditional approach of steaming can help get things moving. Simply fill a large bowl – a mixing bowl is best – with freshly boiled water and breathe in the steam. Put a towel over your head to keep the steam in and so increase its effects. Adding a few drops of Olbas Oil or essential oils such as lavender, rosemary or geranium can increase its effects.
However, do remember that a little commonsense is needed. Only steam for a few minutes at a time. If you’re feeling at all woosy or faint, then don’t do it, for all the obvious reasons. And, finally, don’t go outside immediately after doing it. Having opened up all the airways you don’t then want to let in cold air. Traditionally steaming was done first thing in the morning and last thing at night.
Here are a few other things that can help:
If you’re not already taking Vitamin C, start taking at least 1,000mg a day. And if you already are, double it up to 1,000mg each morning and evening.
Similarly, start taking Vitamin D3 – at least 400mg a day – and, if you already are, double it up to at least 400mg each morning and evening.
Colloidal silver, the forerunner to antibiotics, helps fight infections and remove fungi, viruses and bacteria from the body. It also helps to detox the body afterwards while being harmless and non toxic. It can be taken as a liquid or as a nasal spray.
Tinctures such as Echinacea, Astragalus, Sambuccus and Hydrastis can also be very helpful to help support the Immune System. Simply take them twice a day for as long as needed.
Zinc lozenges can be used to help soothe sore throats, with research finding that this can reduce the duration of Colds and flu by 1 to 2 days.
And once you’re starting to feel better don’t forget to take it slowly for a few days. Running a full Immune System response burns up a huge amount of energy and a little time is needed to recharge the batteries. Not to mention all the extra housekeeping and detoxing to clear up after these unwelcome guests (!).
As always, the choice is yours.
Tagged as: Diet, Health, Lifestyle, Minerals, Vitamins
Share this post: