Shattering those self imposed limitations

Posted on 23rd March 2022 at 07:17
We’ve mentioned before how creative people can be, usually when they don’t want to do something. A friend refers to it as “the dog ate my homework” approach which, to us, sums it up perfectly! And, as we all know, adults can be just as inventive…
At other times, it’s less about creativity and more about self imposed limitations. On one hand saying – or thinking – we’d like to do something, on the other coming up with lots of reasons why we can’t. Talk about sending out mixed messages with all too predictable results… And, before we know it, a virtually insurmountable wall has appeared between us and whatever we desire. Ah, now this week’s choice of picture makes sense! 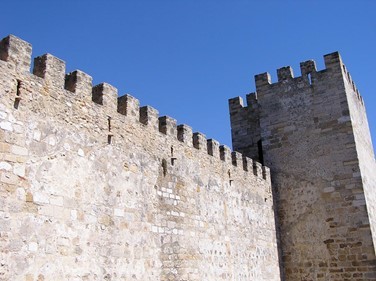 So, the question is, why on earth do we carry on doing this???
Well, the simple answer is we’re not doing this. Someone else is. And there are no prizes for guessing who it is. The Little Monster in our heads.
Having identified the culprit, this just leaves the question of why. The answer may surprise you. It’s all about keeping us safe. Yes, you did read that right. Keeping us safe.
And, if you’re wondering how on earth this could be, the logic – if that’s quite the right word to describe it (!) – goes something like this:
By doing the same thing over and over again, the likely result is known. After all, we’ve experienced it for ourselves before. Or, more likely, many times before.
And, if we know the likely result, this means it’s certain. Or, more accurately, 99.99% certain (!).
Which, by this rather strange twist of logic, means we’re being kept “safe”.
The glaring omission in this logic is that the end result may not be what we desire but it can still be anticipated. Which, unfortunately, doesn’t seem to stop us from doing the same thing over and over again expecting a different result.
Or, as Einstein so eloquently put it:
“Insanity is doing the same thing over and over and expecting different results.”
Having put this rather flawed “logic” under the spotlight, it’s easy to wonder how we keep falling for it. But, we do.
However, the good news is that, having become aware of it, it’s easy to avoid the trap. The trick is to start listening to all the reasons the Little Monster in our heads comes up with as to why we can’t do something. Put them under the spotlight, make them obvious to the light of day.
What you’ll quickly notice is that most of them are very general and not related to whatever it is you’d like to do. That you’re bound to fail. Look stupid. Aren’t clever enough. Don’t have the necessary skills. Worrying about what other people think will think. And many more besides…
Alongside this may be some more specific ones. As in specific to you, as the Little Monster knows from past experience exactly which buttons to press. Perhaps, reminding you of other times you weren’t successful, although glossing over the part he – or she (!) – played in this. Or linked to your own particular beliefs. That you aren’t good enough. May be related to an off the cuff remark from your past that you’d never be successful or something similar.
Regardless of where they come from, none of these limitations are directly related to whatever it is you’re considering right now. No objective thoughts or research were involved. Instead, they were simply a knee jerk reaction aimed at pressing your buttons, as well as letting all those negative emotions loose.
Simply noticing the rubbish the Little Monster in your head is coming up with is often enough to defuse them and send them on their way. Sometimes, a little more is needed. Asking ourselves why we have chosen to believe whatever it is. It may sound like a strange question to ask, but the “why” question is very powerful. It triggers our logical thought processes which instantly takes back control from the Little Monster in our heads.
Having done this, it’s easy to notice the lack of a logical answer, which allows the belief to be released for good. Occasionally, a closer look may be needed to dislodge a particularly stubborn – or deep seated – belief but, again, asking the “why” question repeatedly usually does the trick. It’s rather like peeling the layers of an onion to reveal the belief underpinning a whole myriad of limiting beliefs. Finally, realising that none of them reflect who we are – if it ever did (!) – and letting them go.
So much of what goes on in our head happens unconsciously and on autopilot, which makes the solution easy. Bringing in the light of day coupled with a little bit of logical thinking. Once we do this it’s amazing how little survives any sort of scrutiny. The wall quickly crumbles.
Then, having taken back control, it’s easy to get our lives heading in the direction we desire. Instead of coming up with all the reasons why we can’t do whatever it is, we can then focus on all those why we can – and there are lots more of them, once we start looking.
As always, the choice is yours.
Photograph by unknown author
Tagged as: Lifestyle, Mindset, New perspectives
Share this post: