Stress, is it all a matter of perception?

Posted on 3rd September 2014 at 07:30
Last week’s post focussed on the physical side of stress. What happens to our bodies when we experience a stressful event – and how it’s changed little over the millennia.
But have you ever stopped to wonder why we each have our own unique list of things that press our “stress buttons”? True, there are some things which we all tend to find stressful but, even then, you’ll still find those who are exceptions to the rule.
So, if it isn’t the thing itself which is inherently stressful, what determines whether we find it stressful or not? 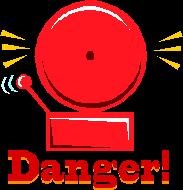 If we look back once again to our distant ancestors, life was much simpler. The first priority was survival, with all of the other basic needs following behind. Food, water, shelter to name just three.
Anything which threatened survival was automatically a high stress event, triggering an emergency “fight or flight” response. Seen in this light it’s little wonder that adrenaline burns up such huge amounts of energy, as survival was the only issue. One way or another the threat would be over and done with in a few minutes.
As a result, drawing up a list of stressful events would have been a relatively simple task and much the same for everyone. So anything big and hairy, followed by competition for food, water or other natural resources and so the list went on.
These days life is very different. Rarely do we encounter “life or death” situations. While there may be certain events which most people would consider “stressful”, these tend not to be linked to emergency situations.
In their place are events such as the death of a loved one, divorce or moving house. Rather than lasting only a few minutes – or seconds (!) – modern stresses may last for weeks, months or even years. Despite that our bodies still react to them in the same way.
Alongside these core stresses each one of us also has their own unique list of specific things they find stressful, ranging from the large to the small. So where do these come from? In very simple terms they come from our mindset, the way we see the world around us.
If you haven’t heard about mindset before, don’t worry, you’re not alone. Usually mentioned in connection with sport – “does he have the mindset to win?” – it determines how we see the world around us. And, more importantly, how we then respond to it.
Mindset is a huge subject, so we can only scratch the surface here and talk about it in very simple terms. However, what’s most interesting – and alarming – is that most of the time our mindset happens automatically, without us being aware of it. In other words it’s our default programming. What happens when we’re on auto pilot.
Underpinned by our beliefs, mindset reflects what we believe to be true about the world we live in. For example, if you believe that the world is a dangerous place, then your mindset – and approach to life – is going to be very different to someone who believes in the goodness of all. Going to the other extreme, your belief about a particular situation would affect how you then react to it, say, a person dropping litter on the pavement or cutting you up in traffic.
So now we’ve started down this particular rabbit hole, where do our beliefs come from? And can they be changed?
While the jury is still out, our genes are thought to play a part in our beliefs and how we see the world. However the major influence is thought to be those around us as we were growing up, particularly up to the age of six years old.
As any parent knows, young children are like sponges, soaking up everything that goes on around them. This is the time we each build up our own unique picture of what the world around us is like.
Once this picture is in place we automatically focus on anything which supports it, filtering out everything else. This, in turn, reinforces the picture of what we believe is true.
As we grow up not only are we influenced by our family and close friends but also our peers, acquaintances and colleagues at work.
Given that this process happens repeatedly over the years – and without us being aware of it – is it any wonder that our view of the world is so ingrained? Or our beliefs become such an essential part of us that they’re just “who we are”. That we automatically react to certain situations in a certain way and so have our own unique list of stresses.
The good news is that once we take a step back, and look at how we react to the world around us, the picture of what we believe to be true slowly becomes obvious.
Often it’s a complete revelation, as most of the time this has been going on without us being aware of it. Rather than being in control of our lives, we’ve been living on auto pilot. Acting out of habit, rather than having made a conscious decision.
By turning off our autopilot and going to manual, we can then start to take a more objective look at the events in our lives and choose how we react to them. Suddenly life seems to run much more smoothly, with fewer day to day events hitting out buttons.
For many people this can be a complete game changer. The first time that they’ve ever taken a more objective look at their lives and why they react in the way they do.
We know that for some people choosing to look at stress in this way can seem rather alien. But why not try doing it for a day and see what you find? The results may surprise you…
As always, the choice is yours.
Tagged as: Health, Lifestyle, Mindset, New perspectives
Share this post: