Posted on 20th June 2018 at 07:33
Every year in America, the EWG – Environmental Working Group – releases a list of the “dirtiest” fruit and vegetables. And by this they mean contaminated with pesticides, rather than being covered in soil (!).
More than 38,000 samples were taken, all of crops grown conventionally across America. Each one was then prepared in the same way as consumers would at home, ie, either by washing or peeling it before being tested.
An incredible 230 different pesticides and pesticide residues were found in the different samples. 70% of the samples tested positive for pesticide contamination, with 98% of the top 6 most contaminated products – see the list below – containing at least one pesticide residue. 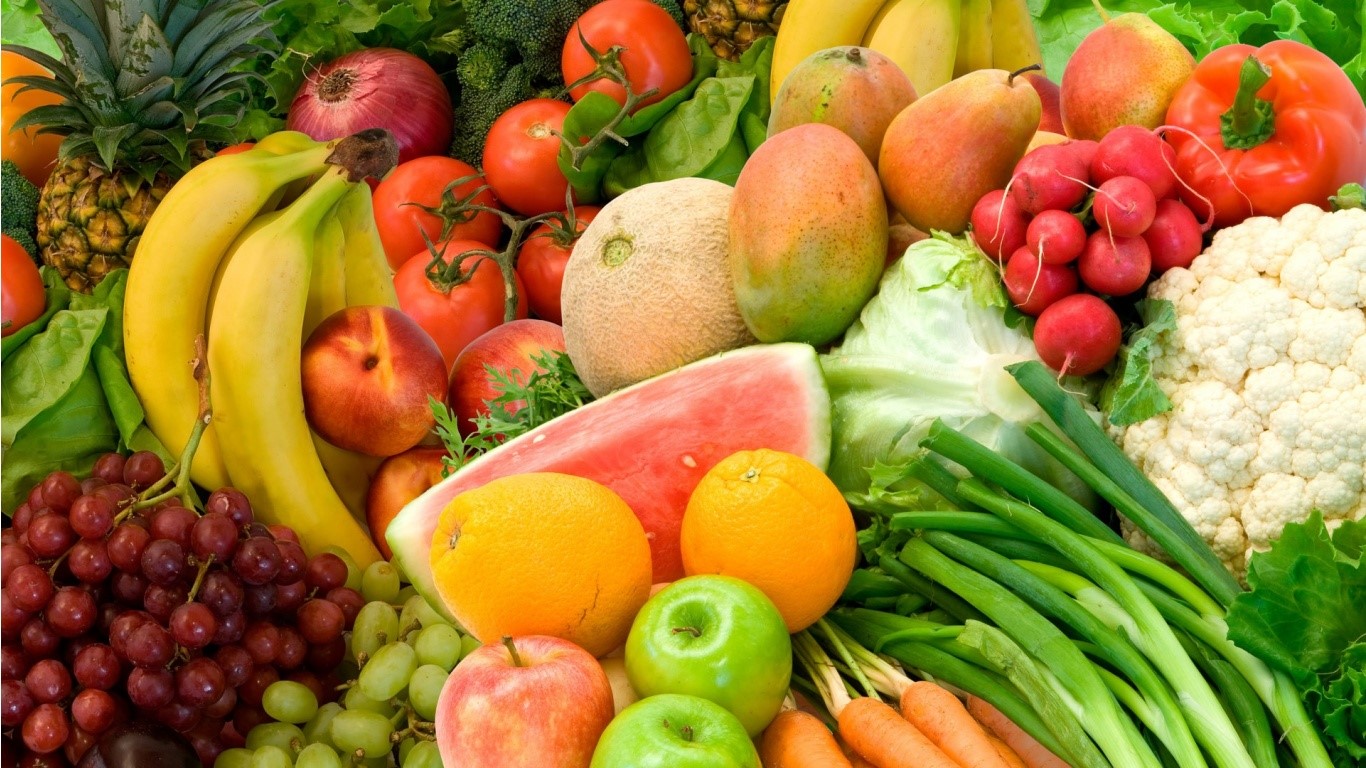 For the third year in a row, strawberries topped the list with the highest amount of contamination. Even worse, one sample was found to contain over 20 different pesticides.
Spinach came a close second, with almost twice the amount of contamination by weight than any other food on the list. Of more concern was that DDT – a banned insecticide – was found in 40% of spinach samples.
As an aside, if you’re a gardener this shouldn’t come as too much of a surprise as both are often referred to as being “slug food” (!). The good news is that they are both easy to grow at home, particularly spinach, which can be grown all year round as long as it’s protected from the worst of the winter weather.
These were followed in order of contamination by:
Nectarines
Apples
Peaches
Pears
Cherries
Grapes
Celery
Tomatoes
Sweet Bell Peppers
Potatoes
A 13th product was added to the list – making it a baker’s dozen (!) – as it was found to contain insecticides toxic to the human Nervous System. It was Chilli Peppers with the study’s authors recommending cooking before consuming or buying organic.
Why is there such a fuss over the use of pesticides?
Pesticides are, in effect, poisons that either kills a pest or prevents – or reduces – the damage it can cause. While insects are usually thought of when the word “pest” is mentioned, it goes much wider than this and includes mice and other animals as well as weeds, fungi, bacteria and viruses.
Sadly, pesticides don’t just affect the targeted pest, but anything else that comes into contact with them. The damage done to bee and butterfly populations through the use of certain insecticides is a current example of one of the many unintended effects of pesticides.
At the same time, the use of these products has an impact on the environment generally. Many pesticides are sprayed on crops, so becoming airborne to affect the landscape around them. This is added to soil contamination and that of the ground water too.
Finally, many become less effective as time goes on, with many pests becoming resistant to them. This results in larger amounts being needed to do the same job or new – more toxic – products to be produced. And we’re not even going to go into GMO crops, many of which have been developed to be resistant to the pesticides used to control weeds, so allowing greater amounts of them to be sprayed on the crop.
Pesticides have been linked to many health problems including Cancer, Infertility, Diabetes, Autism, Asthma and other breathing problems, Birth defects, Parkinson's and Alzheimer's diseases.
The good news is that the EWG also released a Clean 15 list of the fruit and vegetables least likely to be contaminated by pesticides. In order, they are:
Avocados
Sweetcorn
Pineapples
Cabbage
Onions
Frozen peas
Papaya
Asparagus
Mangos
Aubergine
Honeydew melons
Kiwi
Cantaloupe melons
Cauliflower
Broccoli
The even better news is that less than 1% of avocados and sweetcorn tested positive for any detectable pesticides. Similarly, 80% of the next 4 products had no detectable pesticides either.
While it’s true to say that this study didn’t include produce grown in the UK, the worldwide domination of large agrochemical companies such as Syngenta, Bayer, DuPont, BASF and Monsanto, means that farming methods and practices are very similar across the globe.
It also highlights the importance of buying local – preferably organic – produce from suppliers you know and trust. Many fruit, veg and salad crops can be easily grown at home allowing you to eat seasonally all year round.
While we’re on the subject of food, as we wrote this post we came across several articles expressing concerns about contamination of another much loved food. It’s one that’s considered a healthy option by many but, sadly, in its farmed form is far from it.
What are we talking about? Farmed salmon.
If you stop and think about it for a moment, fish farms are just another form of factory farming. While much is made of them being in fresh water lochs, the salmon are still kept in confined conditions and fattened as quickly as possible for the plate.
Toxicology testing has found that they contain high levels of toxins, including PCB’s and Ethoxyquin – a chemical used as a rubber stabiliser, pesticide and food preservative. Like many toxins these are both stored in fat cells and released during cooking as the cell walls lose their integrity.
In addition, unlike land based factory farms, the waste products go straight into the surrounding environment. This not only pollutes the surrounding water – and land – but also releases many diseases into the wild fish population which, ironically, includes salmon.
Not surprisingly, the advice is to avoid farmed salmon and buy wild alaskan salmon instead. Yes, it is more expensive but is a far better quality product. As the Sea Shepherd Conservation Society so eloquently put it:
“You are not saving wild salmon by eating farmed salmon. We are what we eat. This means, among other things, we need to be just as concerned about fish and seafood as we are about the other items on our plate.”
As always, the choice is yours.
Share this post: