Posted on 1st August 2018 at 07:30
If you’ve joined a gym in recent years – or had a medical – chances are you’ll have been given your BMI. Body Mass Index.
It’s used as a general measure of obesity as well as an indicator of risk for many lifestyle diseases such as Diabetes, high blood pressure and Heart Attacks / Strokes. As one of the current buzz words it sounds very objective and scientific but, sadly, its over simplistic approach causes many problems and what has become known as the BMI paradox. 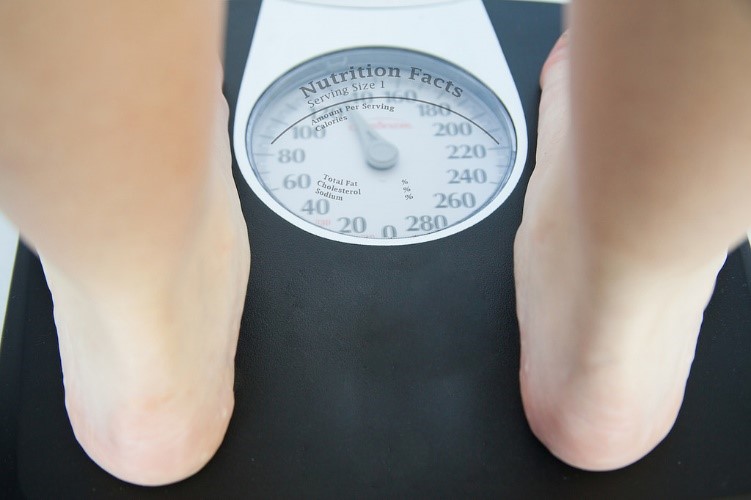 What is BMI and why are there problems with it?
BMI simply takes your weight in kilograms and divides it by your height in metres squared. This gives your weight per square metre which indicates your tissue mass – bulk (!) – and so obesity. The figures to look for are:
Under 18.5, underweight.
18.5 to 24.9, normal.
25 to 29.9, overweight.
Over 30, obese.
As a relative measure – how much weight you’re carrying for your height – the first problem is very obvious. It doesn’t differentiate between different types of tissue. Between fat and muscle. Michelin Man and the Terminator. And this is what has become known as the BMI paradox.
It means that those with a high muscle bulk, such as sportsmen and body builders, are classified as overweight or obese on their BMI simply because muscle weighs more than fat. When the amount of muscle they carry is added into the equation, it’s obvious that their so called “unhealthy” weight doesn’t indicate an increased risk of health problems. Having said that, BMI can be useful when looking at large numbers of people for general trends. This is for the simple reason that the majority of people in the overweight or obese range don’t carry lots of muscle and look like Mr Terminator (!).
Just as BMI doesn’t differentiate between fat and muscle, it also doesn’t show where the weight is being carried. For many years it’s been known that the general shape of your body is a good indicator of health problems. Whether you’re an apple or pear.
Apples carry their weight around their middle – particularly the waist – which brings a greater risk of early death and diseases such as Diabetes and high blood pressure. This is because the excess weight is around the organs in the abdominal cavity.
By contrast, pears carry their weight lower down – round their hips and bottoms – with a lower risk of early death. This means that two people with similar BMI’s, but different body shapes, would have different risks of disease and early mortality. A s result, simply measuring someone’s waist has been found to be a better indicator of risk. More about this in a minute.
Finally, BMI often doesn’t change as healthier diet and lifestyle changes are made, so the person thinks they haven’t had the desired effect. Again the difference in weight between fat and muscle is usually the culprit, particularly as more exercise is taken and fat is replaced with – heavier – muscle.
While their overall weight may not seem to have changed much – or even gone up – their overall body composition – fat to muscle – is much better. Similarly, exercise alone won’t remove abdominal fat, changes to diet are also needed. Once again this emphasises the need to address the issue on several different fronts rather than relying on one “magic method” to have the desired results.
What are the alternatives?
As we’ve already mentioned, simply measuring the waist has been found to be a more accurate assessment of obesity and health risk. The figures usually given are above 88cm (34.5 inches) for women and 102cm (40 inches) for men. Researchers have found that these bring increased risk of many health problems such as Diabetes and Cardiovascular Disease as well as of mortality.
Along similar lines is the waist to hip ratio, where the circumference of the waist is divided by that for the widest part of the hips. The figures to look for here are:
Below 0.9 for men and 0.8 for women, normal weight.
0.9 to 0.99 for men and 0.8 to 0.84 for women, overweight.
Over 1 for men and 0.85 for women, obese.
If you think about it, those in the overweight range are more pear shaped which carries with it a lower risk of health problems. By contrast, those in the obese range are more apple shaped which brings greater health risks.
Another measure, which looks medieval but is remarkably accurate, are the dreaded skin callipers which “grab an inch” of any spare flesh in various different places. Chest, arms, stomach, thighs and back. However, we should say that its accuracy does depend on the experience and knowledge of the person doing the measuring. Not to mention the number of bruises you take home with you!
And, finally, there’s the method used by many researchers but one you won’t find in your local health centre. Hydrostatic weighing. Be warned, you’d need a swimming costume or trunks for this one! Also called Underwater Displacement Weighing, it compares normal body weight outside water with that while completely submerged. These two numbers, along with the density of water are used to calculate the person’s density which provides an estimate of their body’s composition.
While discovering your BMI can be a useful wake up call – or nudge in the right direction – it’s only confirming what you already know deep down. If your clothes don’t seem to fit any more, your waist has vanished or you haven’t seen your feet for while (!), then you don’t need anything else to tell you that you’re heading in the wrong direction.
As we say on a regular basis, it’s all down to the small things you do every day, usually without thinking. Good and less so.
It’s never too late to make one small change, then add another and another to get the result you desire.
As always, the choice is yours.
Tagged as: Diet, Health, Lifestyle
Share this post: