The joys of Elderflowers...

Posted on 3rd June 2020 at 07:07
Early Summer is the time of the Elderflower, those lovely frothy white flowers that festoon the hedges in late May and early June. A welcome sign that Summer has arrived, along with Swallows, House Martins and Swifts; making it hard not to wax lyrical about them!
As an established part of the English countryside, Elderflowers mark the turning of the farming year, from late Spring into early Summer. They also play an important part in Celtic folklore, associated with the Flower Bride. And making it easy to see where the inspiration for all those traditional white frothy bridal dresses and bouquets came from…
These days, Elderflower is usually thought of for its culinary uses. Elderflower cordial – more about this later (!) – or, for the more adventurous, Elderflower Champagne. Perhaps sprinkled over summer fruits, such as gooseberries or raspberries, or added to smoothies.
However, Elderflower also has many herbal and health giving qualities, making it a valued medicinal herb. 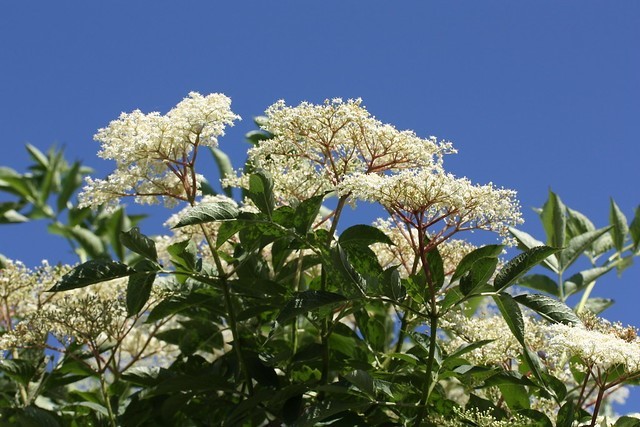