Posted on 20th February 2019 at 08:30
With Valentine’s Day having just passed – all too soon after the pressures of the festive season (!) – it’s not surprising that many relationships start the new year under some strain. Sadly, along with the annual fortnight in the sun, more relationships break down after Christmas and Valentine’s Day than at any other time of year.
Having talked to many more clients than we would like to about this over the years, it’s rarely a single catastrophic incident that sounds the death knell for any relationship. Usually it’s something much smaller which often appears insignificant to outsiders. The straw that broke the camel’s back.
Despite this, many clients still talk about how they wished things were different. How they would like to turn the clock back to how things used to be even though, at that time, they couldn’t see how this would ever be possible. 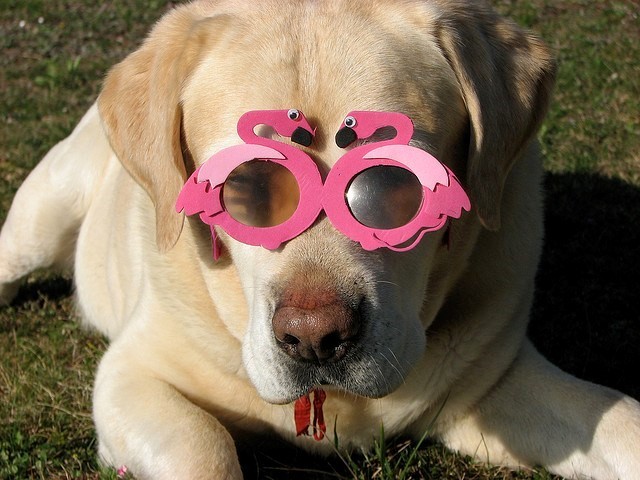 Well, there is a way to turn the clock back and, for once, it involves something we usually caution against. Rose tinted glasses. BUT – and this is a big BUT – using them very selectively. And not in a Pollyanna’ish way of ignoring anything in your life that isn’t the way you’d like it to be (!). Instead using them in a very focussed way for that particular person only.
Confused? Then let’s explain.
Think back to when you met your husband / wife / partner / significant other. How you felt at the mere thought of them or mention of their name. It probably makes you blush – or squirm – to think about it! Regardless of what anyone else thought of them, you only saw their good points. This was all you focussed on and so, for you, more and more of them became apparent.
Then, as time passed and life got in the way – or the novelty wore off – the tide seemed to gradually turn the other way. The focus changed from all the good things about them to all the little ones that irked.
And once this happened, of course, they just kept coming. After all, whatever you focus on grows. Or, put another way, brings its friends along to meet you… Of course these things were always there, they just weren’t on your radar. And so you didn’t see them.
We’ve all come across people who – for many different reasons – aren’t attractive to us. Don’t make our knees wobble or hearts flutter. And yet, once they met their special someone, they seemed to change out of all recognition. It’s as if the other person brought out a completely different side of them. All their positive traits, which were previously hidden to the world at large, suddenly start to appear.
Why is this? Quite simply, by the other person only focussing on their good points, they felt more confident and loved. And, as they did so, it allowed more of them to rise to the surface.
Focussing on the positive aspects of a person – and your relationship with them – strengthens you both. It supports everything that’s working and, regardless of what state a relationship is in, there are ALWAYS some things that are still working well.
At the same time, by taking the focus off anything that isn’t working so well, it’s given the space to resolve itself. And, if that all sounds a bit too airy fairy, remember how many problems resolve themselves when we simply leave them alone and get on with other things. An amazing number.
And, yes, it really is that easy. By changing your focus back to all the things that you used to love and appreciate about that person, you move your relationship back on to a positive path. At the same time, the less positive things start to wither away, as they’re starved of time and attention.
The more you focus on all the things that are wrong with a relationship, the more insecure you make the other person. They quickly go into a protective – and defensive – mode, AS DO YOU, so bringing the worst out both of you; as well as the relationship. A downward trend quickly becomes a very steep nosedive.
You’d be amazed how often taking just a deep breath and looking ONLY at a person’s positive traits turns things round. And in a very short time too. At the same time, you’ll feel much calmer and in control, rather than stuck in a reactive downward spiral.
If you need an added incentive to put on your rose tinted glasses, any issues that you don’t resolve in one relationship will re surface in another one. Whether in a romantic one or not. Sooner or later they have to be dealt with AND will keep returning – often in different guises – until you do.
And it’s no good pointing the finger at the other person, you BOTH played a part in whatever happened. This isn’t saying you should remain in a relationship that no longer serves you or makes you happy. Instead acknowledge and address any issues that have come up, rather than leaving them to return in the future. Often these come down to how we value ourselves. After all, if we don’t treat ourselves well, how can we expect anyone else to?
While we’ve been focussing on romantic attachments, exactly the same comments apply to any relationship you may have. Friends. Family. Neighbours. Work colleagues. The more positive things you can find to value and appreciate the other person for, the more you will find. And, at the same time, all those things you don’t like about them will simply fall away from lack of attention.
As always, the choice is yours.
Tagged as: Lifestyle, Mindset, New perspectives
Share this post: