The Pelvic Floor, it's not just a "women's thing"

Posted on 10th February 2021 at 07:32
How times change. Not long ago, any mention of the Pelvic Floor was made in hushed tones, usually in connection with the mysteries of pregnancy. For some reason, there seemed to be an assumption it only applied to women (!), leaving men immune and blissfully unaware. Which always makes us smile, given its important supportive function. More about this in a minute.
So, having dispelled the most common myth – that men don’t have one (!) – let’s shed a little more light on this potentially confusing topic. 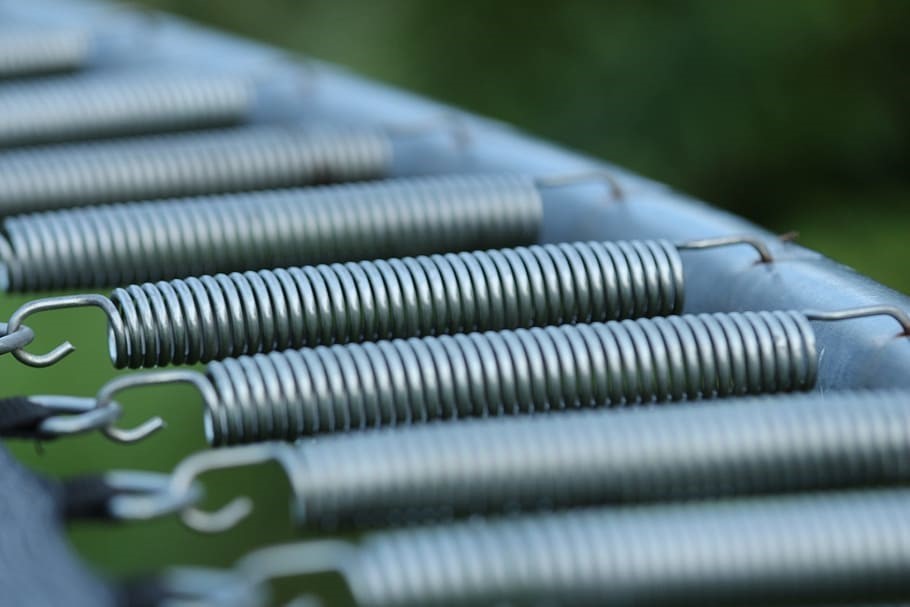 Put simply, the Pelvic Floor is rather like a trampoline; there’s a good analogy for you, as well as explaining this week’s choice of picture (!). It stretches from the Coccyx at the bottom of the Spine to the Pubic Bone at the front AND then from side to side between the Ischial Tuberosities, often referred to as the Sitting Bones. Made up of a group of muscles and ligaments, it supports the Bladder, Bowel and Uterus; keeping them where they should be rather than “slipping south” as one person so beautifully put it! The Urethra from the Bladder, Anus from the Bowel AND Vagina from the Uterus all pass through it on their way to the outside of the body.
As already mentioned, not only does it help keep these organs in place, but also has another very important function. This is to help control the “flow” – for want of a better word – through the Urethra, Anus and Vagina. Without being too graphic, its muscles contract to keep these tubes closed; then relax to allow a flow through.
As with all muscles, there’s a tendency for them to weaken – or relax – as we age, through lack of use or chronic straining / overuse. In addition, there are a number of factors specific to the Pelvic Floor, in addition to the best known cause, childbirth. These include obesity, heavy lifting, constipation and chronic coughing.
Whatever the cause, they all result in a weaking of the Pelvic Floor which, in turn, reduces pressure within the Abdomen. Known as Intra-abdominal Pressure, it plays an important part in supporting the lower Back, so can also play a part in lower Back problems.
Unfortunately, these two factors – the lack of muscular support coupled with a fall in Intra-abdominal Pressure – can lead to the Bladder, Bowel or Uterus “sagging”, also known as a prolapse. It can also result in the Urethra, Anus and Vagina not being held so tightly closed, leading to incontinence and sexual dysfunction.
After these rather depressing details, it can sound as though there’s very little you can do at home to help yourself. However, this is far from the case; with so called Kegel Exercises being very effective in helping improve matters. Just as important, these simple exercises can be done proactively to help prevent problems occurring down the line. Certainly, for those in their middle years and beyond (!) we would strongly suggest that they do this although, as always, the choice is yours…
So, what do Kegel Exercises involve? Well, before you do anything, it’s important to actually identify the muscles involved. While this may sound blindingly obvious (!) there’s a good reason for saying this. It’s that, as these muscles aren’t usually under conscious control – well, unless you’re desperate for the bathroom – we’re not used to feeling them in action, so to speak!
However, the good news is there’s an easy way to do this. When you’re having a wee, simply stop the flow midstream. You may need to do this several times to really get the feeling but that’s ok. This is your Pelvic Floor in action! Once you’ve done this, contrary to the advice which used to be given, please don’t use this as a way to try and strength these muscles. The reason for this is that it’s been found to weaken Bladder function.
Now you know what it feels like when your Pelvic Floor contracts, here are the two very easy Kegel Exercises:
First Exercise
Sit in a comfortable chair with your feet flat on the floor in front of you. Visualise the muscles that “stop the flow” and then tighten them as much as you can for 3 to 5 seconds. As you do so, you’ll feel your muscles internally lifting up. Then, let them go. Rest for a couple of seconds and then repeat. Gradually build up to at least 10 repetitions, ideally several times a day.
Second Exercise
Is exactly the same as the first one EXCEPT you “squeeze and release” your muscles as quickly as you can. This helps train the muscles to respond more quickly. Start by doing 5, then rest for a few seconds before repeating. Gradually build up to 10 to 20 each time.
Remember these exercises won’t move your body but will move your internal muscles and Pelvic Floor.
As you become used to doing them, you’ll also be able to do them sitting in the car or standing up and, if you’re in a queue, it’s a great reminder to do them! You can also do them laying down or on all fours.
Other exercises which can also help are the bridge – well known to those doing Yoga and Pilates – and squats. However, as these are exercises where posture and technique are critical – particularly to avoid any damage to the lower Back – this isn’t the best place to try and explain how to safely do them.
As with all exercises, if you experience any pain STOP and, if you’re in any doubt at all, consult a health practitioner before starting to do them.
Finally, please remember that these exercises need to be done consistently over the longer term for best results. As with all issues, those involving the Pelvic Floor build up slowly over a long period of time – although the end result may seem to “suddenly” appear – and so time is needed for improvements to appear.
So, now it’s over to you.
As always, the choice is yours.
Photograph by unknown author
Tagged as: Health, New perspectives
Share this post: