Posted on 3rd February 2016 at 07:45
It’s been a while since the last part of this rather occasional series (!) so we thought it was about time to look into another subject which has been causing concern in the alternative press over the last few years.
Yet again, it sounds like a great idea – something to make life easier AND save time on the least popular household chores – but are we paying too a high price for this convenience?
So what are we talking about?
Non stick cookware or, as it tends to be generically known, Teflon. As so often is the case, the story behind Teflon is intriguing; as are the myriad of everyday products it’s now found in. 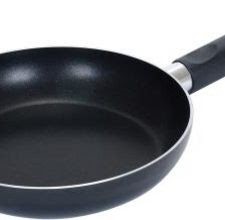