There really is no need to panic

Posted on 19th February 2020 at 07:24
With the near saturation coverage of the Coronavirus outbreak on mainstream media, it’s not surprising it’s become the number one question from clients. As well as from friends and family. A topic of great concern.
While the position is still far from clear, only a little research is needed to show that the picture being painted in the mainstream press is, at best, over simplistic. Unnecessarily alarmist.
As so often is the case, there are a number of different factors playing a part, rather than one single – and easily identifiable – cause. Equally true is that there’s no single – or simple – solution.
However, it’s not the specifics we’d like to focus on today. Instead, we’re going to take a look at two more general issues which keep coming up when we talk to people about it. 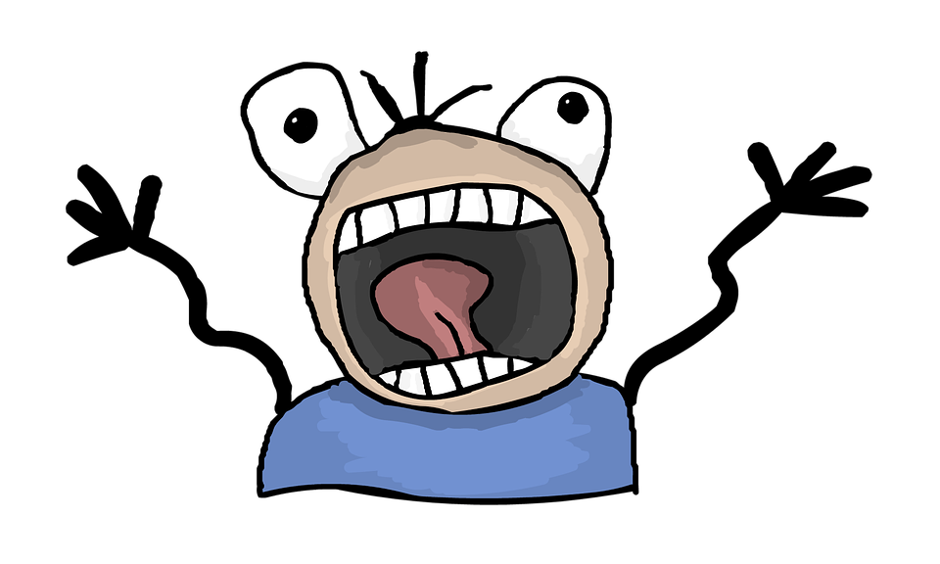 The first, is one we’ve mentioned several times before in blog posts. It’s the widespread belief that infectious diseases are “lurking out there” ready to pounce on any unsuspecting person coming into contact with them.
And this applies equally to Coughs, Colds and Flu; as well as the current Coronavirus outbreak. Or its predecessors. Bird Flu. Swine Flu. Ebola. Zika virus. The list goes on and on. If you’d like a different perspective on these, click here and here.
But, is this really the case?
Go into ANY public place at ANY time of year and you’ll come into contact with people with all sorts of contagious diseases; ranging from the minor to the more serious. They may even be right next to you on the plane, train, bus or in the cinema.
So, does this mean you’re going to develop the same disease as them?
Occasionally “yes”. The majority of the time “no”.
Why is this?
Well, the easy answer is that it’s all down to susceptibility.
If you’re SUSCEPTIBLE AT THAT POINT IN TIME, you MAY go on to develop that particular disease.
But, it’s not guaranteed you will.
Nor is it guaranteed that, if you do, you’ll have exactly the same symptoms – or severity – as that other person.
However, if you’re NOT SUSCEPTIBLE, then you won’t succumb. Full stop. End of story.
It really is as simple as that.
In other words, there are lots of “if’s”, “buts” and “maybe’s”. It’s NOT clear cut. Nor a case of “a” automatically leads to “b” and so on.
So how come no one ever talks about susceptibility? That’s a very good question.
Our answer would be that it’s all about how you look after yourself on a day to day basis, rather than relying on “quick fixes” should the worst happen. It’s proactive, rather than reactive. Taking responsibility for your own health. Doing the simple things each day we talk about regularly in this blog to help yourself.
The more cynical amongst us might say that, as there’s no money to be made in encouraging people to look after their health, then it’s unlikely to be mentioned. Illness, after all, is big business these days …
If you’re in any doubt, look no further than the huge supplies of vaccines developed for seasonal Flu each year. Let alone for Bird Flu, Swine Flu or the various other outbreaks in recent years.
While it doesn’t make for attention grabbing headlines, the simple truth is there really is no bogeyman out there waiting just for you. Rather than letting your imagination run riot, why not take a look and see what’s really there? Find out what the actual risk is for you. Then take simple steps to address it.
Which neatly leads us on to the second issue we’d like to focus on today. It’s all about our basic survival instincts. The potentially lifesaving – and completely automatic – ability we all have to avoid anything that may pose an immediate danger to “life and limb.”
However, there’s a big difference between threats and fears.
A threat is immediate and life endangering. It’s happening RIGHT NOW and has to be dealt with RIGHT NOW. Often it happens so quickly that our fate seems to be determined in the blink of an eye. Looking back, we can’t quite believe what’s happened. Let alone how we reacted as we did. Managed to come out of it in one piece.
A fear is very different. It’s about what might happen NOT what is actually happening. It comes straight from our imagination NOT from reality. Even worse, it’s not a split second life or death thing, but can go on for days, weeks, months or years.
Little wonder it’s often referred to as False Evidence Appearing Real. Or, as someone so beautifully put it; it’s like taking the bogeyman out of the cupboard and putting him in new clothes and fresh make up.
And don’t forget fear’s insidious younger brother. Worry.
While threats, fears and worries may differ in intensity, our bodies react to them in exactly the same way. With adrenaline – “fight or flight” – and the release of huge amounts of energy to provide the necessary fuel. After all, if it’s all about life and death, it’s a small price to pay.
But what if it isn’t a split second life or death situation? What if our bodies remain on red alert for a danger that never quite materialises? For days or weeks; months or even years.
Just think of the energy burnt up in the process. The effect on our bodies and health. And, by a strange twist of fate, this hits our Immune Systems particularly hard which, ironically, makes us more susceptible to illnesses generally.
It’s little wonder that even short term stress can have such a detrimental effect on our health. We’ve written a couple of blog posts about stress which can be found here and here.
So, what’s the thought we’d like to leave you with today?
Well, it’s all about putting things into PERSPECTIVE. Rather than automatically accepting whatever’s on the news – or other people are saying – as true, applying a little thought of your own to it. Not getting swept away by all the hysteria. Asking yourself whether it feels right – or rings true – to you? Doing a little research of your own.
While people seem all too quick to jump to conclusions, you don’t have to join in the game. You could just decide to sit on the fence – say you don’t know – and wait and see what happens.
And, while you do so, doing the simple things at home each day to help yourself. We’re sure you know what they are by now (!) but you can always click here for a quick reminder.
As always, the choice is yours.
Tagged as: Health, Mindset, New perspectives
Share this post: