Posted on 12th August 2020 at 07:05
With the heatwave continuing, many people have been receiving the unwanted attentions of those “flying beasties”. Gnats, midges or mosquitos on the lookout for an easy meal. Wasps or bees on the defensive. Whichever way, a bite or sting can ruin your day.
So, this week, we’re going to take a look at these beasties. Give you a few tricks to help prevent being bitten in the first place. And, if the worst happens, how to speed things on their way.
Let’s start with those beasties out for an easy meal, in other words, a slurp of blood. Gnats, midges and mosquitos. While it may feel as though you’re being singled out, they have quite eclectic tastes; not minding too much who the lucky donor is. Human, pets and livestock; as well as other animals too. 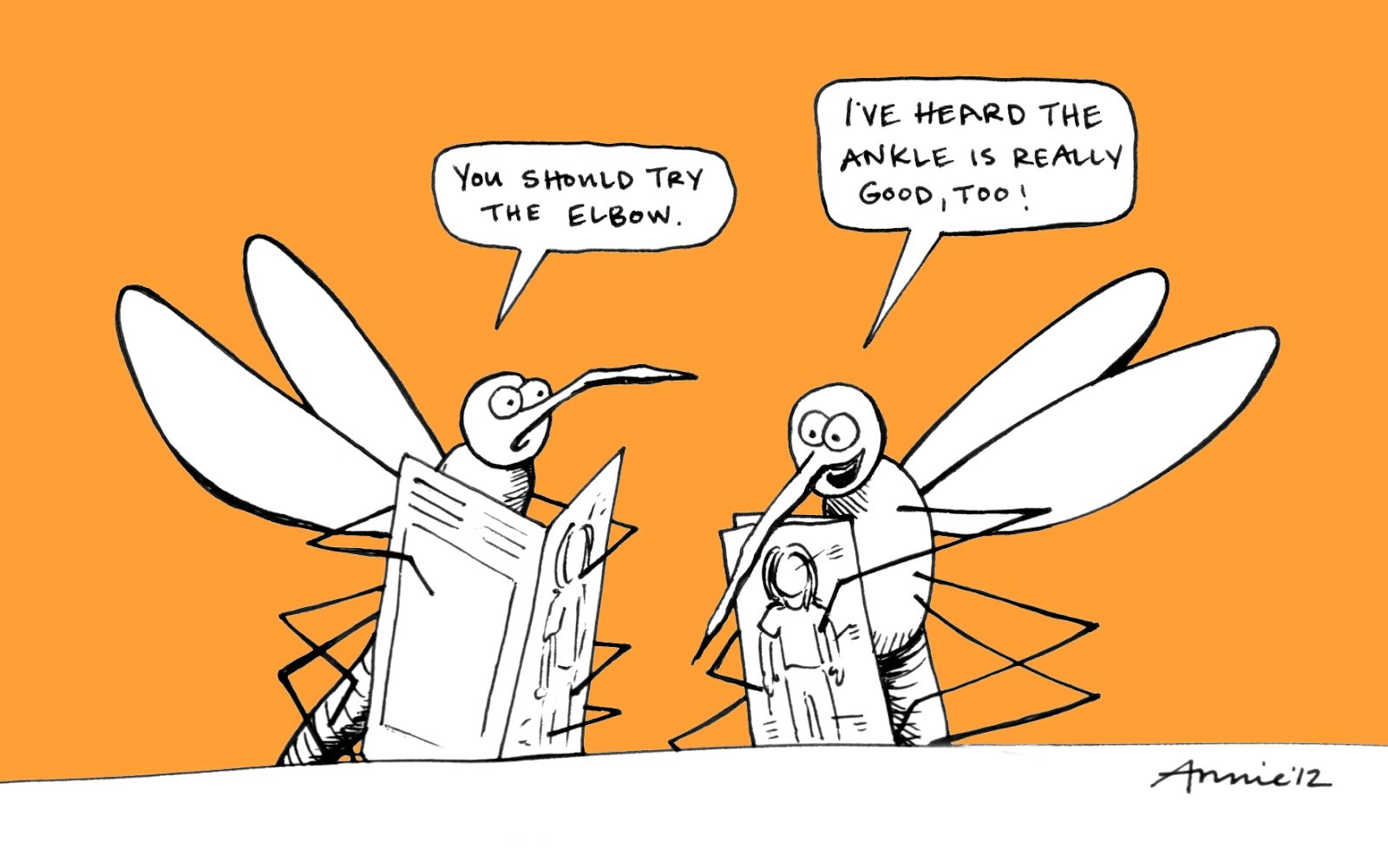 And, before we go any further, here are a few bizarre facts about them you may not have come across before. To start with did you know that only mosquitos bite? Gnats and midges cut through the skin using four cutters inside their mouths, rather like a surgeon’s knife. We bet that’s made you squirm!
Or that it’s only usually the female of the species who has a nibble? It’s thought this is due to blood being rich in protein and other nutrients, providing the raw materials needed to produce eggs for the next generation of flying beasties.
And, finally, gnat bites tend to be more painful than mosquito bites. Gnats also tend to take more blood than mosquitos, with their bites taking longer to heal.
Regardless of how the skin in punctured (!) saliva is then pumped into the wound. Among other things it contains anti coagulants to prevent a blood clot from forming – so bypassing the body’s natural healing response – and allowing blood to be sucked out. At the same time, other chemicals are released, alerting any nearby beasties that food is available. This is the reason that, as soon as you’ve been bitten once, you seem to be top of everyone else’s menu too!
Contrary to popular belief, it’s the saliva – rather than the bite itself – which causes the telltale inflammation, blisters and irritation. And this, in turn, can be affected by whatever the beastie has nibbled on before you. We won’t say any more about this but leave the rest to your imagination (!).
The response to a bite can vary hugely, depending on the person and their particular sensitivity. While one person may only have a small itchy lump which clears away in a few days; another may have a full blown allergic reaction and need to carry an Epipen.
Obviously a little common sense is needed, but there are lots of things that can help to reduce the inflammation and itching, while promoting healing. Lavender essential oil ticks all the boxes, as well as helping keep other beasties at bay. Aloe vera gel, along with witch hazel gel, both help to reduce the inflammation and itching. Applying an ice cube to particularly painful or swollen bites can also help reduce inflammation, as well as soothing any pain. Finally, homeopathic remedies such as Ledum and Arnica can help too.
Other essential oils can also be used as natural insect repellents including citronella, eucalyptus, lemongrass, clove oil and rosemary. You can either apply a few drops to the pulse points – behind the ears and on the inside of the wrists / ankles – or dilute them in water and use as a spray for you or areas you spend time in.
With the flying beasties being more active in the evenings, keeping covered up – with long sleeved shirts and trousers – is a sensible precaution if you’re outside at that time of day. As is keeping away from water, where they like to gather. Finally, light coloured clothing is thought to make you less conspicuous to them.
One other thing to bear in mind is that the natural smell of your skin can play a part too. It seems that some people just smell too good as far as these beasties are concerned. Some foods, particularly marmite – or as alternative, Vitamin B1 – and garlic can subtly change this and so help reduce the chance of being bitten in the first place.
By contrast, wasps and bees aren’t out for a quick meal. Instead they feel threatened and so go on the defensive. While it’s true to say that wasps have a shorter temper than bees (!) even an angry bee will leave you alone if you give it a little room and let it go about its business. This is particularly so as, for a bee, a sting is fatal. This is because their sting is barbed and so pulling it out literally disembowels them.
In both cases, the pain from a sting comes both from it puncturing your skin and the venom injected into you in the process. The venom produced by wasps and bees is slightly different, with bees tending to produce larger amounts than wasps.
As with the smaller beasties a little common sense is needed, particularly for those who are sensitive to stings. However, again, they can be easily dealt with at home by the majority of people.
Not surprisingly, the first thing to do is to make sure the sting has been removed. Rather than using a pair of tweezers, use your thumbnail to ease it out sideways. Then gently clean the area and use an ice cube to help reduce the swelling. Compresses can also help, using bicarb of soda in a little water for bee stings and vinegar for wasp stings. The difference is due to the difference in the venom produced by bees and wasps. Aloe vera gel or witch hazel gel can also help, as can lavender essential oil. And don’t forget that the same homeopathic remedies can help too.
With that, it’s over to you to enjoy the rest of your summer!
As always, the choice is yours.
Photograph by Annie12
Tagged as: Health, New perspectives
Share this post: