Posted on 7th August 2019 at 09:09
Goodness, how time flies by. Back in March 2015, as part of our occasional “Ticking Health Time Bomb” series, we took a closer look at Glyphosate. Why it may not be as safe as people would like to think. Let alone by the farmers or gardeners coming into direct contact with it. A copy of the post can be found here.
Ironically, only a few days after our post, the World Health Organisation’s International Agency for Research on Cancer – known as IARC – finally bowed to a huge amount of independent research, re classifying Glyphosate as “probably carcinogenic to humans.” This was based on limited evidence of Cancer in humans (from real world exposures that had actually occurred) and sufficient evidence of Cancer in experimental animals (from studies using pure Glyphosate). Despite the monumental nature of this re classification, it received very little coverage on mainstream media and so the message did not reach those it needed to.
However, it did finally open the floodgates to litigation by those alleging that exposure to Glyphosate – Roundup – had contributed to their Cancer and the first three of these cases have now reached the American Courts. 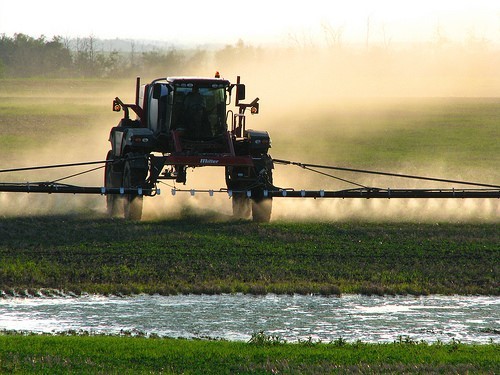 The first came last Autumn and concerned the case of Dewarne Johnson, a 46 year old former groundskeeper. Not only did the Jury find that Roundup had caused Mr Johnson’s terminal Cancer BUT ALSO that Monsanto had failed to warn him of the health risks from exposure.
Not surprisingly, this landmark ruling led to a huge number of other cases being filed – over 11,000 in America alone, according to reports – with a number being consolidated into a single test case in San Francisco.
This concerned the case of Edwin Hardeman and was heard earlier this year. Mr Hardeman had used Glyphosate on his properties for three decades before being diagnosed with Cancer in 2015. Again it was found that exposure to Glyphosate had contributed to his Cancer AND that Monsanto had been negligent in failing to warn him of the risks of exposure.
The third case, involving Alva and Alberta Pilliod, was heard in May 2019. Again they had used Glyphosate on their properties for a number of years before both being diagnosed with Cancer.
In all three cases, substantial damages were awarded, although some of these have been reduced on appeal by Monsanto, which is now owned by Bayer.
While there has been some coverage of these cases in the mainstream media – although tending to focus on the size of the damages rather than their findings – the majority of people are still unaware of the dangers posed by Glyphosate. Glyphosate / Roundup continues to be available in many stores despite it being withdrawn by some big names including Costco and Waitrose.
It’s important to remember that these court cases only focussed on the link to one particular type of Cancer, Non Hodgkin’s Lymphoma. However, Glyphosate is thought to play a part in many other health problems including digestive and skin issues as well as birth defects, neurological and hormonal problems.
Alongside this, a more worrying development was highlighted by research carried out by Environmental Sciences Europe in 2016. This found that many farmers have been using Glyphosate for off label purposes. In other words, in ways not intended by Monsanto.
One practice causing particular concern was first seen in Scotland in the 1980’s and involves spraying the crop one or two weeks before harvesting. This kills the crop and so starts the drying out process well before harvesting. Not only does this ensure that the crop dries out evenly, so making harvesting much easier, it also avoids the high costs of having to dry out the crop after harvesting. However, this leads to much higher residues in both the crop and straw, with the later often being used for animal bedding or forage. It also means that Glyphosate enters the food chain directly in the food we eat AND indirectly in that eaten by animals whose meat, milk or eggs we then consume.
Researchers have also found that Glyphosate can linger in the soil for much longer than previously thought. Not only can this affect the earthworms living there – killing them or affecting their fertility – but also the fungi and bacteria which play an important part in maintaining the soil’s structure and fertility. And it doesn’t stop there. Just think about the many other animals – not just birds and insects – who live and forage on arable fields too…
Added to this, recent research by the Environmental Working Group (EWG) in America has found that many cereals, snack bars and other grain based foods are now tainted with Glyphosate. This is adding to the overall chemical burden contained in the food we eat and is illustrated by the EWG’s annual “Dirty Dozen” list of fresh fruit and vegetables.
While it focusses on pesticides, the 2018 “Dirty Dozen” list illustrates the extent of the problem. In the 38,000 samples tested, it found the residues of more than 230 different chemicals, including those such as DDT which had already been banned. We did a blog post on last year’s report which can be found here.
We appreciate that this post doesn’t make easy reading. However, it’s vital that the message gets out to the wider public. Not only in the products you may be using at home – or in the garden – but how it affects the food you buy.
Once again, it highlights the importance of doing your own research and not automatically accepting what anyone tells you – whether producers or mainstream media – is true. Similarly, just because something is in the shops it doesn’t automatically make it safe to use or eat. Sadly, much of modern life is driven more by financial concerns than those of health or safety.
Looking at it from a more positive viewpoint of what you can do to help yourself at home, the same message keeps coming over loud and clear. Avoid processed foods, which tend to be made from lower quality ingredients to keep the costs down AND lose much of their nutritional value during the production process.
Minimise wheat based products which, at the very least, are difficult for the body to digest and are linked with many health problems.
Salad and many vegetables can be grown in containers in the smallest space at home, including a sprouter on the kitchen windowsill. If not, wherever possible, buy organic or from a local farm shop you know and trust. This is particularly the case for the fruit and vegetables on the EWG’s “Dirty Dozen” list.
And, finally, ALWAYS do your own research rather than relying on what is said by the producers or in the mainstream media.
As always, the choice is yours.
Tagged as: Diet, Health, New perspectives
Share this post: