Posted on 27th November 2019 at 08:48
And, if your halo is shining and think this doesn’t apply to you, think again!
Whether we like to admit it or not, we all carry around a little – or a lot (!) – unfinished business with us. Big or small. Far in the past or much more recent. Something we try to turn a blind eye to – or perhaps not...
Unfinished business is like a heavy bag we’re lugging around with us all the time. Draining our energy and getting in the way. Distracting us from the here and now.
And it’s not just our precious time and energy that we’ve wasted by starting something we’ve never quite finished. Often, leaving something open – in limbo – is much more draining than doing something about it. As well as the effects its ripples have over our life as a whole. And we’ve all found out about that at some time or other (!). 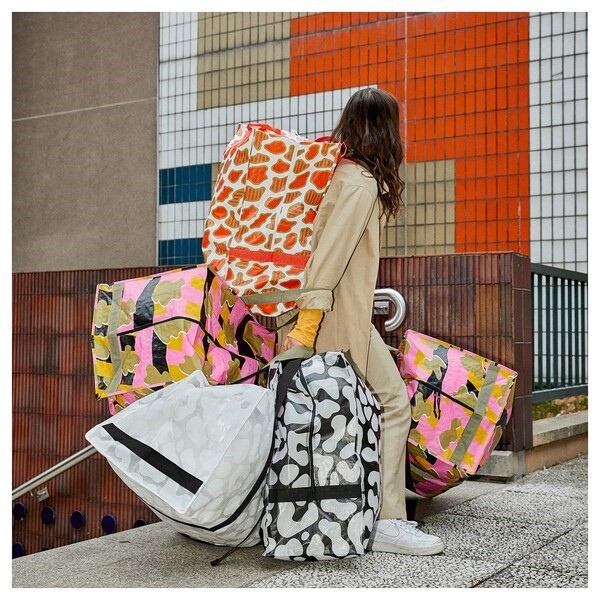 Even worse, when we do eventually do something about, we often find out that it was much easier to deal with than we could ever have imagined. How stupid is that? Not forgetting the relief that comes from actually doing it…
But it goes deeper than that. It’s much more about the emotional baggage which comes along with the unfinished business. Whatever this may be.
Perhaps it was something we really didn’t want to do in the first place. We did it because we felt pressurised in some way. Or felt that we should. Often the pressure was very subtle, one of our “buttons” was pressed.
And, as an aside, when you find yourself using the “should” word it’s the equivalent of a big red STOP sign. Should ALWAYS comes from outside. It’s a sign of something we don’t want – or really desire (!) – to do. If so, we’d just go and do it. Job done.
Should is ALWAYS something someone else wants us to do OR we assume – rightly or wrongly – this is the case. Either way the impetus isn’t coming from us and that’s always a recipe for disaster.
Oh, and while we’re talking about “should”, don’t forget it has several other siblings. Could. Would. Must. The words may be different but the energy behind them is the same.
“I could do x.”
(When what we really mean is that we’re not inspired to do it and really don’t want to)
“I would do x.”
(Ditto!)
“I must do x.”
(Ditto!)
If you’re in any doubt, say them out loud using something from your “to do” list – better known as your “good intentions” list (!) – and feel the energy behind them. Heavy, draining, smacking of unwelcome work. Can’t you just feel your heart sinking at the prospect?
With all of this going on, it’s not surprising that so many “shoulds”, end up left as unfinished business.
Getting back on track (!), perhaps the emotional baggage coming along with the unfinished business isn’t too heavy or too much of a drain. A little bit of irritation, frustration or resignation.
Maybe it’s something much stronger. Full on anger, resentment, guilt or shame. Whatever it is, we can guarantee that the passage of time isn’t going to make it any better…
So, what’s the answer?
Well, as always, it’s quite simple. Whenever anything comes up under the “unfinished business” heading, take a deep breath. And probably then another (!).
If it’s something relatively small, simple or quick to deal with, do it right now. Or, if that really isn’t logistically possible, earmark a time to do it in the not too distant future. Even by doing that, you’ll feel much more in control and, more importantly, it will stop draining the energy from you. You can safely leave it alone until its allotted time comes.
Then, when you’ve done it, give yourself a big pat on the back. Well done!
But what if it’s something larger or more complicated?
Well, to start with, earmark some time when you can sit down and take a more objective look at it. Really think it through. Look at it from all angles. What / who it involves and, crucially, what part you played in it. What – if anything – can you realistically do to help resolve it at this moment in time?
Often there’s so much emotional energy tied up in whatever it is that there’s no simple or quick solution. This is particularly so where someone has decided they’re “right” and so, by definition, everyone else is “wrong.” And, while we all hate to admit it, this may mean us (!). So, please don’t let the Little Monster in your head take you straight into the “blame game”…
Sometimes it’s just a case of a little acceptance. Accepting what’s happened, taking a deep breath and letting it go. Forgiving ourselves for any part we may have played in whatever it was AS WELL AS everyone else. And then, having let the unfinished business go, setting our sights firmly on the future.
This doesn’t mean you have to jump straight in and try to force things to go in the way you want. Sometimes simply giving them a little space will let them do this for themselves. The important thing is that you’ve taken all the negative energy and focus out of it, as well as reducing the load you’re carrying around with you every day.
Finally, before we finish for today, we'll leave you with one other little thought. With prevention being much easier than cure (!), there’s a very simple little word to stop many problems from appearing in the first place. It’s one of those words that many people seem to find hard to use, have you guessed what it is yet? No.
For those of you who don’t like using it (!), a quick reminder that it doesn’t mean you’ve turned into a selfish / unhelpful / fill in the blank person.
It’s all about boundaries. Using your time and energy in the best possible way for you, as well as everyone else. After all, isn’t it better to do things in a good spirit AND because you want to, rather than with bad grace because you don’t?
And, have you ever stopped to think about what it’s like for the person on the receiving end? Having something done for them with all that negative “I really don’t want to do doing this” energy behind it… As someone so wisely put it, “Better not done at all rather than with bad grace.”
As always, the choice is yours.
Tagged as: Mindset, New perspectives
Share this post: