Posted on 22nd March 2017 at 07:30
A couple of weeks ago we looked at Vitamin C and promised to write about free radicals. The part they play in many chronic degenerative diseases and how the antioxidants found in Vitamin C (as well as in many other nutrients) can help to stop – and even reverse – this process.
While you may not know exactly what free radicals are, you’ve probably heard about them before. Often in connection with the latest “miracle” skin cream which promises to restore youthful looks in a flash. However they are much more than this. 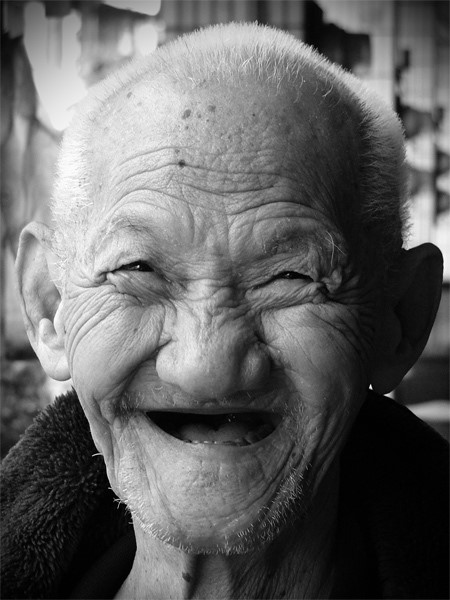 What exactly are free radicals?
To explain what free radicals are we need to quickly look at the building blocks of cells. And, don’t worry, we’re going to keep it nice and simple (!). And it goes like this: Cells are made up of molecules. Molecules are made up of atoms. Atoms are made up of a neutrons, protons and electrons. Phew (!).
When a molecule is damaged this can lead to it having a “spare” unpaired electron. This makes it unstable and, in an attempt to restore the balance, it then “steals” another electron from a nearby molecule. In this unstable state, the molecule is known as a “free radical” because of its ability to react very quickly in an attempt to gain stability.
However – and this is the important bit – while it may then become stable, the “attacked” molecule become unstable and a free radical itself. This leads to a domino effect, with a succession of molecules “stealing” electrons from those around them.
It’s estimated that this process can be repeated many millions of times within the same cell in one nanosecond – one billionth of a second. Once the process has started, this cascade causes a huge amount of disruption, damage and finally death to the cell. It can then spread to surrounding cells and so the process goes on.
Free radicals are produced quite naturally during many of the chemical processes which occur within cells, such as energy production and detoxification. The Immune System also creates them as part of the immune response to help neutralise viruses and bacteria.
In addition, stress significantly increases the release of free radicals, as hormones are released to prepare the body for “fight or flight.” Interestingly, heavy physical exercise has a similar effect.
Under normal circumstances the body has the resources necessary to be able to clear free radicals quite easily. However, if antioxidants aren’t available or free radical production becomes excessive, damage can occur. And this plays a major part in many chronic degenerative diseases as well as the ageing process.
In addition to natural causes, the release of free radicals can also be triggered by a variety of external and environmental factors. These include pollution, radiation, cigarette smoke, herbicides, pesticides, heavy metals, prescription drugs, preservatives and transfats.
What conditions are they particularly associated with?
Cardiovascular disease, where free radicals trigger premature cell death and inflammation within the Cardiovascular System. This, in turn, reduces levels of nitric oxide in the blood which is needed to maintain blood flow and the dilation of arteries. Free radicals can also trigger the oxidation of LDL cholesterol which, in turn, is linked with heart disease.
Cancer, where the damage free radicals cause to DNA and the structure of cells can contribute to the development of Cancer.
Ageing, where damage to the DNA in cells leads to new cells growing incorrectly, speeding up the ageing process. And, if you’re in any doubt about this, just look at how much quicker those who smoke and drink heavily seem to age.
Studies have also suggested that free radicals play a part in the development of many other chronic conditions which feature inflammation. These include Obesity, Dementia, Macular Degeneration, Asthma, Emphysema, Alzheimers Disease, Parkinsons Disease, Arthritis and Lupus.
How do antioxidants prevent against free radical damage?
Quite simply by “donating” one of their own electrons to the free radical which stops the chain reaction. This can be done because antioxidants remain stable, whether with or without the electron. Effectively this makes them scavengers, helping to clear up free radicals and prevent cell and tissue damage.
What are the most powerful antioxidants?
Vitamin C is probably the best known antioxidant, but there are many more. These include Vitamin E Zinc, Selenium and COQ10.
Vitamin C is the most abundant antioxidant in the body and, being water soluble, is mainly found in cell fluids. It also helps Vitamin E to return to its active form after use.
By contrast, Vitamin E is the most abundant fat soluble antioxidant in the body. It helps to protect fats – lipids – from damage by free radicals.
What foods are high in antioxidants?
Antioxidants are highest in fresh fruit and vegetables particularly colourful fruits and vegetables such as peppers, berries, tomatoes, broccoli, spinach, kale, nuts and green tea. They can also be found in many nuts, seeds and plant based oils. This is one of the many reasons that a wholefood – and partly raw – diet is always recommended for optimal health.
And the bottom line is…
Once again, it’s the small things you do every day that make the difference. Increasing your fresh fruit, vegetable and salad intake is an easy thing to do and has a myriad of positive health effects.
Similarly cutting down – or removing completely – substances which are known to trigger their release will have many more positive effects beyond reducing the risk of chronic degenerative diseases.
As always, the choice is yours.
Tagged as: Diet, Health, Lifestyle, Vitamins
Share this post: