What on earth is the Appendix for?

Posted on 10th April 2019 at 08:30
Having been asked this question several times recently – and heard some great old wives’ tales in the process (!) – we thought it was time to as dispel some very popular misconceptions about the Appendix, some of which we’re sure you’ve heard before…
Despite its small size, the Appendix only tends to be mentioned in hushed tones accompanied with words of dread. Why is this? Well, probably, because the only time we spare it a thought is when there’s a problem.
For good reason, Appendicitis is one of the most feared medical emergencies, due to its rapid onset and levels of pain involved. Added to this, there’s always the worry that it will burst, although this is something of an old wives’ tale.
So let’s find out all about the Appendix and dispel a few myths in the process. 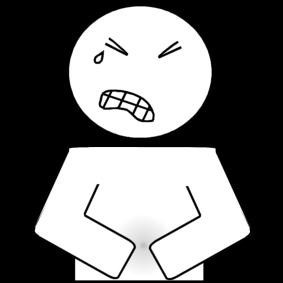 The size of a little finger, the Appendix is found on the lower right hand side of the Abdomen, where the Small Intestine meets the Large Intestine.
The million dollar question is what on earth does it do?
Over the years there have been many – highly imaginative – theories on this. The perennial favourite is that it’s left over from when humans had a tail. Sadly, it isn’t!
It now appears that the Appendix has an important immune function. While it may not be immediately obvious, the Digestive System acts as one of the first lines of defence for our bodies. Just think how easy it is for all sorts of “undesireables” to hitch a ride on all the things we eat or drink each day. And, once there, what a good home our Digestive System then provides. Warm, dark and well protected, with a plentiful food supply. Oh and plenty of opportunities to easily travel around the body. We bet you’ve never thought of it in those terms before!
In addition, it’s recently been found that the Appendix acts as a storehouse for the so called “good bacteria” needed to help digest our food, as well as maintain a healthy gut.
And while we’re talking about what the Appendix does, let’s quickly dispel a couple of very common misconceptions about it.
The first, is that the pips from any food you eat – apples, grapes, oranges and the like – can get stuck there, so triggering Appendicitis. Even worse, they can even start growing...
The second is that chewing gum – or bubble gum – can also end up there with similarly dire results.
Thankfully they’re both untrue!
So why does Appendicitis happen?
Despite being such a small organ, the Appendix can easily become blocked; whether by hardened faeces, mucus or the aftermath of an immune response. It then starts to swell leading to an infection, fever and, not surprisingly, acute pain. There may also be diarrhoea, constipation or sickness.
And let’s quickly dispel another old wives’ tale. There’s no danger that the Appendix will burst like balloon, which is the picture most people seem to have in their minds. Thank goodness for that! Instead, it becomes so inflamed and swollen that two things can then happen.
The first is that its contents start to leak into surrounding tissues, so allowing any infection to spread to them. Alongside this, pressure is put on the surrounding organs, which then restricts the blood supply to them. Without a blood supply they can then start to die, with the risk of infection spreading on to other tissues. Not surprisingly, this is all incredibly painful, so it’s rare for things to get to this stage.
Let’s finish with some Appendix related trivia:
Very few animals actually have an Appendix. Humans, along with apes and other primates, have them as do rabbits, wombats and opossums. And why this is, no one yet knows!
The Appendix starts to develop early in pregnancy, around the 5th week, and develops rapidly early in life. It is largest – relatively – during childhood and then diminishes in size during adulthood. This seems to confirm its importance as part of the Immune System.
Leonardo da Vinci is thought to have been the first person to include an Appendix in his anatomical drawings, all the way back in 1492.
And, finally, the Ancient Egyptians named it the “worm of the bowel” as they came across it while mummifying bodies.
So there you have it!
As always, the choice is yours.
Tagged as: Health, New perspectives
Share this post: