Why are so many people looking for a magic solution?

Posted on 9th August 2017 at 07:30
Over the years we’ve noticed that many people come to us seeking a magic bullet to cure their problem(s). Instantly. And, this is the crucial bit, without them needing to do anything themselves. Or, heaven forbid, making any changes to the way they choose to live their lives.
Not only do they want a magic solution, but they tend to be extremely selective in considering where the problem may actually have come from in the first place. And it doesn’t matter whether it’s to do with their health, relationships, finances, work or something else entirely. They always seem to look for an external reason for whatever the problem may be. 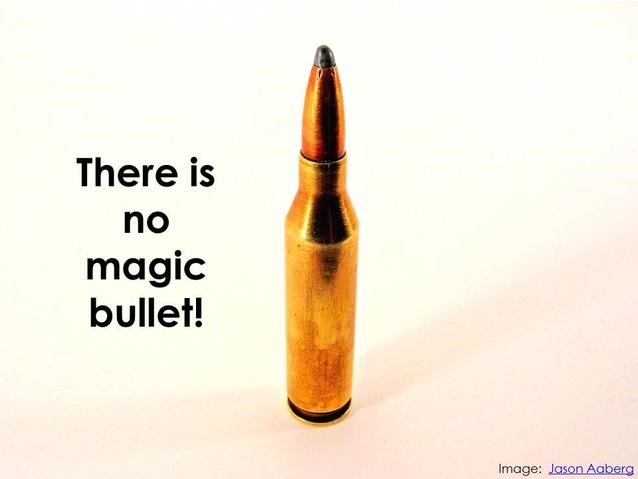 For some reason they seem unable – or reluctant – to look to themselves for the answer. To take responsibility for themselves and the part their choices played in creating the problem in the first place. And choosing to ignore an issue – to turn a blind eye and do nothing – is just as much of a choice as consciously taking action.
Instead they expect someone else – whoever that may be – to come and sort it out for them NOW. Often the finger of blame is pointed in the direction of those perceived to be in authority. Perhaps at the government or big business; or more specifically at doctors, teachers, social workers or their parents. The latter being a favourite scape goat for people of all ages (!). It’s almost as though they’ve remained a child albeit in adult form.
Added to this, the seeds of the problem are often obscured by the mists of time; making it difficult to link cause and effect. Perhaps it was one poor choice years – or decades – ago that started the ball rolling and have had such devastating effects now.
Or, more likely, a series of small yet bad choices.
May be it’s down to an innocuous habit – or piece of advice in the public arena – they simply followed and never thought to question. But – and it’s a big but – just because everyone else is doing it, it doesn’t mean it’s the best thing for you to do.
Or, the response we hear all too often, they’ve done it for years – whatever “it” is – and can’t understand why it’s suddenly causing problems now. The signs were there, they just didn’t see them.
It may be a hard pill to swallow but the only person who’s responsible for you and your life; is you. However much we would like it to be different, our lives are the result of all the choices we’ve made over the years. Whether consciously or by default.
While this may sound daunting to start with – “What on earth am I going to do about this?” – it puts you in an incredibly powerful position. It lets you decide what’s truly best for you, rather than letting others assume that they know what’s best for you. After all, despite what anyone else would like to tell you, you’re the one who knows yourself best.
But what if where you are now isn’t the best place to start?
Or, as that old joke so beautifully puts it:
A tourist stops to ask a local for directions. “Well, sir” says the local “If I were you I wouldn’t start from here.”
Well, here is where you have to start from, however much you’d like it to be otherwise. By simply deciding that you don’t wish to remain where you are – and having a general idea of where you’d like to be instead – you’ve already taken the first important step to getting there. You’re looking forward to where you want to go, rather than remaining stuck where you currently are.
Equally important is to take a look back and see how you got here. It’s time for a little introspection, however scary that may seem. This isn’t so you can beat yourself up – or go into “poor me” victim mode – but so you can learn from it. Remember you can’t change the past but you can learn from it. And mistakes are only a bad thing if we don’t learn from them.
This is the reason why visits to the past can be so useful, provided they’re kept short and sweet. Whether it’s that you DEFINITELY won’t do x again (!) or you’ll do it differently next time, that’s fine. Learn what you need to from it and move on.
And there’s one little word that will help you with this no end – and one you can easily resurrect from your childhood – the little word “why”. Regaining the habit of questioning everything – whether it’s something you’ve always done and accept as being true; or some new information coming your way – is one of the most powerful habits you can foster.
So now you know where you’d like to go, and have learnt all you can from where you don’t want to be, you’re well on your way. Not only have you got into your car and turned on the engine, but turned it round to point in the direction you want to go.
Or, put another way, you’ve put solid foundations in place for the new life you’d like to build.
And then, if you feel you’d like some help from others – whether it be a person or an organisation – then you can do it on your terms, in a way that suits you best. You’ll still remain in control of your life and of what’s best for you.
Ironically, by taking back responsibility for your life, you’ll often find that magic solutions seem to appear to help you on your way. But, here’s the secret, they only appeared because you’ve taken responsibility for your life. Not to take it away from you.
As always, the choice is yours.
Tagged as: Lifestyle, Mindset, New perspectives
Share this post: