Why do we yawn?

Posted on 16th August 2017 at 07:30
It’s been a while since we’ve tackled one of those questions without a simple answer that children love to ask. And, as it’s the summer holidays, there’s still time for plenty more! So we thought it was time for a little research on something we all do every day without ever thinking about.
The easy – and obvious – answer is that we yawn when we’re tired. Or bored. Or both.
The traditional explanation for yawning is that we breathe less deeply when we’re tired or bored. This means that the body takes in less oxygen, leading to an increase of carbon dioxide levels in the blood. Which, in turn, causes us to yawn and so breathe more deeply, taking in more oxygen and releasing more carbon dioxide. As a result we feel more alert. Less tired and bored. 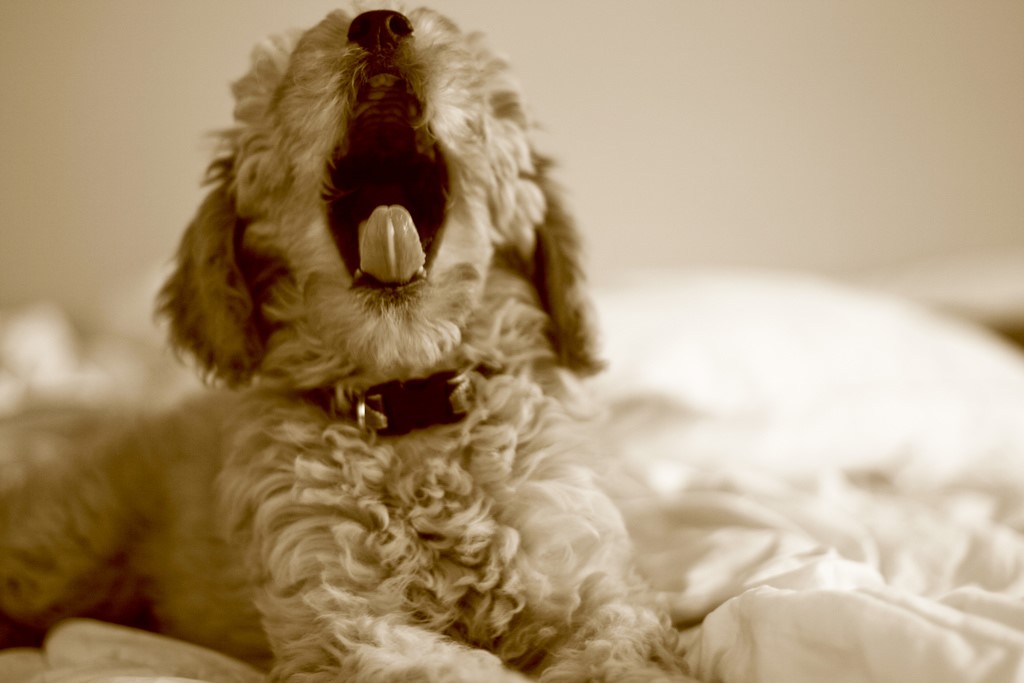 However, recent research has suggested that reduced oxygen levels may not be the trigger but simply a sign of something else. Of a rise in body temperature, particularly within the brain.
Our bodies are designed to function within a very narrow set of parameters, including body temperature. As our core body temperature increases, brain activity slows down, making us feel sleepy and less alert.
Yawning, quite simply, allows larger quantities of cool air to be taken in to the body so helping reduce body temperature. At the same time, more oxygen is also taken in. And both of these help to increase brain function and so makes us feel more alert.
While the new explanation may sound a bit like “two sides of the same coin”, it provides a more comprehensive answer for why we yawn. It also explains why people tend to yawn more when they’re in a warm room, regardless of whether they’re bored or tired. And why going outside into the fresher air usually helps stop it.
Yawning is also a way to release pressure within the inner ear, for example, due to a change in altitude or being bunged up with a cold. It stretches the eardrum which, in turn, opens the Eustachian Tube, so allowing pressure to equalise; with its tell tale “popping”. Chewing gum or having a voluntary yawn does the same thing.
As an aside, yawning has also been found to increase levels of dopamine – the so called “feel good” hormone – within the brain. And, there’s no doubt about it, we all feel better for a good yawn. Not to mention a good stretch.
While yawning is a natural part of life, excessive yawning has been linked to certain health problems, particularly of the Brain / Central Nervous System. However it should be stressed that these are rare and include Epilepsy, MS and tumours. Yawning can also be a side effect of some medication.
Yawning shares many characteristics with laughter. Both can occur voluntarily or involuntarily. And we all know how difficult they can both be to disguise! They’re contagious, with one person yawning triggering those around them.
As an aside, simply reading about yawning can be enough to trigger it. So the question is whether you’ve had a yawn – or two (!) – while reading this post?!? Finally, both laughter and yarning have been described as non verbal forms of communication, understood by all those around them.
So let’s finish with a few bizarre facts about yawning before we go, to amaze – and confuse (!) – your friends.
Did you know that babies in the womb yawn? That it’s not just humans who yawn, but many other animals too? In some animals, like guinea pigs, pronounced yawns showing the front teeth are used as a sign or anger or aggression. And, finally, that yawning is more contagious between family and close friends – and can be used to indicate how empathetic (or not) a person is.
And, before we finish, it seems only right to remind ourselves of what Little Red Riding Hood could have said about yawning:
“What big teeth you have Grandma.”
And, all together, with the reply:
“All the better to eat you with my dear.”
As always, the choice is yours.
Tagged as: Health, Lifestyle, New perspectives
Share this post: