Posted on 13th May 2015 at 07:30
Worries. Worries. Worries. There seem to be so many different things to worry about these days.
Your health. Family. Money (the number one worry according to all the surveys). Job.
And that’s before you start on the so called “big issues”.
Humans really do seem to be the worrying animal. But is this how life is meant to be? On a continual treadmill of one worry after another. Or juggling several at the same time?
Compare this with the rest of the animal kingdom and the difference quickly becomes obvious. Watch any animal in its natural surroundings and you’ll notice that worry doesn’t enter into their life. 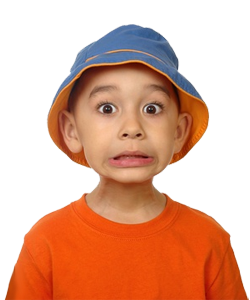 Whether it’s a sunny summer day – or freezing winter one – they simply accept whatever life throws at them. And deal with it. No fuss. Or dramas. And then on to the next thing. Life really can be that simple.
Put an animal in captivity – whether a pet or wild animal – and this quickly changes. In very short periods of time they will quickly start to exhibit many of the same negative emotions as humans. Fear. Worry. Anger.
Talking to patients, the thing we hear over and over again is that it’s quite normal to worry. That everyone does it. Oh, and how can you not worry with everything going on in your life / the world?
But just because everyone else does it, that doesn’t automatically make it a good thing to do.
Being socially acceptable doesn’t stop it from being a bad habit, no different to any other.
So let’s look at worrying from a different perspective. And that’s to ask what’s the benefit of worrying? An odd question to ask you may think, but if there isn’t any benefit to worrying why on earth do we spend so much time doing it?
The answer to this question is normally a stunned silence, as worrying is seen in a new light.
And when an answer does come, it’s usually along the lines of worrying being a way of looking at all the options.
But is this really true?
Rather than methodically looking at the issue, and weighing up all the options, worrying focuses on the worst possible scenario.
Or, more accurately, the worst possible scenario that can be imagined. And usually bears little resemblance to reality or likely outcomes.
Added to this, while you’re busy worrying you’ve put a huge obstacle in the way of an answer coming to you. Which is now, at this very moment. From logically thinking things through. Or tuning into your intuitive. Or, more likely, a bit of both.
Ok, we hear you say, that’s all very well but what’s the alternative to worrying? Well, it’s really a very simple process.
When a problem comes up – big or small – jot it down. What the issue is and what outcome you’d like.
If it’s something small and easy that you can deal with now, deal with it. Job done.
If it’s going to need some thinking and / or research, decide how much time you’re going to take to deal with it and when you’re going to do so.
Say, you want to buy a new car, but don’t know what to get. And you think it’ll take a couple of hours to do the initial thinking and research. Allocate yourself some time, perhaps, at the weekend to do this.
Until then leave it alone. Don’t think or worry about it, just get on with your life. This allows all your creative juices to flow!
If you’re lucky enough to have a flash of inspiration, jot it down. Don’t forget all those times you had a bright idea as soon as you stopped worrying about it.
When the time comes to do look at it again, logically and quietly go through all the options.
If a solution jumps out at you, great.
If not, leave it for now and allocate more time in a few days to have another look at it.
Often you’ll find that you have some inspiration this time but, again, don’t take any action until you feel sure this is the best thing for you.
Sometimes you’ll need to go through this process several times, other times not.
Either way isn’t it much simpler – and easier – than endlessly worrying about things?
And if you need another reason to use this approach, here’s one.
We’ve often heard worrying described as “negative goal setting.” So what do we mean by this?
Well, while you’re busy focussing on all the things that could go wrong, how likely do you think it is that you’ll notice anything positive that’ll help you?
The answer is no chance at all. If your attention is only on the negative, you’re never going to see a positive. This is the reason why those with a negative outlook on life will only see the negatives in any situation, regardless of how good it is.
Oh, and before we close for today, here’s an easy way to instantly defuse any worries or fears you may have. It can feel a bit scary to do but instantly puts things into perspective – if you’re brave enough to do it! So take a deep breath and here we go.
For a couple of minutes only, imagine the worst possible scenario. This may make your stomach churn, and heart race, but hang on in there.
Once you’ve faced your worries, they lose their power over you. Trust us, it really does work. Take a deep breath and pat yourself on the back.
Now spend a couple of minutes imagining the most likely outcome.
And, finally, focus on the best possible outcome.
By doing this, you’ve instantly put everything into perspective. You’ve faced the worst scenario head on and suddenly it doesn’t look so bad. Remember it’s our survival instincts that make us avoid the things we worry about and fear. But, sometimes, this isn’t the best way to deal with them.
And the other two scenarios have become positives outcomes.
So now you’re going to ask whether we practice what we preach? And the answer is “yes” we do.
Not only does it make life so much simpler, but you’ll feel much more in control, rather than at the mercy of whatever is going on around you.
And, finally, for an instant antidote to worries you need look no further than The Lion King and Hakuna Matata – no worries!
https://www.youtube.com/watch?v=xB5ceAruYrI
So why not try it for yourself? Remember the ideas we give you can only help you if you use them!
As always, the choice is yours.
Tagged as: Lifestyle, Mindset, New perspectives
Share this post: