Do you ask or assume?

Posted on 25th November 2015 at 07:30
We heard this lovely story recently and thought we’d share it with you. It also follows on neatly from our recent blog post about how easy it is to ask for advice from the wrong person.
So, here goes.
A Psychiatrist, Engineer and Doctor got lost in the woods one dark winter’s night. Stumbling on a log cabin, they knocked on the door and, getting no answer, went inside for shelter. 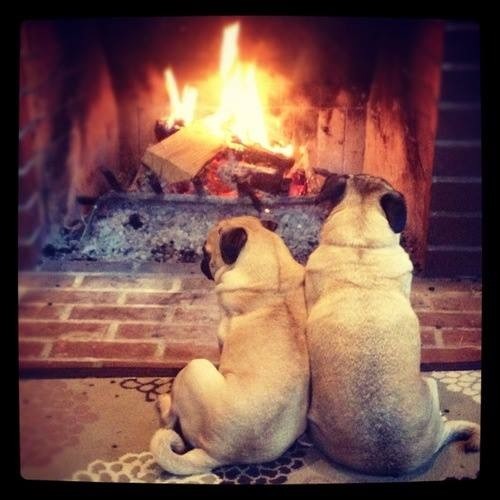 (We thought you'd like a nice seasonal picture!).
In the corner was a waist high platform, with a wood burning stove on top. As they warmed up their frozen fingers, the stove quickly became the centre of conversation.
The Psychiatrist said that the stove’s unusual position was evidence of psychological problems brought on by living in isolation in the woods.
The Engineer, on the other hand, thought it was an ingenious form of forced air heating.
While the Doctor diagnosed Arthritis, since there was no need to bend over to put wood on the stove.
When the owner finally arrived, they couldn’t resist asking about the stove’s design. “Simple” he said “the stove pipe was too short, so I had to put it on a platform!”
We may not have been there, but how often have we done exactly the same thing?
Put two and two together and made five. Thought we could read the other person’s mind. Made assumptions.
Sometimes the person on the receiving end has been a stranger. Other times a friend or colleague. More often, a close friend or family member.
Communication is a wonderful thing, when it happens.
But there are so many things that can derail it in an instant.
The baggage we carry. Assumptions we make.
The choice of wrong words.
Or ones that carry subtly different meanings, depending on the person’s background.
So much confusion could be removed in an instant by following one simple rule.
When something isn’t clear, just ask. We tell children to do it, but forget to do it ourselves.
Don’t assume. Or second guess. Or try to mind read.
Just ask. “I don’t quite understand. Could you explain it to me?”
And if you need an easy way to remember not to make assumptions, look again at how assume really reads.
Assume makes an ass out of u and me.
What better incentive to you need?!?
As always, the choice is yours!
Tagged as: Lifestyle, Mindset, New perspectives
Share this post: