Posted on 18th October 2017 at 07:30
As clients and regular readers of this blog will know by now we like to keep things simple.
That’s why we always focus on the small things you can do at home to help yourself. They’re all easy to do and quickly become part of your routine, so you don’t even have to think about them. Even better, they all have lots of other benefits as well, giving you more “bang for your buck.”
Despite this, all too often, we hear clients saying that they find even the smallest change difficult to do.
So why is this? 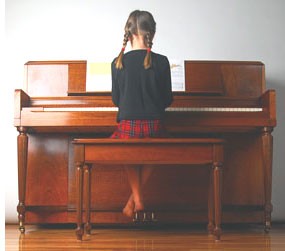 In our experience we’d say that the answer is twofold and all down to mindset. In other words the way you think about whatever it is you want to do.
As we said a few weeks ago, it’s very easy to trip yourself up before you’ve even started by saying – or thinking – to yourself that it’s going to be difficult. Talk about setting yourself up to fail. Not to mention making life much, much harder for yourself all round.
For some reason adults seem to make the assumption that doing anything new – or in a different way – is inherently difficult. But, if you stop and think about it for a moment, this simply isn’t the case. It’s just that you’re having to consciously think about what you’re doing, rather than doing it on autopilot. And, because you’re aware of what you’re doing, it seems to require more effort.
Added to this, there’s the underlying feeling that this change isn’t completely voluntary. It isn’t something you’d freely choose to do.
While you might be able to recite off pat all the reasons why it’s a good thing to do – and how it would help you – deep down you’re just not 100% convinced by it. Your heart AND mind aren’t quite in it. And we all know what happens where you’re not 100% committed to something…
So what’s the answer?
Well, it’s all about changing how you approach it. Rather than focussing on it being new and an effort, why not just say you’re practising doing it?
Instantly, you’ve taken all the pressure off yourself. It’s become a “work in progress” rather than something you have to do perfectly from the first time you do it. And, if it does go pear shaped, then you’re more likely to pick yourself up and start again. Which, ironically, is exactly what you did as a child every time you did something new.
Gradually it became easier to do and then, one day, it just happened without any conscious thought. Bingo!
It’s a bit like those music lessons you had at school. Most of the time you hated doing scales and all those other exercises you were forced to do. But, as you mastered them, you moved on to pieces with a recognisable tune. Even better, occasionally it was one you liked.
Each time you practised it became a little easier. Slightly more tuneful. And then, one day, you could play it without music. At the drop of a hat. With gusto.
And then the whole process started all over again as you moved on to something else. But, in the process, your confidence, skills and repertoire grew.
Well, that’s exactly what happens when you start doing something new as an adult.
It all starts with deciding to do something new. Accepting that you’ll mostly get it wrong in the beginning. And being willing to keep practising until it becomes automatic.
Or, put another way, “Repetition is the master of skill.”
It really can be that simple, if you decide it will be…
As always, the choice is yours.
Tagged as: Lifestyle, Mindset, New perspectives
Share this post: