The dangers of feeling sorry and wanting to help

Posted on 14th June 2017 at 07:30
There’s no doubt that the desire to help others is one of our most basic instincts. Done sensitively it’s one of those true “win win” situations. Providing assistance to the person concerned, while being incredibly satisfying for the one offering to help.
However, as most people have found out from bitter experience, – regardless of whether they were the helper or one being helped – there are some fine lines it’s all too easy to cross. 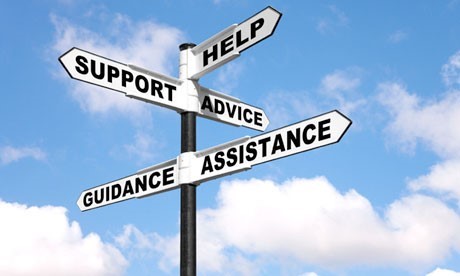 The most common one comes from not appreciating the fine line between “helping” and “interfering”. And we can all think of people this applies to without too much effort (!).
True help comes in response to a request for help, not from wading straight in without having been asked to. It’s unconditional and focuses on “service to others” rather than “service to self.”
If someone is having a tough time – for whatever reason – there’s nothing worse than a well meaning soul telling them what they should do. NOW.
And this is usually without them having first taken the time to find out whether the other person would actually like some help (!). Let alone what it is and then suggesting things they could do to help based on this.
All too often the conversation is “one way” accompanied by the veiled threat that they won’t “help” again if their advice isn’t followed to the letter. End of conversation.
Alongside this, there’s another line that’s all too easy to cross. That between “helping” someone address a particular issue AND creating a “dependence”; where they never resolve the issue and rely on external help on an ongoing basis.
Again, real help is all about gently encouraging someone to learn what they need to from the situation so they don’t repeat it. And then helping them move in the right direction. The alternative is repeating the same scenario – often over and over again – and then relying on someone else to get them out of it.
There’s one other trap we’d like to highlight today, one that’s all too easy for those offering help to fall into. And yet few people seem to be aware of it, despite it causing so much heartache. It’s about their motivation behind wanting to help. The “why”.
Does it come from a genuine desire to help – to be of service to others – or, as we’ve already mentioned, is there another agenda? Do they want to feel needed / in control / superior / “right” / fill in the blank?
Often people don’t stop to think about their real reason(s) for wanting to help. Or, maybe, they don’t want to admit what it is it to themselves. However, it’s vital for all concerned to be aware of these at the start to avoid problems later on.
One reason we hear mentioned more than any other is that they simply feel sorry for the person concerned. It’s the one that all scammers and con artists rely on, tugging on our heart strings. As do charities and other “do good” organisations.
While we can all relate to this sentiment, there are hidden dangers in providing help while motivated by feeling sorry for someone.
It starts by focussing on the need. The “problem” to be solved. And by definition “problems” are always negative, something we don’t want. While we may not be aware of it, this generates a huge amount of negativity for all concerned.
Having identified the “problem”, the kind hearted person increasingly identifies with those concerned. The reaction. Feeling sorry for them and their plight. How awful / upsetting / unfair / fill in the blank it is. This generates yet more negativity.
Not surprisingly, as we begin to feel sorry – or guilty – for those concerned, time or money is volunteered to address the problem. By doing so we feel “better” and our consciences are assuaged.
The irony is that by identifying something as a “problem” we unwittingly make things even worse. This is because all efforts are then focussed on getting rid of it. And, sadly, once we start fighting against something it only gets worse.
If you’re in any doubt about this look at all the things we’ve fought against over the decades. Whether it’s the war on drugs, terrorism, AIDS or cancer it never has the desired long term effect.
Why is this?
Quite simply because whatever we focus on grows. By focussing on whatever it is that we don’t want, we unwittingly create more of it.
Like a naughty child demanding our attention, the more attention we give him the worse he gets. “Whatever you resist persists.”
The only way to truly defeat what we don’t want is to change our focus on what we do want instead. Put all our energy, time and effort into the end result we do want.
Rather than helping others while feeling sorry or guilty for them; give any help gladly with thoughts of a positive outcome for everyone those involved. See them as being happy and living the life they desire. Not the one we think they should have. In this way we’ve helped everyone concerned, ourselves included.
And here are a couple of other thoughts to leave you with.
If you do find yourself wanting to “help”, ask yourself whether you actually have the right to interfere? Not only is it important to be clear on your motivation, but also on the likely outcome. However much you may want one particular outcome, this may not be realistic – or the best one – for those concerned.
And finally a more contentious thought. At the end of the day the best way to help others is to show them that they, too, can live the life they’ve always dreamed of. That they can clear all the rubbish out of their life and be happy. In other words, leading by example. Taking the plank out of your eye before taking the splinter out of another’s eye. By shining a bright light for them to follow.
As always, the choice is yours.
Tagged as: Lifestyle, Mindset, New perspectives
Share this post: