The perils of barbequed food - burnt on the outside, raw on the inside

Posted on 22nd July 2020 at 07:22
With the rather strange year we’ve been having – in every way (!) – and people having to spend much more time at home, it’s not surprising that the barbeque season started much earlier than usual. In fact, if there’s been one saving grace, it’s that the weather has been remarkably kind to us since the spring; allowing us to spend more time outside in our gardens…
Like us you’ve probably experienced your fair share of barbeques over the years; with the all too common “raw on the inside, burnt on the outside” offerings (!). All going well, you’ve survived them without any ill effects, although they account for a large number of food poisonings every year.
So, with the school holidays just starting it seemed like a good time for a gentle reminder – or two – about how to survive the barbeque season without any ill effects. 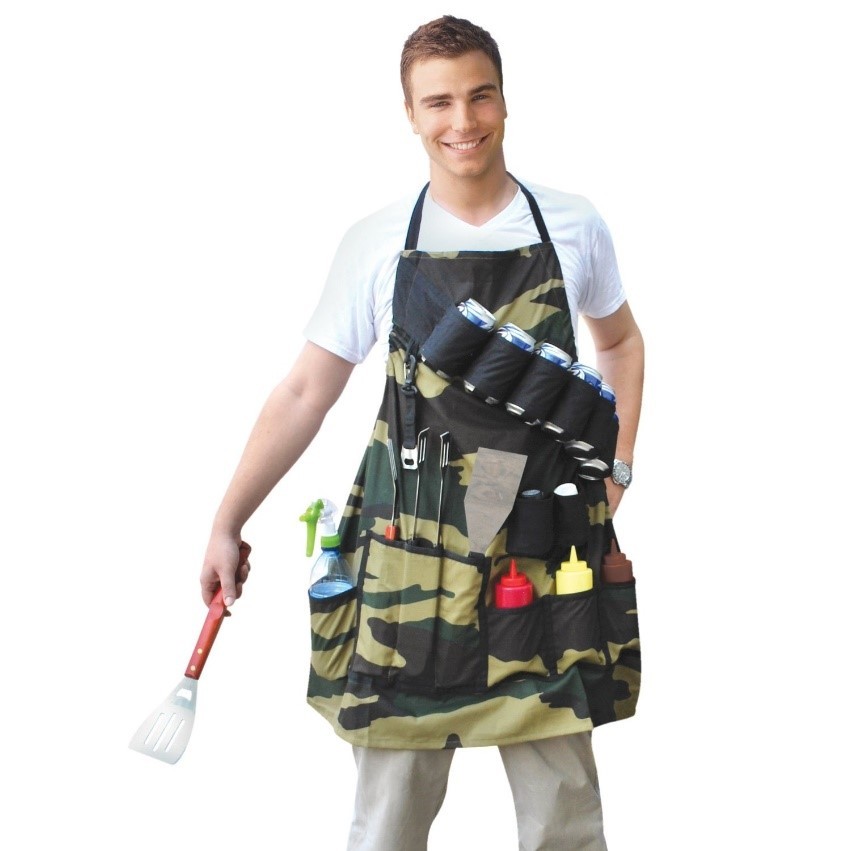 If you look at the figures for food poisonings, you’ll find that the number one culprit is undercooked chicken – or turkey, think Christmas (!) – with seafood, primarily prawns, a little way behind. This leaves pork, particularly, sausages in third place.
So, what is it about poultry that makes it such a common cause of food poisoning?
If you answered that it’s all down to how thoroughly it’s cooked, you’d be right; although the reason why this is so important may come as a surprise to you. And it’s all down to a chicken’s natural “internal flora and fauna”.
Confused? Let’s explain.
You’ve probably heard us talk about the “internal flora and fauna” which are naturally present in the Digestive System; not only of humans but animals as well. These include the so called “good bacteria” which help digest food, as well as carrying out numerous other functions. And the one we’d like to highlight here is acting as part of the Immune System’s first lines of defence.
Alongside them are the less welcome “bad bacteria” – including salmonella, e coli and helicobacteur – which have the potential to cause problems UNLESS they’re kept in check by the “good bacteria” and Immune System. The good news is that this usually happens without us ever being aware of it.
Not surprisingly the “flora and fauna” found in the Digestive Systems of different animals vary a huge amount, depending on factors such as what they eat and the conditions in which they live. This is not only in terms of WHICH “flora and fauna” are found there but also the LEVELS that can be tolerated by that particular animal.
Which brings us back to chickens.
Like many animals – including humans – chickens naturally have salmonella, e coli and helicobacteur present within their digestive systems WITHOUT causing any ill effects. However chickens can tolerate much higher levels of these than humans can – particularly salmonella – BEFORE suffering any ill effects.
This means that uncooked chicken will ALWAYS contain salmonella. And usually in much higher levels than the human Digestive System is designed to deal with. However it should be emphasised that the way the chicken is produced – and processed – can dramatically alter the levels of salmonella present.
Not surprisingly intensively farmed chickens kept in poor conditions are likely to have higher levels than free range birds; with organically produced chicken consistently showing the lowest levels of salmonella.
So now it becomes obvious why making sure ANY poultry is properly cooked is so important. And, if we go back to barbeques, there are a couple of simple things you can do to ensure your chicken is properly cooked.
The first is to use chicken breasts – or fillets – rather than those containing bones such as wings, thighs or quarters. Not only are they easier to cook, but do so much more quickly, without having to make sure that the bones are fully cooked through as well.
The second is to start cooking off on a lower heat – to ensure the meat cooks in the middle – BEFORE increasing the heat for that “barbequed” look. This ensures that the meat is properly cooked all the way through, rather than being burnt on the outside and raw on the inside. The cheat’s way of doing this is to start the chicken off in the oven on a low heat before finishing it off on the barbeque.
And this method works well for sausages too, which all too often suffer from similar problems (!).
But what if the worst happens?
Well you’ll know about it pretty quickly, with symptoms usually starting 12 to 24 hours after eating the meat. The first sign is stomach cramps quickly followed by diarrhoea and vomiting, often with a fever alongside.
Be sensible (!). Go to bed and keep warm, not forgetting to take a hot water bottle with you to help relieve stomach cramps. Drink plenty of room temperature water, remembering to take sips not gulps, which are likely to come straight back up again. You probably won’t feel like eating anything but, when you do, keep it bland. Dry biscuits, boiled rice or toast.
Once you’re starting to feel better take it slowly for a day or two, not forgetting to gradually build up what you eat. Little, often and bland is still the key.
And don’t forget to take Acidophilus for at least a fortnight afterwards to help restore the “good bacteria” in the digestive system.
There’s one other barbeque related subject we’d like to quickly mention before we close. And that’s the charcoaled look.
There’s no doubt that the barbequed taste – and look – is one of the reasons we go to all the trouble in the first place. However the high temperatures produced during barbequing cause changes within the meat and the release of chemicals known as “heterocyclic amines” – or HCA’s for short – particularly as the meat becomes charred.
Enjoying a barbeque from time to time won’t do you any harm (!) but over consumption of meat containing HCA’s have been linked to many health problems including prostate, colon and breast cancers.
As always, the choice is yours.
Picture by unknown author
Tagged as: Diet, Health, Lifestyle
Share this post: