Posted on 8th April 2015 at 07:30
Like many other labour saving devices, microwaves are such an accepted part of modern life that few people give them a second thought. Providing hot food in only a few minutes, they seem to be the easy antidote to our busy lives. Not only saving time in preparing meals, but in clearing up afterwards too. What’s there not to like about them?
Despite this, concerns continue to be voiced about them and their impact on our health. So what are they – friend or foe?
So let’s go back to the beginning. 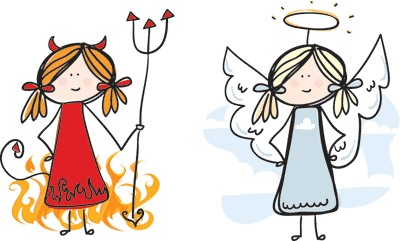 When were microwaves discovered?
The story begins in the 1940’s with self taught engineer, Percy Spencer. While building radar equipment, he noticed that a bar of chocolate in his pocket had melted. Intrigued, he carried out some experiments and found that directing microwaves at food caused it to heat up rapidly. From bars of chocolate he soon moved on to eggs, which heated up so rapidly they exploded.
Interestingly, around the same time, soldiers in Germany made a similar discovery. This time it was the heat generated by radar screens, which soldiers huddled around during cold winters to keep warm. Sadly it was subsequently found that these soldiers were also more likely to develop blood cancers and the use of this radar was abandoned.
Like Spencer, the potential was also seen to use microwaves to heat food. Experiments were carried out but, again, those eating the food were also found to be more likely to develop blood cancers. As a result the use of microwave ovens was banned by the entire Third Reich.
Yes, we know, this was a long time ago and things must have moved on since then. Of course they have but, sadly, the basics haven’t.
How do they work?
Microwaves are high frequency radio waves, well beyond the range of normal human hearing. As they pass through ANY organic matter – not just food – they’re absorbed by the water within its individual molecules, causing them to vibrate and expand. This, in turn, causes friction and so heat, warming the food up.
Unlike conventional cooking – where foods cook from the outside in – microwave cooking starts in the places with the highest concentration of water. This can be anywhere within the food. The heat – and cooking process – then spreads through the food from there. This is the reason why heating is often uneven and food has to be stirred – or left to stand – before serving; to allow heat to pass through the entire dish.
What effect do they have on the food itself – and on us?
While any form of cooking will ALWAYS effect the structure and nutritional content of any food; the frictional effect of a microwave causes much greater damage than conventional cooking.
Added to this, microwaving produces a much higher concentration of harmful substances – known as radiolytic compounds – than conventional cooking methods.
Research dating back to the 1990’s found that the body reacted to foods in a different way, depending on how they were prepared – raw, conventionally cooked or microwaved. In the case of microwaved foods, there was a marked change in blood chemistry, nutrient levels and immune function. Does this sound familiar? It was also noted that these changes became more obvious as time went on.
The eyes, in particular, have been found to be particularly sensitive to microwaves. This was discovered in the 1950’s, when workers exposed to this type of radiation were found to be prone to them. The reason for this is that the eyes don’t have sufficient blood vessels to dissipate the heat and cellular damage generated by microwaves.
As an aside what do most people do when they put the microwave on? Stand in front of it, watching their food go round. As microwaves can penetrate the casing – particularly when the door seal is worn – is it any surprise that the eyes are affected?
Other health issues linked to their regular use include a weakened immune system, lowered resistance to bacterial and viral infections, birth defects and cancers. However, as the nutritional content of the food is also significantly reduced, the indirect consequences are much wider than this.
So what’s the bottom line?
There’s so much more we could say about microwaves but let’s stick with the basics. The way they cook food is completely different way to conventional cooking methods. It results in greater damage to the structure AND nutritional content of the food. The food may look and taste the same, but appearances are only skin deep. While there may not be any immediate health consequences, over the longer term this doesn’t seem to be the case.
We know that many people remain sceptical about the health implications. But, at the very least, eating food with a reduced nutritional content isn’t going to be conducive of long term good health. The question is are you prepared to pay such a high price for a little convenience now?
As always, the choice is yours.
Tagged as: Diet, Health, Lifestyle, New perspectives
Share this post: