What's the difference between Bronchitis and Pneumonia?

Posted on 5th December 2018 at 08:15
Over the last few winters, there’s been a marked increase in the number of chest infections, particularly Bronchitis and Pneumonia. While many different causes have been suggested for this – colder, damp winters and changes in the bugs doing the rounds being the most common – as yet there’s no definitive answer.
Like many conditions with similar symptoms – such as Sprains and Strains, Dementia and Alzheimer’s – they’re easy to confuse. However, if you know what to look for, they are quite different. So, this week, let’s take a closer look at them. 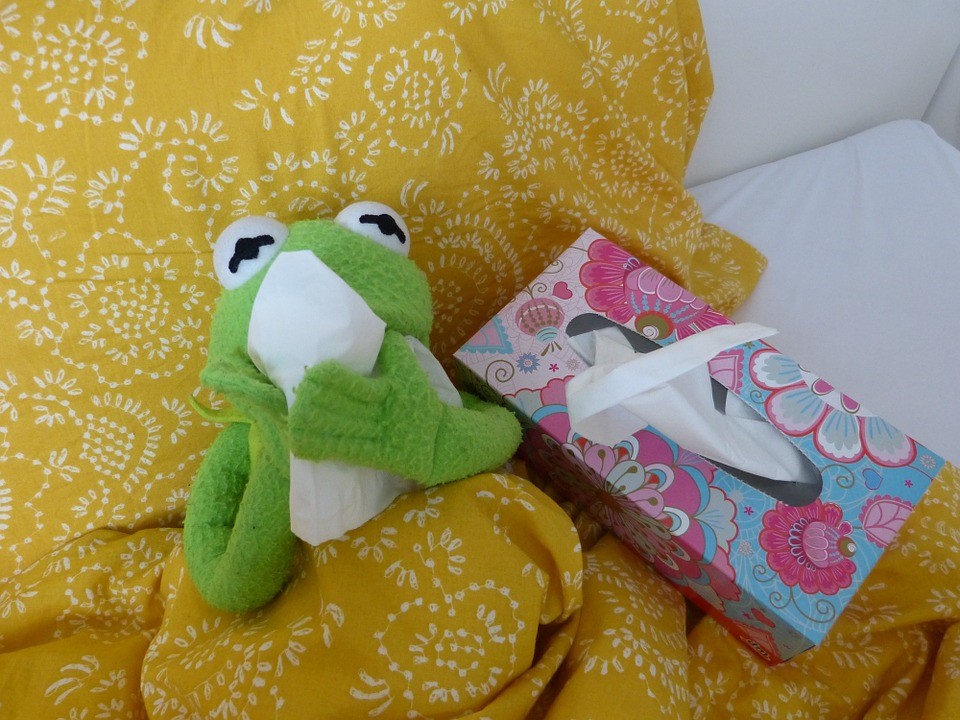 But, first, a quick biology lesson...
The Lungs are often described as a pair of spongy, air filled sacs, one on each side of the chest. When we breathe in, air passes through our nose / mouth down the Windpipe – or Trachea if you want to be technical (!) – and then into each Lung via the Bronchi.
Like the branches of a tree, each Bronchi divides into smaller and smaller branches known as Bronchioles. These end in tiny sacs, Alveoli, which look like bunches of grapes. This is where the oxygen contained in the air passes into the bloodstream and then around the body. At the same time, carbon dioxide passes back the other way, from the blood vessels into the Lungs, where it’s released back into the atmosphere.
As the air passes through the airways, mucus on the walls traps any dust or other particles – such as those from pollution – it may contain. This prevents them from passing deeper into the Lungs and causing damage to the Bronchioles and Alveoli.
So what are Bronchitis and Pneumonia?
Bronchitis is an infection which affects the lining of the Bronchi – the main tube entering each Lung – causing them to become irritated and inflamed. It’s usually caused by a virus and often follows a Cold or Flu.
There are two types of Bronchitis. Acute, which only lasts for a week or so, although there may be a Cough for several weeks after the other symptoms have gone. If it lasts longer than this, it’s then classified as Chronic and is accompanied with an ongoing productive cough. ie, one where phlegm is coughed up.
The main symptom of Bronchitis is the Cough, with much phlegm – of various colours (!) – being brought up. It’s accompanied by similar symptoms to a Cold such as a sore throat, blocked up nose, wheezing, tiredness, aching and a headache.
Pneumonia, is a much deeper infection, which affects the Alveoli – the tiny sacs where oxygen and carbon dioxide pass to / from the bloodstream – again causing irritation and inflammation. It’s an acute infection, usually caused by bacteria, although it may sometimes be caused by a virus or fungi.
Pneumonia has symptoms very similar to Flu, albeit with a Cough which may – or may not – produce phlegm. Not surprisingly, breathing is difficult and accompanied by chest pain, fever, loss of appetite and feeling generally unwell.
Being a deeper infection, Pneumonia is potentially much more serious than Bronchitis, although those with Bronchitis tend to feel more uncomfortable.
Sometimes, Bronchitis and Pneumonia occur at the same time, affecting both the Bronchi and Alveoli. It tends to be caused by a bacterial infection and is known as Broncho Pneumonia.
Who’s most at risk?
As with any infection, the elderly and very young are most at risk, as are smokers for obvious reasons. In addition, those with other health conditions – particularly those affecting the Lungs or Heart – or whose Immune System is below par.
Bronchitis will usually resolve itself quite naturally within a few days while Pneumonia has the potential to be a much more serious illness. There is also the added problem that Pneumonia can look very like several other conditions including Asthma and Flu.
As always, a little common sense is needed and if you’re at all concerned it’s always best to take medical advice.
What’s the conventional approach?
In both cases, bed rest and drinking plenty of fluids (!) often resolves the issue without any further treatment being needed.
Bronchodilators or steroids may be used to help open up the airways. Cough medicines can be used to help loosen the phlegm, making it easier to cough up. If the likely cause is bacterial, antibiotics may also be prescribed.
Things you can do at home to help yourself
Listen to your body. If you’re struggling to keep on your feet, take the hint and go to bed – or curl up on the sofa – with a hot water bottle and a duvet. You’ll get over it much quicker and will be less likely to pass it on to everyone else (!).
Drink plenty of fluids NOT tea and coffee. Fighting any infection burns up a huge amount of fluids and it’s important to keep well hydrated. Water, squash, fruit teas, honey and lemon all help. And don’t forget our old favourite, pineapple juice 50 / 50 with hot water, which is soothing as well as containing high levels of Vitamin C and bromelain to help break up catarrh and mucus.
You probably won’t feel like eating much, so keep your diet light so as not to divert much needed energy to your Digestive System. Soups, meals with eggs or based around vegetables.
Steaming may be a very traditional approach to any respiratory problems but it does open up the airways and also helps soothe inflamed tissues. Sitting over a bowl of newly boiled water, with a towel over your head to keep the steam in, does help. Only do it for a few minutes, two or three times a day, particularly before bedtime. Adding lavender essential oil or olbas oil will give it a bit of added oomph.
Similarly, if you’re a smoker, then don’t (!) – although you probably won’t feel much like smoking anyway.
Vitamins A, C and E along with Zinc and our old friend, Echinacea, all help support the immune system.
And, finally, when you do start to feel better don’t dive straight back into your usual routine. Take it easy for the first day or two to give your body time to recharge its batteries.
As always, the choice is yours.
Tagged as: Diet, Health, Lifestyle, Minerals, Vitamins
Share this post: