Who do you take advice from, the wise owl or chattering monkey?

Posted on 11th November 2015 at 07:30
Have you noticed that most people prefer to take advice from someone they know – even if they haven’t a clue about the subject under discussion – than someone who’s actually “been there, done that and got the t shirt”?
It’s one of those modern day mysteries and, when you take time to look at it, makes no sense at all. So, why do people still do it?
Our answer is that it’s down to some very faulty logic – which you’ve probably never stopped to think about – and goes something like this: 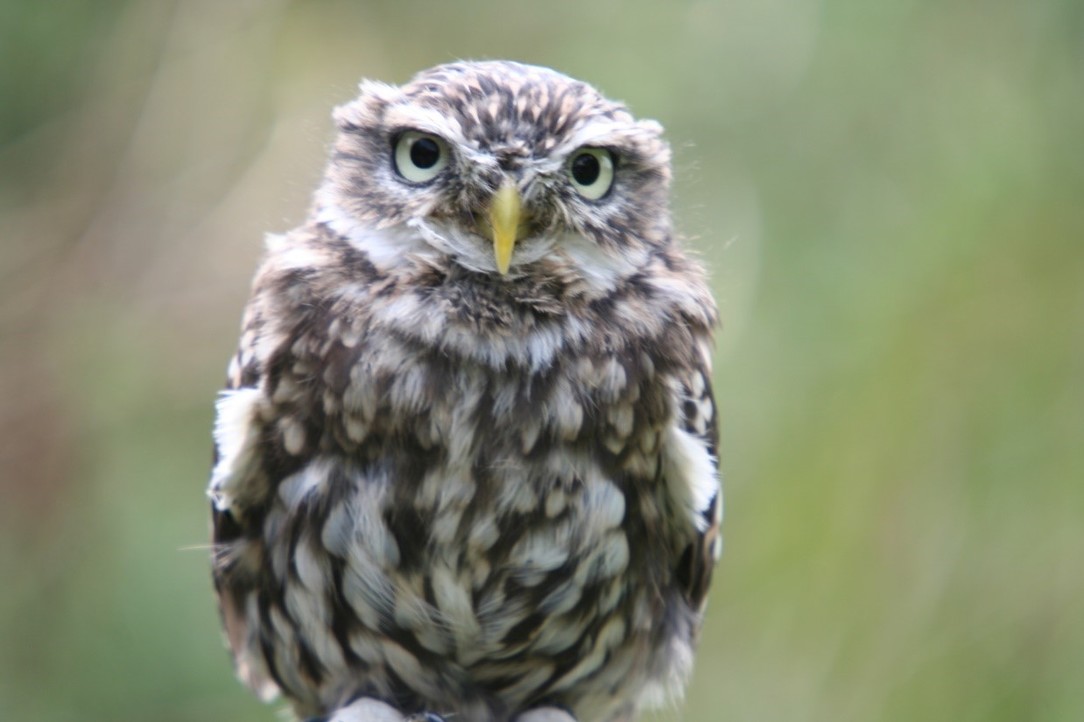 (And this “handsome chap” is a Little Owl by the way)
“I need some advice. Who should I go to?
Should I go to someone I know – a friend or family member – or someone I don’t know / know very well who’s actually done it?
Well, I can trust the friend or family member, they always give me advice when I ask for it.
I don’t know the other person / very well or how they managed to do it. They’ll probably think I’m stupid.
And, anyway, they probably did it in an underhand way or another way I wouldn’t like / feel comfortable with.
So, I’ll be safe and ask the friend or family member.”
When you step back to look at it, doesn’t it strike you as completely mad? Seeking advice from someone who doesn’t have a clue.
But it doesn’t stop there.
What happens next? When you ask the friend or family member for advice on something they have no idea about.
Will they say they don’t have a clue – and risk making themselves look stupid as well – or point you in the direction of someone who can really help?
Probably neither.
Instead, they’ll repeat whatever they’ve heard on the subject under discussion – a bit like “Chinese Whispers” – which doesn’t help at all.
So is it any surprise that you end up completely confused and don’t achieve the result you wanted?
Put another way, would you ask someone who had never driven a car to teach you to drive? Or someone who couldn’t speak French, to teach you the language?
No, of course not. And yet we still do it.
But there’s one more trap it’s easy to fall into. And that is the illusion of knowledge.
Taking one of these examples a stage further, say the person knew all the theory about how to drive a car, but had never been behind the wheel. They could talk all about it, but not actually drive a car.
So what would happen if you asked them for advice? Well, they’d sound very knowledgeable, but the end result would be the same.
More confusion and “Chinese Whispers”. And not achieving the end result you desired.
If you take another look at what’s going on beneath the surface – besides some very faulty logic – you’ll see one common thread coming up. And that’s the desire not to look stupid. By both the person asking for advice and the one giving it.
But, in a strange twist of fate, that’s exactly what happens. Asking advice from someone who hasn’t a clue isn’t very bright. Nor is giving advice on a subject you have no experience of. And yet that’s what people do.
Compare this with asking advice from someone who’s actually done it. Yes, it may be scary plucking up the courage to ask them. But, not only will you be getting great advice, but they’ll get a real sense of satisfaction from helping you PROVIDED YOU USE IT.
If you don’t, don’t expect to get a warm welcome from them next time. There’s nothing more frustrating to someone who has “been there, done it and got the t shirt” than being asked for advice for it to be ignored or only partly used.
So now we’ve shone a light on a trap it’s so easy to fall into, it’s over to you.
Isn’t it time to take advice from those who really know – and have done it – than continue relying on those you trust, but really haven’t got a clue?
As always, the choice is yours.
Tagged as: Lifestyle, Mindset, New perspectives
Share this post: