Why sleep is so much more important than you ever thought

Posted on 4th December 2019 at 07:40
Like many other things in life, good sleep is something we take for granted until we find ourselves clock watching in the small hours. If we’re fortunate, it’s only an occasional occurrence. Just one of those things.
However, for a significant number of people it’s become a much more regular event, particularly after the biannual clock changes. And, for some reason, the recent “fall back” to winter seems to have taken people much longer to adjust to than normal.
We all instinctively know that regular – and good quality – sleep is important for many reasons. It makes all the difference between a good day and one that seems to last for ever, which we have to drag ourselves through. However, it goes much deeper than that, with poor sleep playing a part in many other health problems. 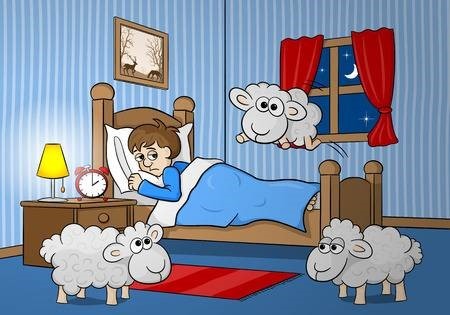 If you need a quick reminder about why sleep is so important, we wrote a post about it a while ago. You can find it by clicking here. It's all about why we need to sleep, what’s “enough” and simple things you can do at home to help ensure a good night’s sleep.
Let’s start with a few things we’ve all experienced after a night – or two (!) – of poor sleep:
• Slower thinking (!).
• Reduced productivity and creativity.
• Reduced ability to perform more complex or new tasks.
• Poor memory and slower recall.
• Slower reaction times and an increased risk of accidents both on the road and at work.
• Reduced physical and athletic performance.
• Low moods and increased irritability (!).
The good news is that we can easily “catch up” and quickly become our usual selves, without any ill effects.
However, longer term, many other problems are linked to poor sleep. These include:
Increased levels of Anxiety. It’s thought that a lack of sleep affects the Prefrontal Cortex of the Brain, which in turn increases activity in the Emotional Centres, leading to greater levels of Anxiety. Research suggests that lack of sleep could increase Anxiety levels by up to 30%. And this is without increased levels of adrenaline being needed to keep you on your feet and functioning day to day…
Increased risk of High Blood Pressure, Heart Attacks and Strokes. Research from the USA, which looked at the effects of the biannual clock changes on cardiovascular incidents, neatly illustrates the impact of sleep changes. It found that in the spring, when we lose an hour’s sleep, there was a 24% increase in Heart Attacks in the weeks immediately after the clock change. However, in the Autumn, when we gain an hour’s sleep, there was a 21% decrease in Heart Attacks over a similar period. As one of the Researchers so eloquently put it: “This is how fragile your body is with even the smallest perturbations of sleep.”
Reduced immune function. Both in terms of the efficiency and “strength” of the immune response, as well as the ability to recognise previously encountered pathogens.
Increased risk of neurological problems such as Depression, Dementia and Alzheimer’s Disease. This is thought to be due to the disruption of the detoxification process which occurs throughout the body, including the Brain, during sleep. As a result, waste products build up, affecting the Brain’s chemistry and function. In addition, as people age, the blood brain barrier – which helps protect the Brain – becomes more permeable allowing more toxins to enter. In addition, it’s been found that poor sleep is linked to many psychiatric conditions.
Premature ageing. It’s thought this is due to the disruption of hormone production, particularly those released by the Pituitary Gland in the Brain during sleep.
Increased risk of degenerative diseases, including Cancer. It’s suggested that this may be due to disrupted melatonin production. Melatonin plays an important part in helping to set our natural – circadian – rhythms, as well as inhibiting the growth of abnormal cells.
And, finally, some other links researchers have made with poor sleep, although the exact reasons for them are not entirely clear:
• Increased risk of Type 2 Diabetes and also Obesity.
• Increased risk of pain and perception of pain.
• Increased susceptibility to stomach ulcers.
• Increased risk of Osteoporosis.
So why are we telling you this?
It’s easy to be aware of the risks associated with a bad night – or two (!) – of sleep. Taking more care as we go about our day and being a little kinder to ourselves. But, where it becomes more of an ongoing problem, it’s easy to accept it as “just the way things are” and not take steps to address the issue.
However, there’s also a much bigger issue at play here. It’s all to do with lifestyle factors, the little – and not so little (!) – things we do every day without ever stopping to think about their long term effects. Not only sleep deprivation but poor diet, excess weight, smoking, drinking, drug taking, lack of exercise, stress and unresolved emotional issues.
Interestingly, a recent study put poor sleep, diet and a lack of exercise together at the top of the list of high risk lifestyle factors. And this is without even considering their cumulative effect, which may not become apparent for many years – or decades – later.
It may be something we'd prefer to ignore (!) but lifestyle factors are much more important in health issues than previously thought. So, yet again, it’s all about making connections. The common link(s) between many seemingly different health issues. Then making small changes to the things we do every day – usually without thinking – to get things heading in the right direction. And while this may all sound like hard work, the good news is that these can quickly add up to make a significant impact to overall health levels, often in a very short length of time.
As always, the choice is yours.
Tagged as: Health, Lifestyle, New perspectives
Share this post: