Yet another reason to drink more water...

Posted on 24th April 2019 at 08:30
We all have our own particular pet subjects and, as many people have pointed out over the years, drinking water is one of ours. To us, it’s such a no brainer – our bodies are over 75% water after all – and yet so many people still seem to struggle with it. Why is this?
Well, the simple answer is that something which should be so simple and instinctive has become incredibly complicated. Not only in terms of how much water we should drink each day but exactly what constitutes water. And, as an aside, it’s amazing how creative people can be when trying to explain the rationale behind what they’re drinking each day. We’re not just talking about alcohol either…. 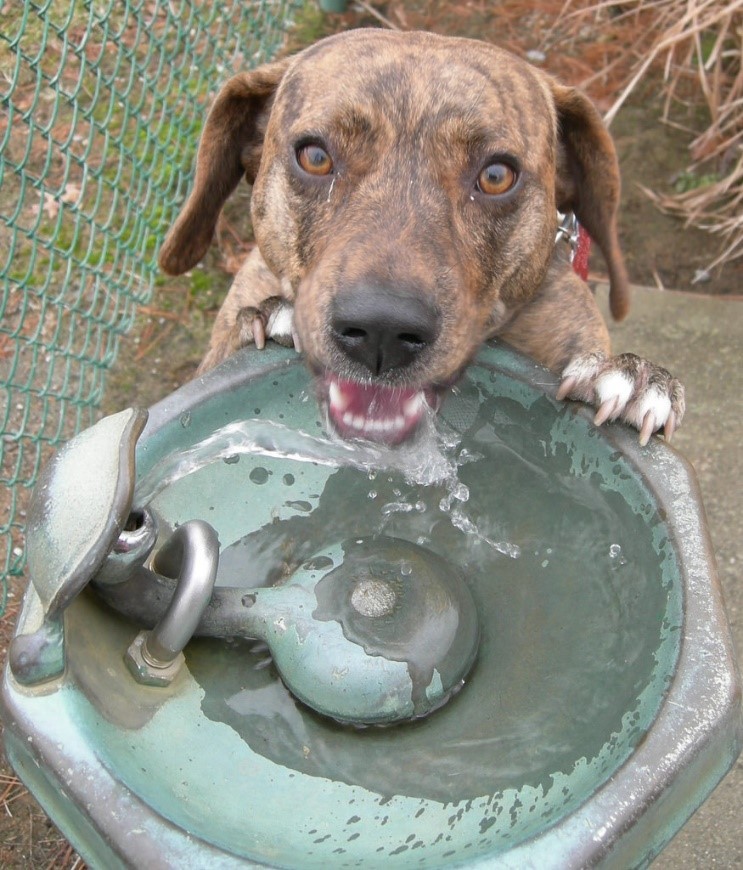 As a rule of thumb, we all need about 2 litres of water a day BUT – and this is a big but – a little common sense is needed. If it’s hot or you’re doing strenuous exercise, then this figure needs to be increased to offset the extra water being lost in sweat.
Similarly, if you’re regularly drinking tea, coffee or alcohol – all of which are dehydrating – then, again, more water is needed to offset their effects.
Less obvious are some of the other things that can be dehydrating. Smoking – and this includes e cigarettes (!) – as well as air conditioned / climate controlled buildings / vehicles, whatever the time of year. Some medications – and not just diuretics – also come into this category too.
Where the confusion really seems to start is when the subject of suitable alternatives to water come up. While it may sound over simplistic, the easy answer is that there is nothing like pure water (!) so there is really is no choice to be made. However, from many conversations with clients, we know that more of an explanation is needed, so here it is.
If we ignore all the various labels on drinks marketed as acceptable alternatives to water – low sugar, no sugar, no added sugar, high hydration, healthy, natural, carbonated or not – they’re really just soft drinks. Sadly, soft drinks are well known for being very acidic – from the sugar, sweetener or carbon dioxide for fizz they contain. Added to this, they’re also imbalanced from a mineral point of view, particularly phosphoric acid.
With phosphoric acid being found in many foods and drinks, let’s quickly digress and tell you a little bit about it. Phosphoric acid is a colourless liquid which is used to give soft drinks their tangy – thirst quenching – flavour. It also acts as a preservative, helping to prevent the growth of moulds and bacteria, which can easily multiply in sweet drinks. While phosphorous is an essential mineral for a healthy body, in larger amounts it makes the body acidic, as well as affecting its ability to use other minerals such as iron, zinc and magnesium.
To clear the resulting acidity from the body, calcium and magnesium have to be released from the bones. This then has to be removed from the body via the urine, which is where problems begin. Not only does this result in extra work for the Kidneys – so putting them under unnecessary strain – but, where these drinks are regularly consumed, calcium simply can’t be removed from the Kidneys quickly enough and can start to build up, leading to Kidney Stones.
The bad news is that even the smallest Kidney Stones – the size of a grain of sand – can cause excruciating pain as they move down the narrow tube linking the Kidney and Bladder. And this is in addition to any damage they may have already caused to the fine tubules in the Kidneys.
The good – or less bad – news is that the majority of Kidney Stones pass on their own, either without medical treatment or before the person can get to hospital. However, it’s estimated that the probability of a repeat increases to around 50% of cases, with many people experiencing a series of Kidney Stones during their lives.
Traditionally, Kidney Stones tended to be seen in adults, usually between the ages of 30 and 60. However, in recent years, they have started to be seen in children and younger adults particularly those who are overweight – or obese – as well as Diabetics.
While it may not be immediately obvious, soft drinks may be the common denominator, both in terms of their sugar content and acidity. Artificial sweeteners are no better, being both acidic in nature and interfering with the feeling of satiety – the feeling of fullness after eating – which can then lead to over eating.
So what’s the answer?
Well, as usual, it’s very simple. There really is nothing to compare with water, after all it’s what the body was designed to run on. Making the first drink of the day warm water with a twist of fresh lemon or grapefruit juice – both of which have a high content of citric acid – is a natural Kidney cleanse and helps prevent the formation of Kidney Stones. Diluted cloudy apple juice – which is high in malic acid – also has a similar effect.
Magnesium citrate can help remove excess calcium from the body, as can Vitamin B6. A regular dose of Vitamin C each morning will also help make the body more alkaline – as well as doing lots of other good things – so preventing calcium building up in the first place.
Removing acidic foods from the diet will also help, in other words processed and refined foods, added salt and sugar, along with too much red meat and dairy. Basing meals around fresh vegetables, salad and fruit will help to alkalinise the body, so making Kidney Stones less likely.
As always, the choice is yours.
Tagged as: Health, New perspectives
Share this post: