Why's a new Flu bug doing the rounds in May?

Posted on 6th May 2015 at 07:30
At this time of year – the middle of May – the last thing we expect to be talking to people about are Coughs and Colds. And certainly not a new Flu like bug doing the rounds. One which seems to be affecting those who wouldn’t normally succumb.
It’s been described as like having Flu but without a temperature. Having been one of the lucky recipients (!) – hence the lack of blog for the last couple of weeks – we can understand why so many people are describing it as Flu. Oh and saying they seem to have lost all their oomph!
Interestingly the same two questions have been raised by clients over and over again in the last few weeks.
Why has it appeared now? And why me? 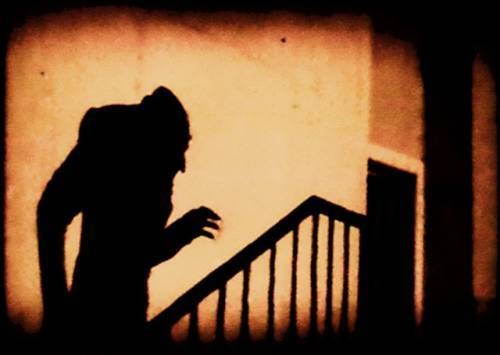 The timing question raises all sorts of possibilities. Some point to the very changeable and damp weather this spring. Others to stress levels being generally high. Not to mention the uncertainty caused by the recent General Election (!).
A more contentious suggestion is that the recent piloting of the new nasal flu vaccine for children may be a factor. While this may sound a bit far fetched, many people have noticed that each autumn a new winter bug seems to start doing the rounds shortly after the annual Flu vaccination programme begins. Unlike the other bugs doing the rounds it always seems to include a Cough which lingers until the Spring. And a lingering Cough has been a particular feature of this latest bug.
This takes us on to the “why me” question and a very commonly held preconception we regularly hear from patients. Quite simply, that is if you’re healthy then you should never succumb to any of the bugs doing the rounds.
While it sounds like common sense, this logic misses one very important point. This is that bugs aren’t “lurking out there” – wherever “there” is – just waiting to pounce on any unsuspecting person who passes by.
It’s all about susceptibility. If you’re susceptible to a particular bug you may go down with it. But it’s not guaranteed. If you’re not susceptible, you won’t. It’s really as simple as that.
So what makes a particular person susceptible?
A major factor are the choices we make every day. The things we talk about regularly in this blog. Diet. Water. Exercise. Stress.
It may be down to a bug hitting your particular weak spot. And we all have one. Perhaps it’s that you’re more prone to chest infections and this is what happens to be doing the rounds. Or tonsillitis. Or sinus problems.
Or it may simply be down to circumstances. On that particular day you were really tired and had skipped a couple of meals, having had a heavy night out with your mates (!). So your energy levels were much lower than usual and your immune system didn’t have the resources it needed to cope. On any other day, you’d have been fine, but not on that particular day. It can be that arbitrary.
While we’re looking at things from a slightly different angle, let’s dispel another very common assumption.
This is that having the occasional bug is a bad thing. After all, it does no harm for your immune system to have a work out from time to time. “Use it or lose it”. Really it’s no different to sending troops out on manoeuvre, to make sure they know what to do if the worst happens!
Not only that, but it acts as a great detox as well. Just think of the junk being cleared from your body when you’ve got a streaming cold.
Or are coughing stuff up. Or running a temperature and burning it off.
So, instead, why not see the occasional bug as a good thing? A time to be sensible and give your body what it needs. Rest, plenty of water and a sensible diet. Do this and you’ll be up and about in no time.
Struggle on and we can guarantee that you’ll take much longer to get over it and be miserable in the process. Oh and be likely to pass it on to other people in the process.
And if you need another reason, the comment we hear most often from people after they’ve been sensible (!), is how much better they feel generally afterwards. As though they’ve spring cleaned their system which, in one sense, they have.
The bottom line is that there really is nothing to be worried about by the occasional bug. Just listen to your body and give it what it needs. And you’ll be up and about in no time.
As always, the choice is yours.
Tagged as: Health, Lifestyle, New perspectives
Share this post: